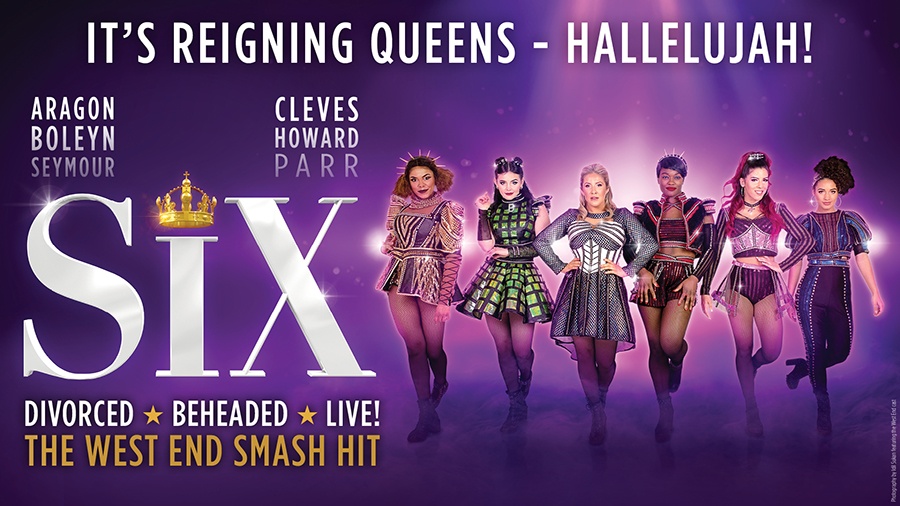 More than five centuries after they’ve kicked the royal buckets, Henry VIII’s ex-wives have come together to set the record of their lives – and deaths – straight. By going head to (in some cases, severed) head, as girl band Six, they take part in an X-Factor style competition to get their stories told and to figure out just which of them had the worst time of it.

From starting life as a student production at the 2017 Edinburgh fringe to conquering the West End and smashing tours of both the UK and America, Six has had a phenomenal two years. Its success has astonished nobody more than the writers Toby Marlow and Lucy Moss, who met while studying at Cambridge University. Toby also composed the music and Lucy was co-director of the show alongside Jamie Armitage. Choreography is by Carrie-Anne Ingrouille and Six comes to Milton Keynes Theatre in the last week of November.

Having been given the opportunity to finally tell their tales Lauren Drew, Maddison Bulleyment, Lauren Byrne, Shekinah Mcfarlane, Jodie Steele and Athena Collins turn these Tudor queens into pop princesses and five hundred years of historical heartbreak storms its way into an 80 minute celebration of 21st century girl power.