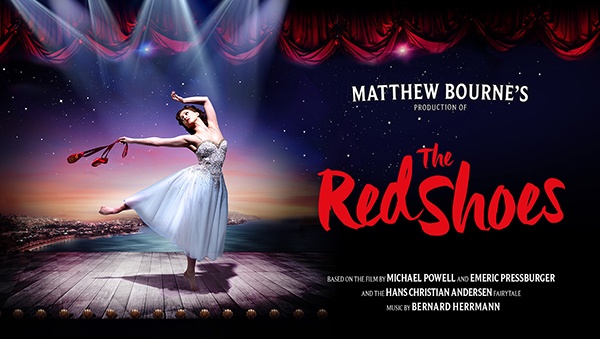 It was a sell-out at the world premiere in London in 2016 and on subsequent tours, both at home and abroad.

It won two Olivier Awards and has dazzled audiences across the UK and the USA. Now, we are delighted to announce that Matthew Bourne’s Production of The Red Shoes, the triumphant adaptation of the legendary 1948 Powell and Pressburger film, is returning to Milton Keynes Theatre this winter.

The Red Shoes is a tale of obsession, possession and one girl's dream to be the greatest dancer in the world – whatever the cost. It’s all going well for Victoria Page when she meets Boris Lermontov, the director of an innovative ballet company who has a knack for talent spotting. Vicky lives to dance but her ambitions become a battleground between two very different men who inspire her passion. The impresario brings her to stardom, but she risks losing her career when she marries composer, Julian Craster.

Set to the achingly romantic music of golden-age Hollywood composer Bernard Herrmann, The Red Shoes is orchestrated by Terry Davies and played live by the New Adventures Orchestra, with cinematic designs by Lez Brotherston, lighting by Paule Constable and sound by Paul Groothuis.

Matthew Bourne said: “I’m thrilled that for the first revival of our 2016 hit, "The Red Shoes", most of the original leading cast will be returning including Ashley Shaw in her multi award-winning performance as Victoria Page.”