The Paradis Files is coming to The Stables - Destination Milton Keynes

Home / News / The Paradis Files is coming to The Stables 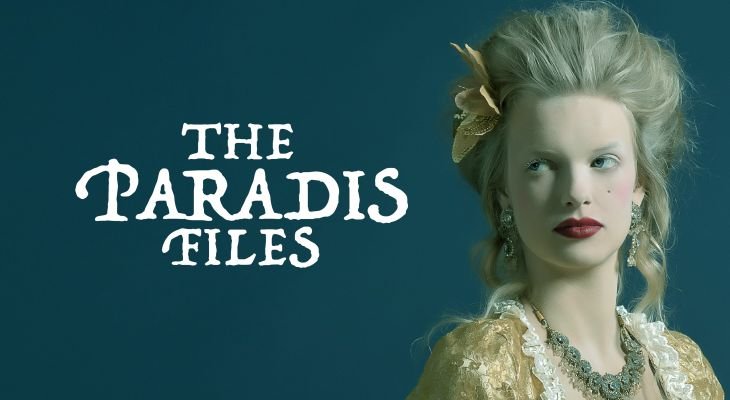 The Paradis Files is coming to The Stables

The UK’s leading disabled led theatre company today announces its first ever chamber opera and its second tour of spring 2022 – the world premiere of composer Errollyn Wallen’s The Paradis Files.  Directed by Graeae Artistic Director, Jenny Sealey, commissioned by The Stables for IF: Milton Keynes International Festival and produced with Curve Leicester and BBC Concert Orchestra, the production starts off with previews at Leicester’s Curve on 8 April and receives its London premiere at the Southbank Centre’s Queen Elizabeth Hall on 13 & 14 April before embarking on a nationwide tour.

In the glittering salons of 18th-century Vienna, Maria-Theresia von Paradis is a star. Pianist, composer, touring musician; this pupil of Salieri and friend (and alleged lover) of Mozart has captivated Europe with her own sensational talent. They call her The Blind Enchantress.

Yet behind this dazzling success story there are darker forces at work. Some of those closest to Maria-Theresia are looking to profit from her blindness. Others are looking to ‘cure’ her – whatever it takes.

In this newly commissioned chamber opera, this extraordinary woman is finally drawn out of the shadows to reclaim her place in the spotlight of music history.

“It is happening! In 2019, a moment of serendipity occurred when Selina Mills told me the story of Maria Theresia and her dream to make it into an opera.  Days later Monica Ferguson, Artistic Director of The Stables, asked if I would be interested in doing an opera for the festival and so the two ideas came together. Now,

years in development, working with a force of nature creative team of Selina Mills, Errollyn Wallen, Nicky Werenowska, Andrea Brown and Bernadette Roberts, we are finally doing our opera – bringing to life the extraordinary but forgotten story of Maria Theresia von Paradis, who was known as the blind enchantress.  I’m beyond delighted that we can now share it with audiences up and down the country, including the Southbank Centre in London which I’m thrilled we are returning to after 10 years. Thanks as always to our producing partner, Leicester Curve, the BBC Concert Orchestra, to all our funders and supporters and most of all to  The Stables who commissioned the project in the first place.”

“We are excited to see our vision for a new accessible opera come to life on stage this Spring – the creative team have been inspirational throughout the process. This exciting commission reflects our commitment to engaging the widest range of people with music in all its diversity.”

“We’re thrilled to be partnering with Graeae on such a fantastic project. The BBC Concert Orchestra are looking forward to help bring this extraordinary story of Maria-Theresia von Paradis to life on stage.”

“Graeae are one of our leading theatre companies, who continually create truly innovative work which electrifies audiences, breaks down barriers and ensures theatre is truly accessible to all. It is a thrill for all of us at Curve to be partnering with Jenny Sealey and her fantastic team on the world premiere of this extraordinary new opera, The Paradis Files.”

“Maria Theresia von Paradis’s story is fascinating and thrilling – we’ve all heard Mozart’s story from the male-dominated European salons of the 18th century and now it’s time for Maria’s exhilarating story to be told. With a sensational score, gorgeous setting and incredible story, what’s not to love? We are looking forward to welcoming the Graeae team to Leicester and launching this brand-new production.”

“The Southbank Centre is absolutely delighted to be welcoming Graeae Theatre Company to the Queen Elizabeth Hall to stage their new chamber opera, telling the extraordinary story of blind musician Maria-Theresia von Paradis in The Paradis Files. I believe that the hall, steeped with music history is the perfect London venue to see von Paradis reclaim her place in the spotlight of music history. It has been ten years since we welcomed Graeae’s Reasons to Be Cheerful to the Queen Elizabeth Hall, and we can’t wait for them to present this brand-new work directed by Jenny Sealey, with music by Errollyn Wallen, in their unique maverick style and give audiences a night to remember.”

All performances will creatively integrate BSL, captioning and audio description.