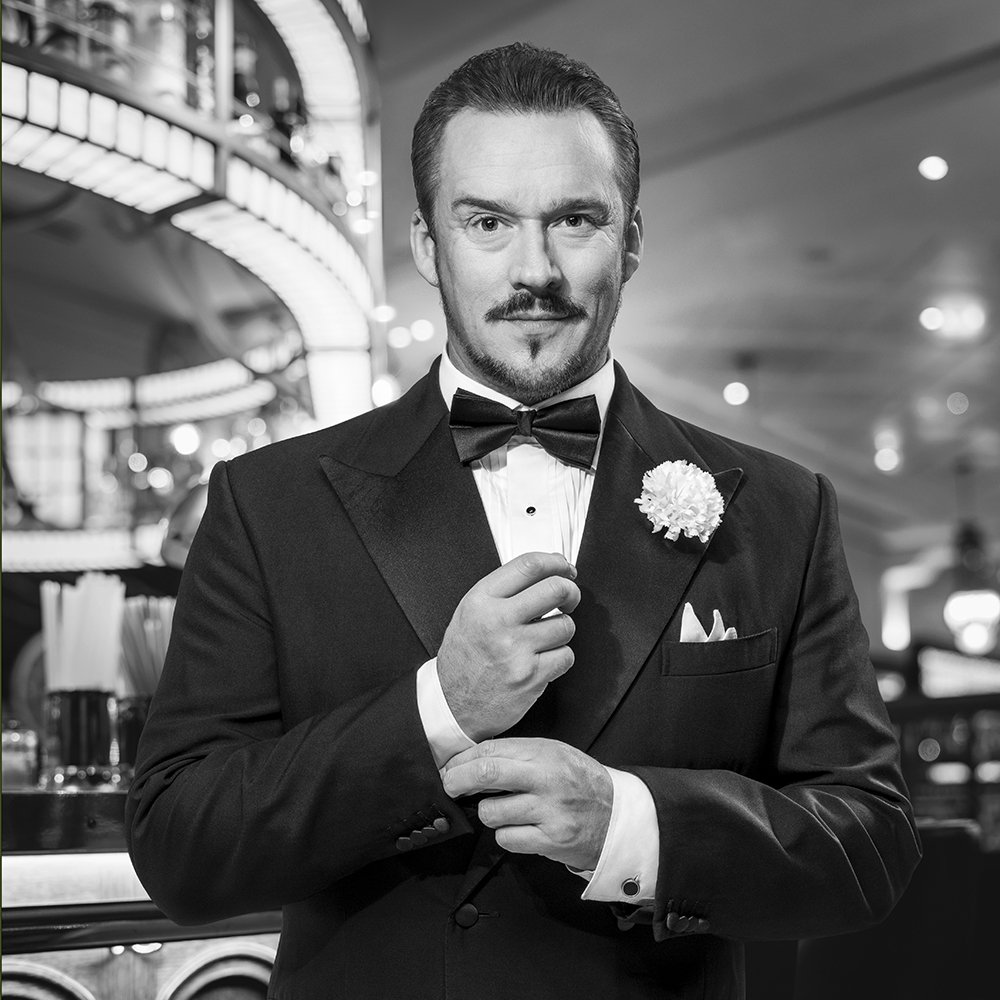 David Ian in association with Barry and Fran Weissler are delighted to announce that world renowned singing sensation Russell Watson will play the role of ‘Billy Flynn’ in the UK and Ireland tour of the international smash hit musical CHICAGO. Russell joins Faye Brookes as ‘Roxie Hart’ and Djalenga Scott as ‘Velma Kelly’. His first performance will be at the Liverpool Empire on Monday 7 February 2022. The tour will be heading to Milton Keynes Theatre from Tuesday 8 to Saturday 12 March.

Russell Watson is regarded as one of the world’s greatest classical singers, having released ten critically acclaimed studio albums. His debut album, ‘The Voice’ held the number one chart position in the UK for a record-breaking 52 weeks. Throughout his extensive career Watson has collaborated with Meatloaf, Lionel Richie, Paul McCartney, Alexandra Burke, and Luciano Pavarotti. He recently appeared as a contestant on the twentieth series, and castle edition, of ITV’s I’m A Celebrity… Get Me Out of Here! His stage credits include Parson Nathaniel in Jeff Wayne’s The War of the Worlds on tour and Karl Oscar in the English speaking world premiere of Benny Andersson and Björn Ulvaeus’ Kristina at Carnegie Hall and the Royal Albert Hall.

Faye Brookes (Roxie Hart) recently reached the final of this year’s series of ITV’s Dancing On Ice. She is best known for her role as Kate Connor in ITV’s Coronation Street, for which she won a National Television Award. Her theatre credits include Princess Fiona in Shrek and Elle Woods in Legally Blonde, both on national tour, Ann/Edna in That Day We Sang directed by Victoria Wood at Manchester’s Royal Exchange, Liesl in The Sound of Music at Regent’s Park Open Air Theatre and Frenchy in Grease at the West End’s Piccadilly Theatre. Faye’s other TV credits include Agnes Franklin in Our Girl and Helena in Atlantis, both for the BBC.

Djalenga Scott’s (Velma Kelly) West End credits include Lily St Regis in Annie at the Piccadilly Theatre, Joseph and the Amazing Technicolor Dreamcoat at the New London and Chicago at the Adelphi, Cambridge and Garrick Theatres. Her other credits include Anita in the national tour of West Side Story, Rizzo in Grease at Curve Leicester, Magenta in The Rocky Horror Show and Carmen in Fame, both on European tours, the US tour of Batman Live and Bombalurina in Cats at Kilworth House. Djalenga’s screen credits include Scarlett/Esme in Trapped for the BBC and Alexandra in the film I Give It A Year.

Set amidst the razzle-dazzle decadence of the 1920s, CHICAGO is the story of Roxie Hart, a housewife and nightclub dancer who murders her on-the-side lover after he threatens to walk out on her. Desperate to avoid conviction, she dupes the public, the media and her rival cellmate, Velma Kelly, by hiring Chicago’s slickest criminal lawyer to transform her malicious crime into a barrage of sensational headlines, the likes of which might just as easily be ripped from today’s tabloids.

*Fees may apply. Calls cost up to 7p per minute, plus your phone company’s access charge