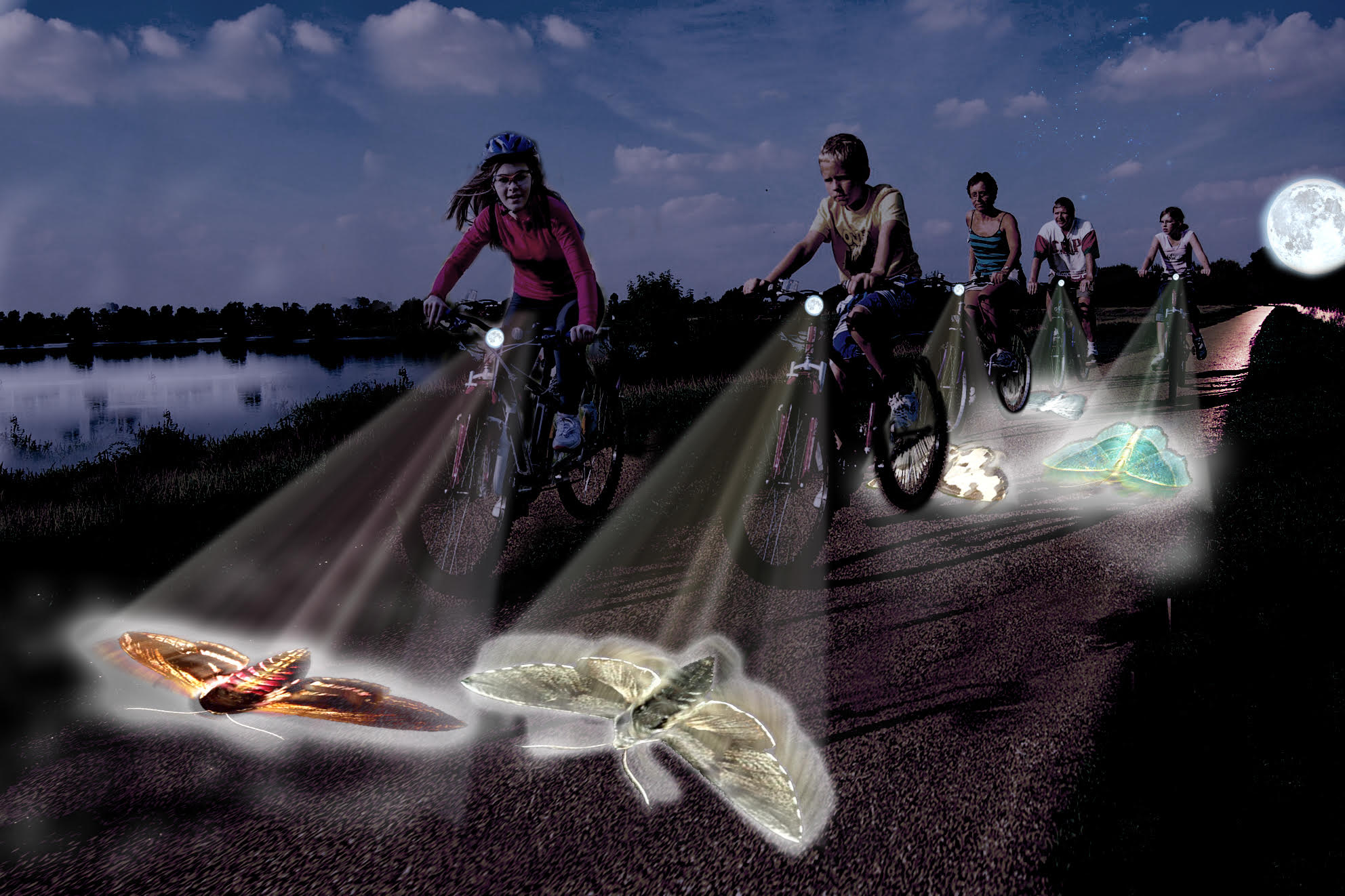 Reclaim the Redways in Milton Keynes

Following an open call for proposals, Milton Keynes Council has awarded five Reclaim the Redways creative commissions to build on the increased public uptake in cycling and walking during the pandemic.

MK Council COVID-19 Economic Recovery Funding has been allocated to encourage people to walk, ride, scoot and use public transport more often as they commute to work, explore their local areas, enjoy being outside and take time out to improve their fitness.

The result is Reclaim the Redways, an inspirational and innovative programme of new creative commissions. A panel selection process chose five commissions from 24 proposals submitted. They are:

The Guild is a collective of three local natural dye artists with a shared passion for natural dyes and heritage craft. Their aim is to challenge people’s perspective of Milton Keynes by uncovering the magic of nature which surrounds the Redway network. The Guild will host a series of natural dyeing workshops in various locations and in collaboration with local groups including the MK Hindu Association, YMCA, Camphill Community and Grand Mentors in Kiln Farm. Additionally, three ‘open to all’ workshops will be held at Milton Keynes Arts Centre. Each workshop will begin with a colour walk or cycle where participants will be encouraged to explore the biodiversity of their local area, foraging the flora to make a unique natural dye for tote bags. All findings will be published in a colourways map.

Illuminos are brothers Matt and Rob Vale, who for over 10 years have been creating visually inventive projection artwork. In a celebration of Milton Keynes’ Redway route and its rich natural history, Illuminos bring Moth’s to the Moonlight – A Lunar Cycle to Milton Keynes. During this family friendly event, participants will be invited to take part in a dusk cycle ride through Campbell Park. Each participant can mount a miniature video projector to their handlebars, each light depicting one of Milton Keynes’ unique moth species.

Cabinet of Curiosity design studio comprises of designer and maker Caroline Collinge and architect Edmond Salter. The duo will be creating and installing ‘a model village’ around the Redway routes encapsulating the spirit of Milton Keynes’ architecture whilst also providing sustainable habitats in the form of Bee Stops, Insect Hotels and Bat Boxes. The collection will then form part of a nature trail which will appeal to nature lovers, families and children.

Lawrence Wheeler and Jo Szram are entrepreneurs and digital artists based in Milton Keynes. Together with local artist Luke Mcdonnell they will create the UK’s first environmentally friendly augmented reality map. Redways Re-imagined will consist of a giant augmented reality mural depicting 300k of the Redway network, with image recognition built in so users can bring the network to life.

A new documentary film by Rob Key will explore how Milton Keynes is a discreet centre for secret intelligence in the UK. Using an E-bike as a primary mode of transport, Rob will explore links on the Redway with the intelligence network surrounding Milton Keynes, while at the same time exploring his family history and heritage in the area. Accessible via QR codes displayed at different points on the cycle network, three short films will offer a teaser for the documentary film and will create an interactive element on the cycle lanes.