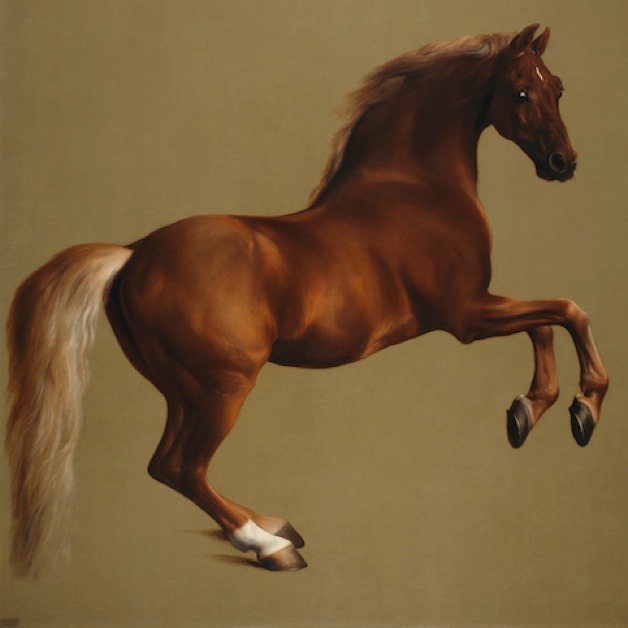 George Stubbs: ‘all done from Nature’ at MK Gallery in Milton Keynes will bring together more than 40 paintings and 40 prints and drawings including the rare loan of the National Gallery’s masterpiece Whistlejacket, as well as lesser known works, some of which have not been seen in the UK for decades.

George Stubbs (1724-1806) is one of the UK’s greatest artists. A self-taught draughtsman, painter and printmaker, Stubbs was also a genuine artist-scientist, who made a lasting impact on the study of anatomy and the natural world. It was only in the mid-20th century that his position as a modest animal painter was reassessed and he became recognised as one of the great Enlightenment figures, who charted the discovery of new animal species across the world and depicted them, as well as his trademark horses, with a sense of curiosity and empathy that transcended his extraordinary technical ability.

One of the major thematic drivers of the exhibition is the artist’s work with anatomy. The exhibition includes his groundbreaking, forensic drawings of horses produced during an intense 18-month period of dissection and classification. For the first time, these studies will be displayed alongside an actual skeleton of a horse, in this case, Eclipse – the legendary 18th-century thoroughbred and progenitor of over 90% of subsequent racehorses – as well as Stubbs’s paintings of Eclipse.

Stubbs’s little-known anatomical studies of humans – whether unborn babies or écorchés showing the facial muscles during laughter, terror and weeping – will also be included alongside a varied selection of remarkable depictions of domestic and exotic animals. These will supplement a selection of drawings from the artist’s last great endeavor, A Comparative Anatomical Exposition of the Structure of the Human Body with that of a Tiger and a Common Fowl, produced many years before publication of Charles Darwin’s On the Origin of Species, as Stubbs himself sought to identify equivalences across species.

Although his wide-ranging subjects included portraits, conversation pieces and depictions of exotic animals, Stubbs never tired of painting horses, and his reputation was established through the striking compositions that he brought to breeding, racing and hunting.

Anthony Spira, Director at MK Gallery said “Bringing the broadest survey of George Stubbs in 35 years to MK Gallery in our opening year is incredibly exciting. Looking at animals at a time when new species were being discovered has never been more poignant than in our own age of extinction. To be guided by one of the most forensic and empathetic chroniclers of the natural world in George Stubbs is a real privilege. We hope that showing an old master in a New Town will bring contemporary perspectives to this extraordinary work.”

A version of the exhibition will tour to the Mauritshuis in The Hague where it will be the first George Stubbs exhibition in the Netherlands.

The exhibition is co-curated by Martin Postle, Paul Bonaventura and Anthony Spira.