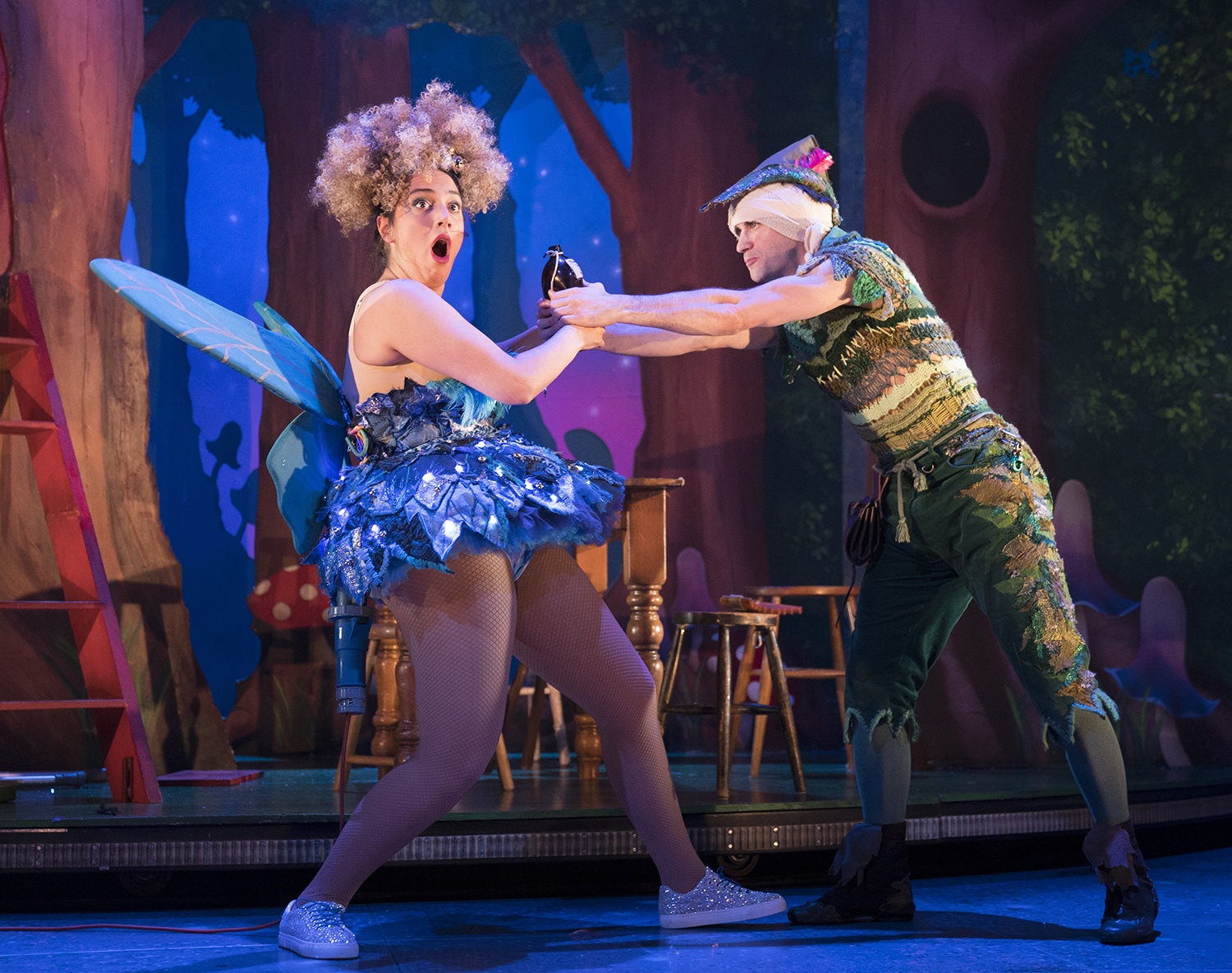 J M Barrie may well be turning in his grave at the Cornley Polytechnic Drama Society’s adaptation of his much-loved children’s classic as the cast and crew battle technical hitches, flying faux-pas and altercations amongst the actors.  Never was the possibility of actually reaching Neverland quite so hard to predict.

Mischief Theatre was founded in 2008 by a group of graduates of The London Academy of Music and Dramatic Art (LAMDA) and began as an improvised comedy group.

Nominated for an Olivier Award for ‘Best New Comedy’ in 2016, the show has enjoyed two West End seasons, a tour of Australia and New Zealand and a UK tour. A one-hour version of the show was broadcast on primetime BBC One in December 2016, starring David Suchet as the guest narrator and watched by an audience of over six million worldwide.

In a truly ensemble production the cast includes, Connor Crawford, Katy Daghorn, Phoebe Ellabani, Oliver Senton and Patrick Warner and the show is directed by Adam Meggido, with set designs by Simon Scullion and produced by Kenny Wax Ltd and Stage Presence Ltd.

In keeping with tradition and the legacy of J M Barrie himself who, in 1929, gifted the rights to his story, a donation from every ticket sold is given to Great Ormond Street Hospital.