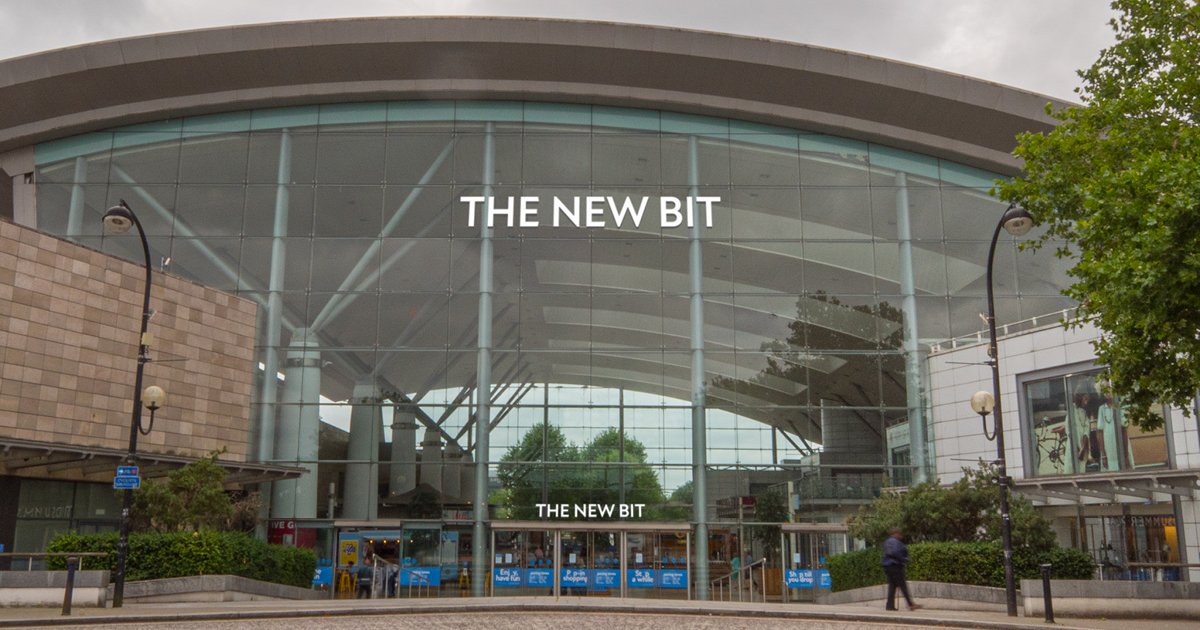 After 22 years of people calling Midsummer Place ‘The New Bit’, the shopping destination has ‘surrendered’ to public opinion and will change its name to ‘The New Bit’.

Since the centre opened in 2000, people in Milton Keynes have fondly continued to refer to the centre as ‘The New Bit’ in reference to ‘The Older Bit’ that is thecentre:mk. Despite it being over two decades later, shoppers continue to refer to Midsummer Place as being ‘New’.

“We think it is a wonderful reference to us and shows how positive people feel towards Midsummer Place,” said the General Manager, Shelley Peppard.

A recent survey conducted by national agency Flair Polo showed that 98% of the 500 people questioned knew the centre was called Midsummer Place.

Photos of how the new signage will look have been released and the final proposals are set to be approved on Friday 1 April.

Shelley adds: “Midsummer Place – The New Bit – is going to go through some exciting changes in the coming months and this will mark a new era for shopping and leisure in Central Milton Keynes. We opened our new US-based sports retailer Lids last week and we will be making further announcements in due course.”