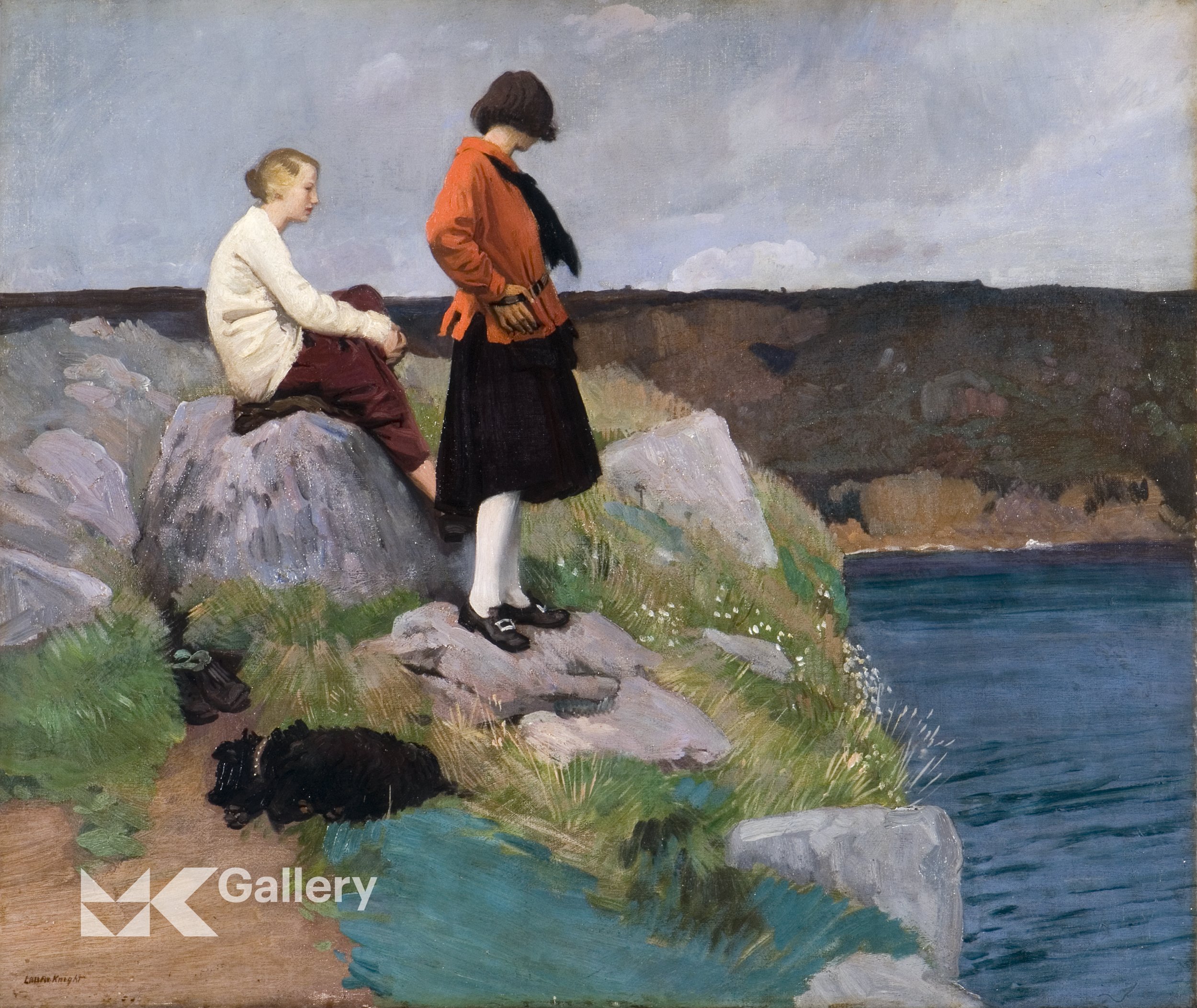 MK Gallery needs to raise £10,000 to stage the largest exhibition in over 50 years by Dame Laura Knight (1877-1970). With your support, MK Gallery will bring together over 160 works by one of Britain’s most important artists this autumn. Funds are being raised through the UK’s only crowdfunding platform dedicated to museums and galleries, in association with the Art Fund.

The donations, made by the public and businesses, will help to fund the logistics of bringing together paintings, drawings and design work from private and public collections across the UK – from Dundee to Brighton and Hull to Cardiff – many of which have never been on public display before. A proportion of the funds will be allocated to vital conservation work so that generations to come can continue to enjoy Knight’s incredible body of work.

Anthony Spira, Director, MK Gallery said:
‘With your help, we can bring an extraordinary exhibition together to celebrate the lifetime achievements of one of our most successful modern artists. This is the first time that MK Gallery uses a crowdfunding approach. Donations can start at just £5 so hopefully this will appeal to large numbers of new supporters and art fans. We depend on people’s generosity to develop these ambitious projects for Milton Keynes but this will definitely be an opportunity not to be missed’.

All levels of donation to the campaign will receive a reward – from postcards of Laura Knight’s work to a limited-edition print by British photographer Hannah Starkey, whose staged portraits of women draw inspiration from Knight’s compositions.
Hannah Starkey said: ‘One of the great things about being a female artist is discovering the works of female artists that came before me and understanding their legacy. Looking at the world through ‘the female perspective’ in Laura Knight’s work feels like a conversation through time.’

Laura Knight was one of England’s most popular and prolific artists, a radical painter of women, war, and marginalised people with a long career that saw her become the first woman elected to the Royal Academy of Arts and the first female artist to be made Dame of the British Empire.

The exhibition Laura Knight, A Panoramic View will survey Knight’s career spanning almost a century – from her fascination with the backstage world of ballet and the theatre and colourful portraits of everyday life, to her depictions of racial segregation in America and powerful commissions created as an official war artist during the Second World War. In addition to Tate and the Imperial War Museum, the exhibition will collect works from across the UK, including the British Motor Museum, the British Postal Museum, Cadbury’s Archives, the Royal Shakespeare Company, Royal United Services Institute for Defence and Security Studies, and the National Archives.

The fundraising campaign launches at midday on Wednesday 14th July and runs until midnight on Monday 16th August. Donations can be made via the Art Fund website:
https://artfund.org/celebrate-laura-knight

Photo: The Cornish Coast, 1917, Oil on canvas, On loan from and photo courtesy Amgueddfa Cymru National Museum Wales © Reproduced with permission of The Estate of Dame Laura Knight DBE RA 2021. All Rights Reserved.