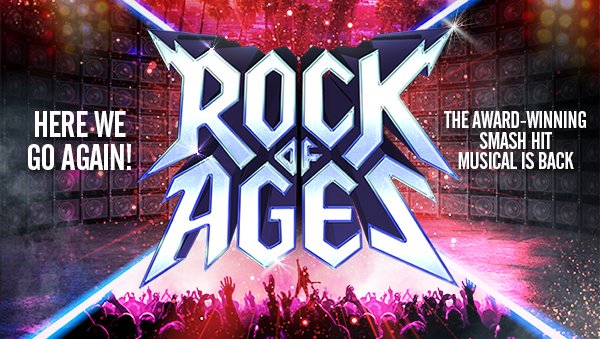 The smash-hit musical is back, and the party is gonna be BIGGER than ever!

Rock of Ages is the hilarious musical comedy lavished with over 25 classic rock anthems, including Don’t Stop Believin’, We Built This City, The Final Countdown, Wanted Dead or Alive, Here I Go Again, Can’t Fight this Feeling and I Want To Know What Love Is, played loud and proud by an awesome live band.