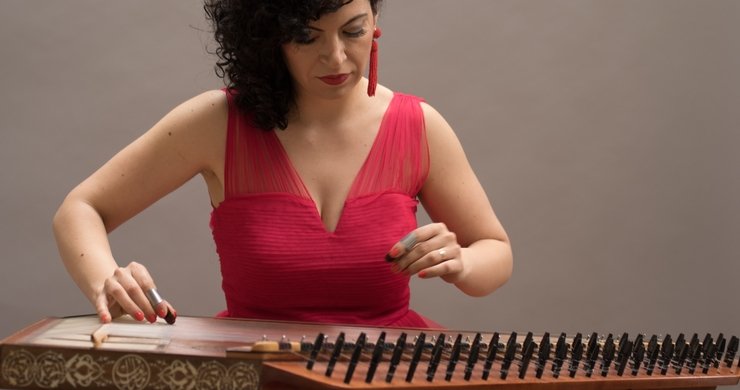 An exquisite concert played under Gaia by Luke Jerram in Middleton Hall.

One day when she was nine years old, Maya Youssef was on her way to the music institute in her hometown of Damascus in Syria. She was reluctantly studying the violin, but a beautiful sound was drifting through the air from a nearby taxi, and it stopped her in the tracks – it was the sound of the qanun, the 78-stringed Middle Eastern plucked zither. When Maya announced that she was determined to play the instrument, the reply was “Girls don’t play qanun”. This was a man’s instrument, played only by men. But not anymore.

Maya Youssef is now hailed as ‘queen of the qanun’.

For her, the act of playing music is the opposite of death and destruction; it is a life- and hope-affirming act, and an antidote to what is happening, not only in Syria, but across the world.