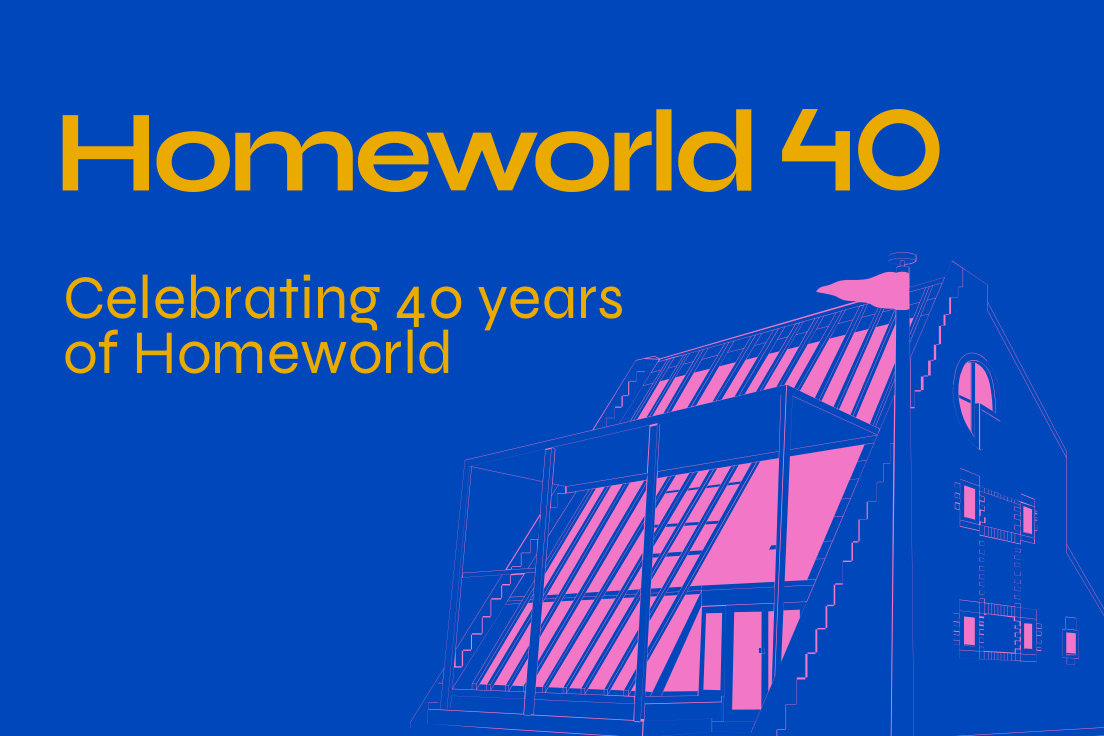 Celebrating the anniversary of Homeworld 1981

Between 4-16 May, Living Archive MK, Pooleyville and MK Council are supporting the delivery of an online programme of talks, screenings, events and activities celebrating the 40th Anniversary of Homeworld ‘81 – a significant and nationally important Housing Expo. Commissioned by Milton Keynes Development Corporation, Homeworld ’81 firmly established Milton Keynes as a leader in innovative, sustainable housing design. This free online programme will explore innovation then and how it relates to Milton Keynes now, with the new town’s aspirations to become the UK’s first carbon neutral city by 2050.

In May 1981, over 150,000 people paid to visit Homeworld – the first of three international housing exhibitions held in Milton Keynes (Energyworld in 1986 and Futureworld in 1992 followed). Set against the backdrop of the Oil Crisis of the 70’s and the growing Environmental Movement, the criteria for exhibiting at Homeworld ‘81 was energy conservation.

Thirty-six homes were designed and built in Bradwell Common, a short walk from Central Milton Keynes, by an international group of developers and architects which included celebrated New Zealand Architect Roger Walker’s only building in the UK, the World House.

Ranging from studio starter homes to large five bed detached houses, Homeworld incorporated innovative building techniques as well as internal features such as alternative heating systems and energy saving appliances. Homeworld 81 laid the groundwork and standards for what has now becoming commonplace in many of today’s homes.

The Sunday Times, Ideal Home Magazine and the BBC’s Money Programme – which monitored the energy efficiency of Superhomes’ Future House 2000 for a year after it was built – also supported the project and help to drive visitors from across the UK to Milton Keynes.

As we now search for new innovative, cost effective and ingenious ways to redesign our homes for 21st century living and working, Homeworld and its lessons are as relevant today as they were in 1981.

The programme features contributions from:

A specially commissioned documentary film, produced by the Living Archive MK, combining archival material and interviews with those involved with Homeworld 81 will also premiere as part of the programme.