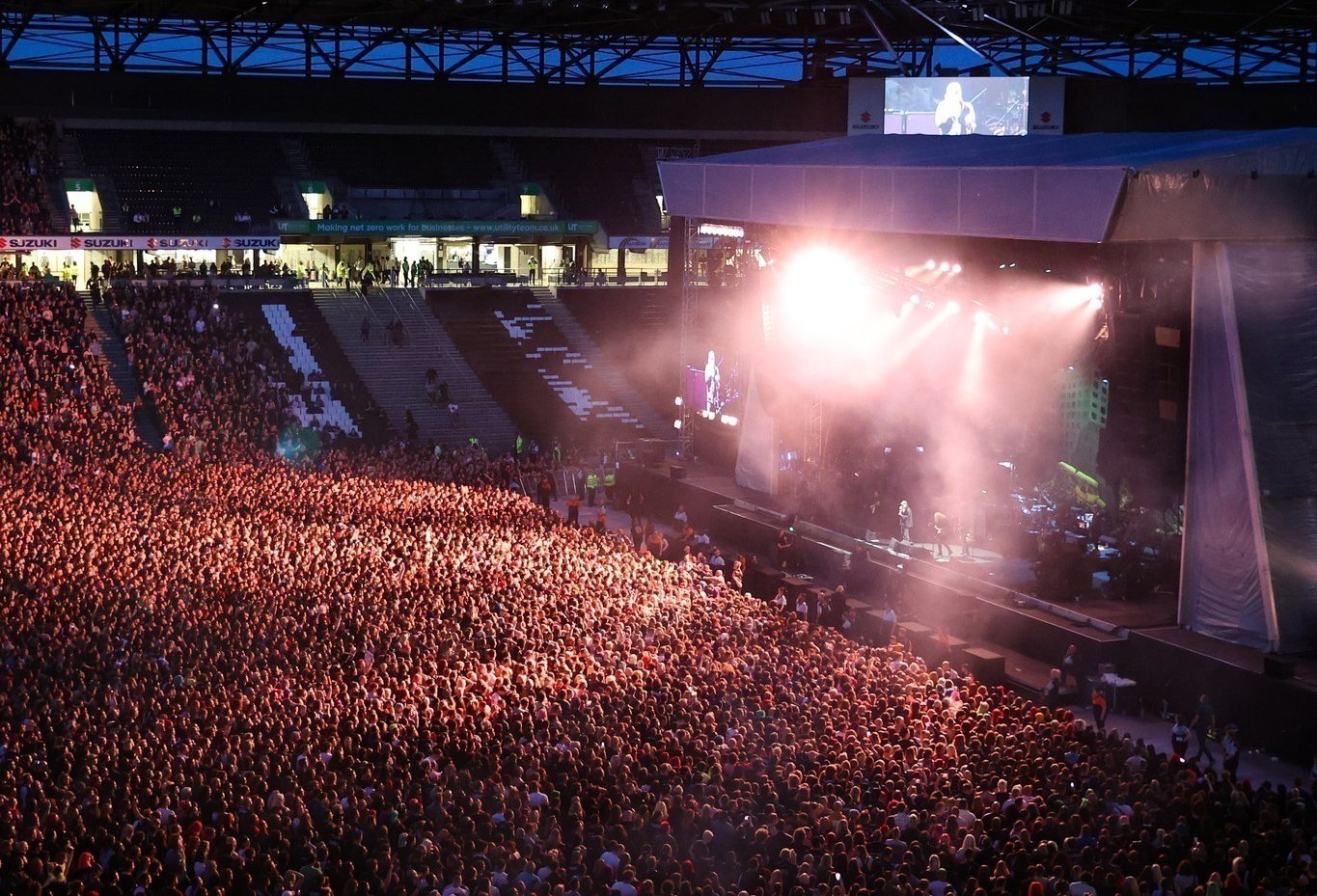 The American, Alt-Rock, Emo band returned to the UK for the first time in 11 years with the second, third and fourth shows taking place at Stadium MK, Milton Keynes. It’s safe to say the long awaited return was worth the wait. As lead singer Gerard Way ended the show on Sunday night addressing the audience:

The near 90,000 fans lucky enough to get their hands on tickets thought it was worth the wait and were treated to some classics such as ‘Helena’, ‘Teenagers’, ‘Black Parade’, ‘Na Na Na’ and ‘I’m Not Okay’ with new releases such as ‘The Foundations of Decay’ entertaining and providing a sing a long for the hardcore and lively MCR fans.

Across three nights My chemical Romance were joined by support acts Lost Alone, Aviva, Barns Courtney, Cassyette, Starcrawler and Charlotte Sands. Across all nights Placebo supported My Chemical Romance helping to warm up the crowd before the main event.

On Thursday, Lead singer Gerard Way, on stage said, “it’s been two and a half years since we’ve been able to do this, lets have some fun”.

The New Jersey Band Front man continued to chat with the fans claiming “This is the best tour of our whole journey” as Stadium MK acted as the bigger legs of the UK section of the European Tour. My Chemical Romance continue their European Tour with three more UK Shows and one in Ireland before heading to mainland Europe.

The three shows over last weekend at Stadium MK is just the start of concerts back in Milton Keynes. In June, we welcome Las Vegas Rock Band Imagine Dragons to play their ONLY UK TOUR SHOW on their Mercury World Tour. The Worlds biggest selling rock band of the decade come to Stadium MK on 18th June 2022. Tickets are still available.