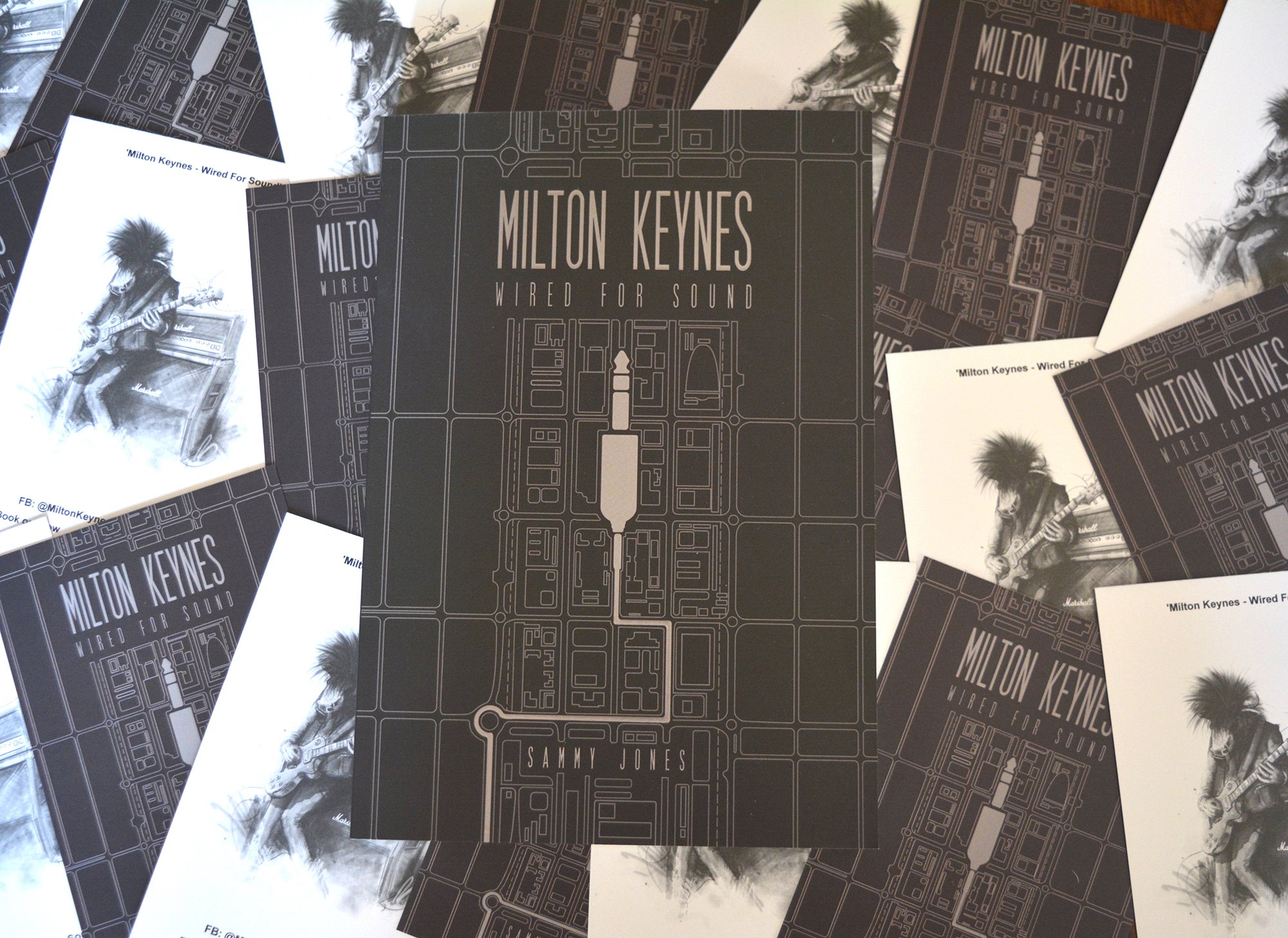 A new book released this week promises to be the perfect stocking filler for music lovers across Milton Keynes and beyond.

‘Milton Keynes – Wired For Sound’ cuts through the foundations of the new town and talks to many of those responsible for building music into its fabric. The book digs beneath the concrete and explores some of the music makers and risk takers who have made Milton Keynes a more colourful place.

Step back to the early days of rock ‘n’ roll and the famous Wilton Hall dances, learn more about the jazz stars who poured their passion into a music venue here, and join some of the National Bowl headliners as they recall standing on the world-famous stage.

The book is an opportunity to learn more about the Father of Loud, Jim Marshall, and the pages also probe the stories behind some of MK’s most popular bands and figures, past and present.

Milton Keynes-based author Sammy Jones has spent three decades writing about the music scene in the town and decided to tell the stories in the 350-page book.

“We have such a special musical history here, and so much of it hasn’t been documented – I decided it was time to put that right,” Sammy said, “Milton Keynes is home to one of the biggest names in music with Marshall Amplification, and the town has hosted some of the world’s best rock and pop stars at The National Bowl, and many of them were only too keen to share their recollections of playing here.

Wired For Sound brings the memories alive, and shines a light on our own local music scene.
“You’ll read about the top-flight recording studio that was set in a quiet corner of the town, and revisit the history of venues including The Sanctuary, The Stables and The Pitz.

“The book also explores the dance scene that made Milton Keynes a hotspot for youngsters from across the country, and much more besides,” Sammy added, “It has been a real trip down memory lane for me, and will be for the reader too.”

With more than 1000 images and sound bites from many of those who helped put music on the map, this is the story of how the new town became Wired For Sound…

Copies can be purchased online at https://py.pl/ObvQg or direct from Odell & Co Ltd (60 High Street, MK11 1AQ) in Stony Stratford.