Home / News / A celebration of skateboarding in Milton Keynes

A celebration of skateboarding in Milton Keynes 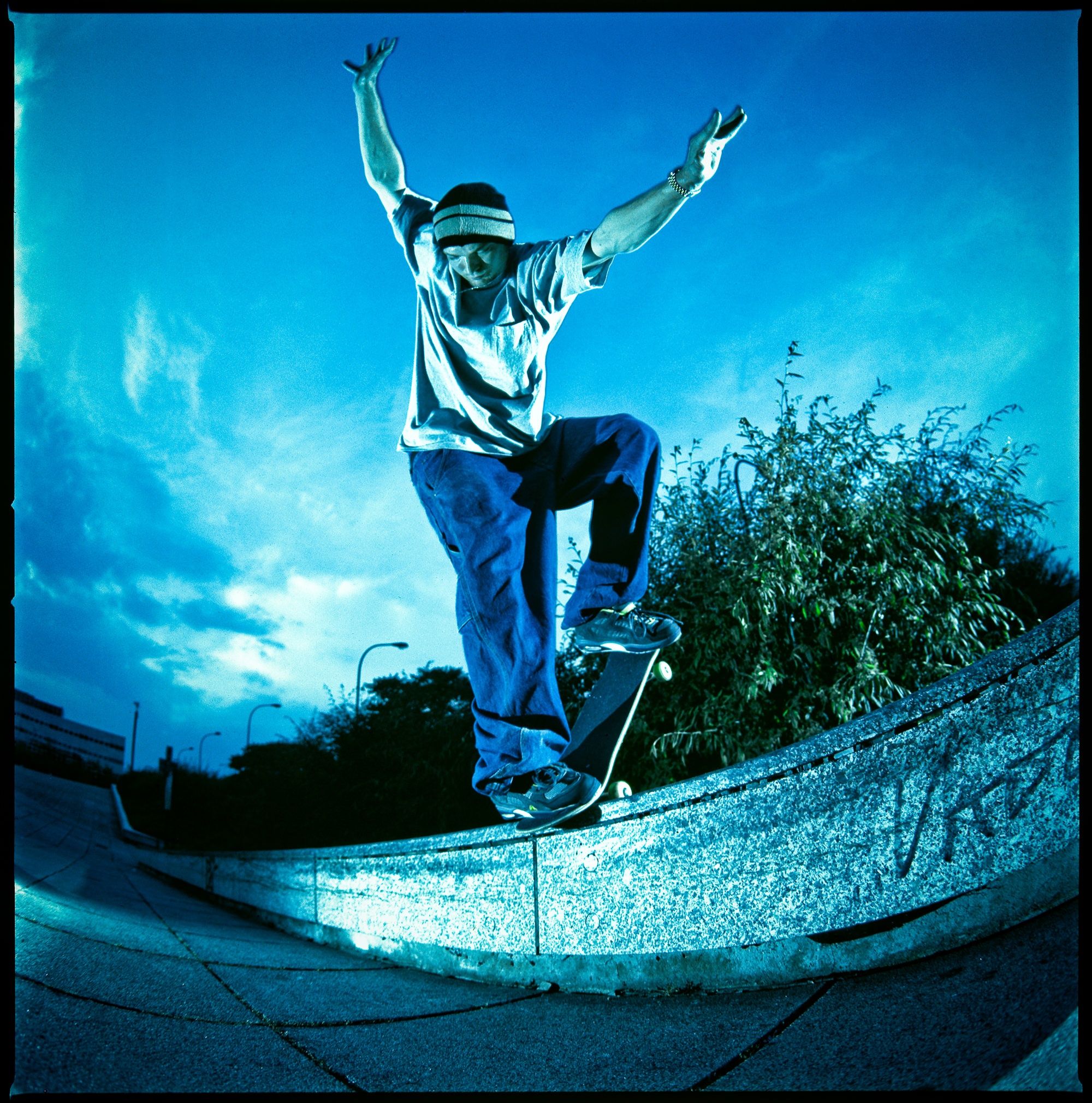 Milton Keynes has played a seminal role in the development of UK skateboarding culture, and since the late ‘80s and early ‘90s it has been regarded by many as the skate capital of the UK. It sits alongside the Undercroft at London’s Southbank and the Rom Skatepark in Hornchurch in Essex as one of the three seminal places for skating in the UK, and is the only city-wide in scale.

It is an important story which until now has remained unrecorded and largely unknown outside of the skate community. With skateboarding now preparing for its Olympic debut at Tokyo 2020, and its stock rising high in fashion and contemporary culture, MK Skate is a timely celebration of skateboarding in the UK and its particular relationship to Milton Keynes. As part of A Festival of Creative Urban Living, it also explores the specific contribution the city’s modernist architecture has had on the development of the scene, including on the development of pioneering UK skate talent, as well as the impact the cultural impact the city has had internationally through skateboarding.

Skaters were originally attracted to the city due to its smooth pavements, granite and marble infrastructure, as well as a wealth of stairs and handrails. The MK urban aesthetic, which closely reflected that of many US cities, was also highly valued in a culture in which documentation, in photography and video, is central. As such the city has featured more than any other UK city in hugely influential skateboard magazines, and in innumerable skateboarding videos. Since the ‘80s, many of the most influential US brands add Milton Keynes to their tour itineraries, increasing skating traffic and adding to the city’s appeal. Responding to increasing demand, and working with skateboarders, residents and commercial tenants, in 2005 Milton Keynes developed and opened Europe’s first ‘skate plaza’, The Buszy.

Starting with the radical punks in the early ‘80s, through to the impact of US skate films and tours in the ‘90s, and on to 2020 Olympic dreams, MK Skate captures the stories of pioneering UK skate talent such as Rob Selley, Sean Smith, James Bush, Zeta Rush, and now Olympic hopeful, Alex deCunha.

The exhibition features documentation from leading skate photographers Wig Worland and Leo Sharp, themselves from Milton Keynes, as well as by (Sidewalk Magazine) journalists Ben Powell and Ryan Gray, and filmmaker, Lindsay Knight; all their work will be featured throughout the project.

It also tells the personal histories of the generations of skaters, both hobbyists and sponsored, who have grown up in the city, which are shared through an oral history project and through an exhibition of their personal collections featuring pro skateboards, stickers, ‘70s polaroids, ‘90s baggy jeans, VHS and cine film, zines, and a rare pair of trainers named after The Buszy.

The MK Skate on-street exhibition will be hosted in a series of underpasses throughout Milton Keynes, along Midsummer Boulevard at Malborough Gate, Saxon Gate, Witan Gate and Elder Gate. The on-street trail will highlight areas of the city which were significant skating spots, where skating pioneers and celebrities have left their mark on the city.

MK Skate will be accompanied by a week of half-term activities between the 28 October to 1 November. Workshops and events will be organised by photographer Leo Sharp, dancer Mark Calape, and artist Tom Guilmard. The workshops will allow young people to garner skills in deck painting, photography and street dance.

MK Skate has been made possible by a £97,800 grant from The National Lottery Heritage Fund, funding and support from Milton Keynes Council, and is supported by centre:mk. The oral history archive and digital app are created by Living Archive Milton Keynes.