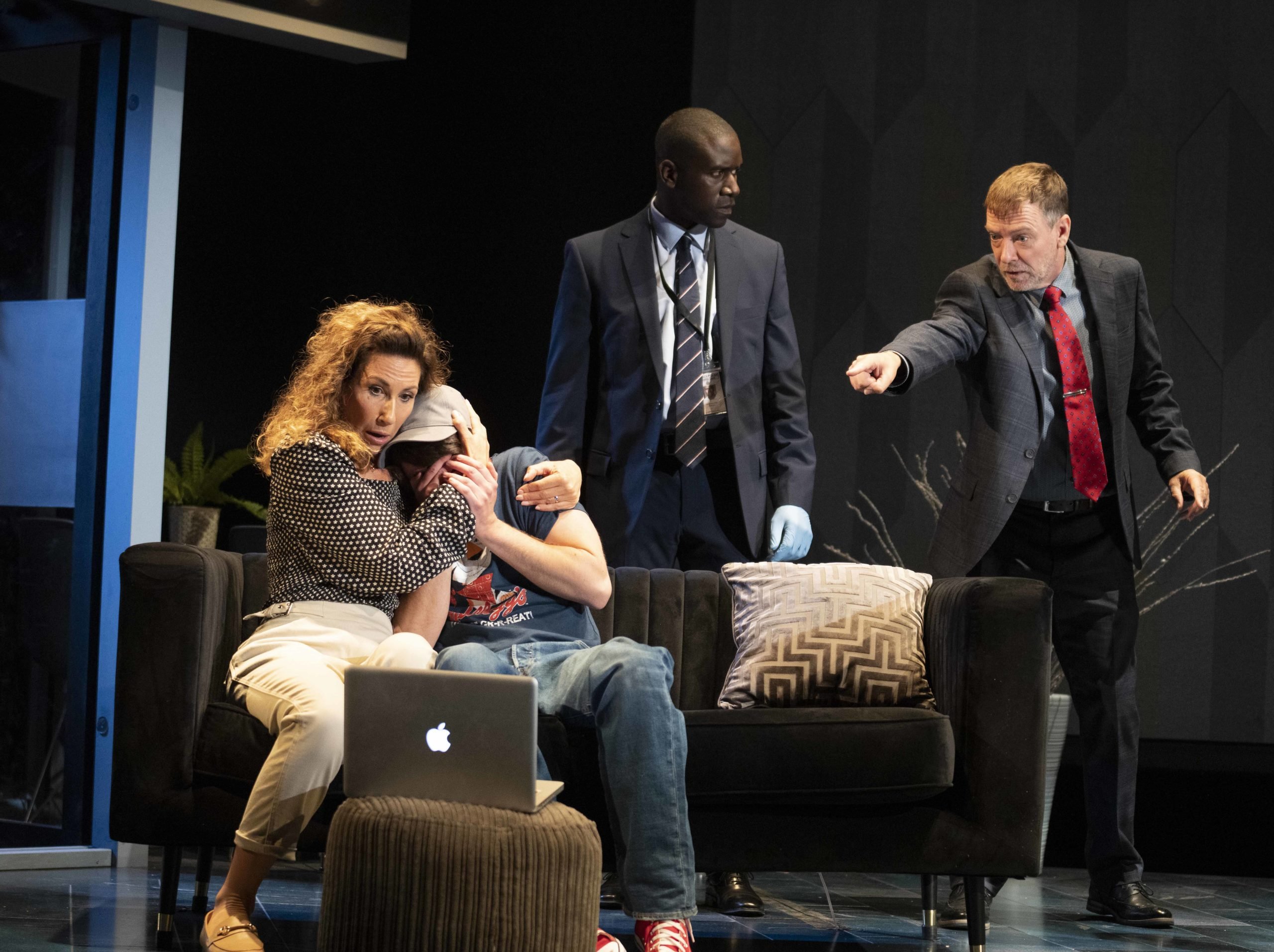 Milton Keynes loves a good thriller, and when it comes to Peter James’ stage adaptations, no stone is left unturned in creating a seat-gripping and heart-pounding experience.

The brand new production, which has been thrilling audiences since its premiere two weeks ago, will arrive at Milton Keynes Theatre from Tuesday 17 August. Looking Good Dead stars EastEnders’ Adam Woodyatt and TV and stage star Gaynor Faye as Tom and Kellie Bryce.

Completing the cast will be Harry Long as Roy Grace, Ian Houghton as Jonas, Leon Stewart as Branson, Gemma Stroyan as Bella, Luke Ward-Wilkinson as Max Bryce, Mylo McDonald as Mick and Natalie Boakye as Janie.

No good deed goes unpunished…. hours after picking up a USB memory stick, left behind on a train seat, Tom Bryce inadvertently becomes a witness to a vicious murder. Reporting the crime to the police has disastrous consequences, placing him and his family in grave danger. When Detective Superintendent Roy Grace becomes involved, he has his own demons to contend with while he tries to crack the case in time to save the Bryce family’s lives.

Adam Woodyatt is the longest serving cast member in “EastEnders” having appeared continuously as Ian Beale since the show began in 1985. For his portrayal of the role he was honoured in 2013 with the Lifetime Achievement Award and in 2015 after the “EastEnders” 30th Anniversary Live episode, Best Actor at the British Soap Awards. “Looking Good Dead” marks Adam’s return to stage in a play for the first time since 1982 as a 13-year-old at the National Theatre in Tom Stoppard’s “On The Razzle”.

Gaynor Faye played the role of Megan Macey in “Emmerdale” for seven years. She is also well-known for playing Judy Mallett in Coronation Street and most recently played Cheryl Armitage in the BBC1 drama “The Syndicate”. Her many other TV credits include “Fat Friends” and “Playing The Field”. Gaynor’s stage credits include Celia in the original West End production of “Calendar Girls” and Rose in the recent UK premiere and tour of “Band of Gold”. Other stage credits include the Narrator in Jonathan Harvey’s comedy play “Corrie!” and Cathy in “Wuthering Heights” for Hull Truck.

Peter James is a number one bestselling author of crime and thriller novels and the creator of the much-loved Detective Superintendent Roy Grace, now a major ITV series, GRACE. He has topped the Sunday Times best seller list eighteen times and has achieved global book sales of over 21 million copies which have been translated into 37 languages. Synonymous with plot twisting page turners, he has garnered an army of loyal fans throughout his storytelling career which also included writing for TV and producing films. He has won over 40 awards for his work, including the WHSmith Best Crime Author of All Time Award, Crime Writers’ Association Diamond Dagger and a BAFTA nomination for The Merchant of Venice starring Al Pacino and Jeremy Irons for which he was an Executive Producer.