Home / News / What a year it’s been for intu Milton Keynes!

What a year it’s been for intu Milton Keynes! 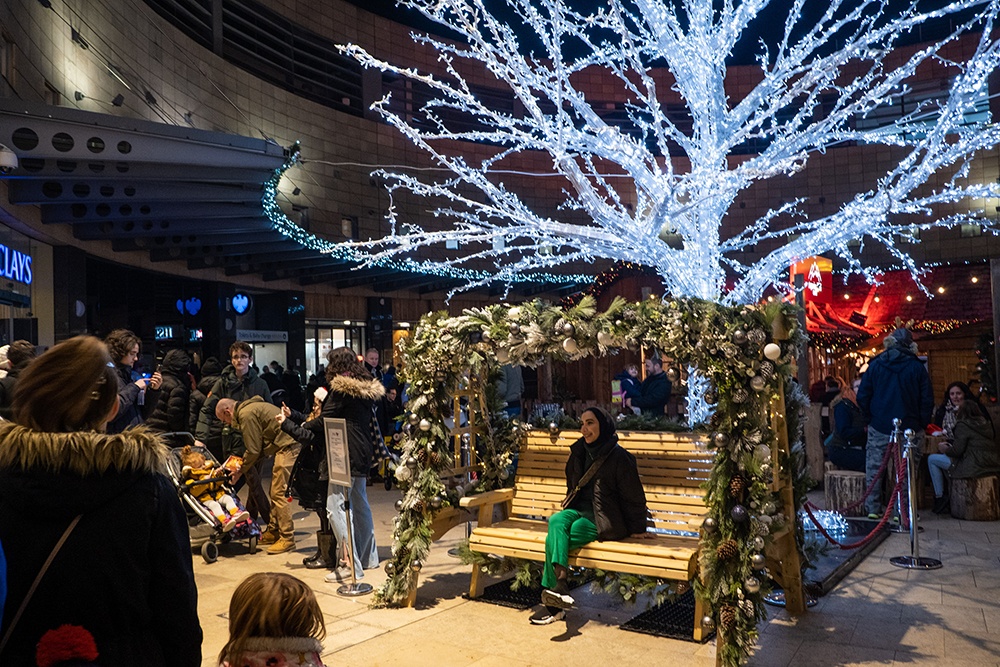 Woah, 2019 has been quite the year for intu Milton Keynes … it’s been non-stop from start to finish!

The centre has welcomed millions of shoppers through its doors, and has been finding ways to make each and every one of them smile with its brilliant shops, super-fun events and family entertainment activities.

Back in January intu Milton Keynes had a popping start to the year, going big on the Bubble Wrap Appreciation Day celebrations! Staff set to work wrapping pillars and benches in the pop-ular bubble-licious plastic, and shoppers were invited to pop, pop, pop their way around the centre. The fun-filled day aimed to induce happiness and smiles, giving people a little bit of laughter on a dreary January day.

The centre charged straight into 2019, with the launch of 12 new electric car charging points. The new bays gave visitors with electric vehicles the chance to shop to their hearts’ content knowing their car is charging safely in the well-lit car park.

Also in January, shoppers had the chance to get up close to the real Barclays Premier League trophy when it visited the centre. The people of MK and beyond were excited to have photos with the most sought-after piece of silverware in English football, which was displayed at Barclays Bank.

By February half term, shoppers little and large were having a roar-some time on a dinosaur adventure! intu Milton Keynes teamed up with Gulliver’s Dinosaur and Farm Park to bring an eruption of free dino-themed fun to the shopping centre while the kids were off school, ranging from fossil hunting to dinosaur displays.

The centre also opened its brilliant new soft play facility, which was bigger and better than the last. The bright, colourful play area boasts rope climbing, stairs, rocking animals, building blocks, stacking rings and sensory additions such as mirrors and 3D animals, making it suitable for babies and children up to seven.

It wasn’t all kid-focused fun, though, because intu Milton Keynes then launched its Spring Summer 2019 model search and found five brilliant budding models to take part in a fashion shoot for the centre. The shots and promo videos were later used on the centre’s social media accounts.

By March, green-fingered gardeners were in luck because intu Milton Keynes began offering free bags of coffee ‘waste’ for use as natural garden fertiliser. Shoppers can pick up bags of used coffee grounds from the Coffee Cart on the mall, and take them home to boost plant growth in their garden.

That same month, intu Milton Keynes also launched a new partnership with the MK Food Bank. The project aims to raise £40,000 and collect daily food donations for local people living on the edge of poverty.

To celebrate Love MK Day in April, intu Milton Keynes shared the love with hundreds of random acts of kindness. Throughout the day, excited members of the intu team handed out goody bags to lucky shoppers stuffed with freebies, including free parking. Shoppers could also have a go on the Fun Ball machine, which was spilling out all manner of prizes and treasures.

Families visiting intu Milton Keynes in May half term had oodles of fun joining in with the first birthday celebrations for the intu family club, with free fairground rides galore!

And just a month later, families gathered at intu Milton Keynes once more for a teddy bears’ picnic as part of the shopping centre’s ‘One Great Day’ event, to raise money for Hospital Charity and Great Ormond Street Hospital (GOSH) Charity.

The first of the intu Milton Keynes Etsy Artisan Markets took place in June, the first of three throughout the year! The markets bring together independent businesses from around MK, which sell unique, handmade goodies. It’s been a great year for independent business at the centre all round. In July The Dutch Hospital – an independent interiors store – expanded after just two months at intu Milton Keynes, thanks to its soaring success in the centre!

By August, the people of MK were hungry for something new, so intu Milton Keynes brought them its first ever Summer Food Festival! Oak Court was transformed into a food-lover’s dream, with delicious stalls ranging from Greek BBQ to delicious Indian to Caribbean Street Food, not to mention a bar, and entertainment for the littlest shoppers too.

October brought with it a talent competition put on by intu Milton Keynes and Make Believe Group, in which local children Rio Pinnock and Savannah Rajah were later crowned as the winners. The pair won £1,000 and the opportunity to join Make Believe, the UK’s leading children’s international performance arts school, which brought its talent-finding platform – One Dream – to Milton Keynes.

It was soon October half term, which meant the launch of the Big Trick or Treat for Halloween! Families got involved with a spooky treasure hunt around the centre. And they were later treated to a meet and greet session by the PJ Masks – everyone’s favourite superheroes!

From November onwards, it was project Christmas and the planning commenced! The celebrations began on Saturday 16 November with a fantastic lights switch-on. From then on, it was all go with the opening of the Apres Ski Bar in Oak Court, Black Friday, and a selection of rides!

Shelley Peppard, general manager of intu Milton Keynes, said: “It’s been the most spectacular year here at the shopping centre. Thank you so much to everyone involved – the staff, the retailers and of course the shoppers! We hope we’ve made you smile this year and made a positive impact on the community too. Just wait until you hear what’s in store for next year – we’ve got so much fun planned already!”