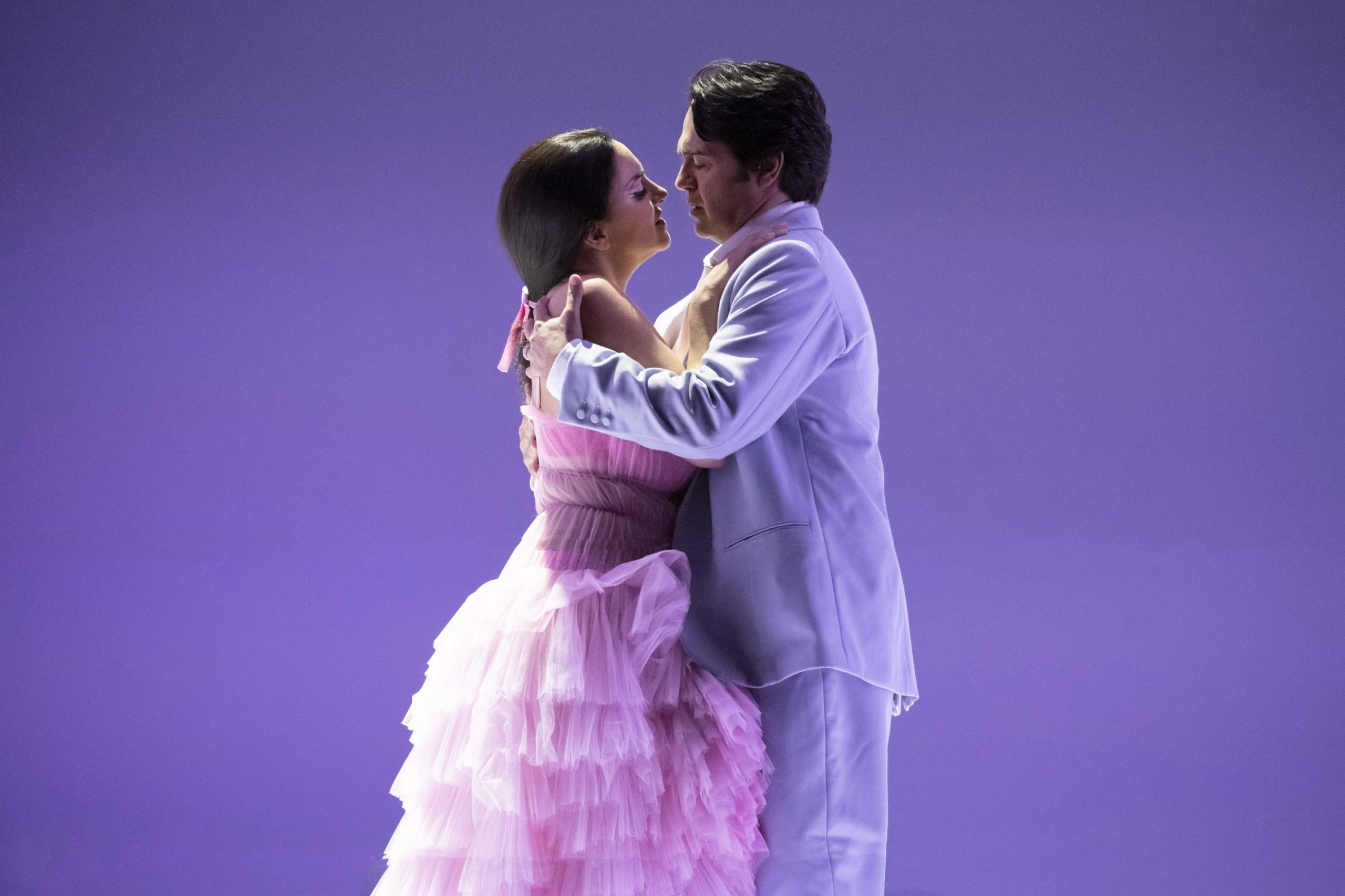 Don Giovanni
The Season opens with the return of John Caird’s 2011 staging of Don Giovanni, with designs by John Napier. Based on the tale of Don Juan, Don Giovanni follows the demise of opera’s legendary seducer as his roguish womanising catches up with him and he meets his end through a force from beyond the grave. One of the most popular and much-performed operas, this has everything from murder to lust to comedy, drama and the supernatural. Don Giovanni will be directed by Caroline Chaney, and Tobias Ringborg will make his conducting debut with the Company. Tobias is no stranger to this opera conducting it with Royal Swedish Opera and Opera North.

WNO are delighted to welcome baritones Andrei Kymach and Duncan Rock who will make their Company debuts and share the title role as Don Giovanni. Andrei won Cardiff Singer of the World in 2019 and Duncan is not only fast establishing himself as an outstanding young singer and performer he also specialises in nutrition for voice and works with singers and actors to nurture their voices to help advance their careers. Sarah Tynan (Donna Elvira), Joshua Bloom (Leporello) and James Atkinson (Masetto) also make their debuts with the Company and share the roles with Meeta Ravel, Simon Bailey and Gareth Brynmor John. James Platt and Marina Monzó return following their performances as Sparacfucile and Gilda in WNO’s 2019 production of Verdi’s Rigoletto to sing Commendatore and Donna Anna respectively. The double cast is completed by Trystan Llŷr Griffiths and Kenneth Tarver who share the role as Don Ottavio, Linda Richardson who shares the role of Donna Anna, and former WNO Associate Artist Harriet Eyley and current WNO Associate Artist Isabelle Peters who share the role of Zerlina.

Jenůfa
Eloise Lally makes her directorial debut with WNO bringing Katie Mitchell’s original production of Jenůfa back to the stage. Jenůfa is the continuation of the Company’s Janáček Series and will be conducted by WNO’s Music Director Tomáš Hanus. The production was last performed by WNO in 2008. Jenůfa is the story of a woman with a secret that will bring shame to herself and her family. Elizabeth Llewellyn makes her debut with the Company as well as a role debut of the title role as Jenůfa. Elizabeth made her debut at English National Opera in 2010 with critical acclaim. Peter Berger also makes his debut with WNO singing the role of Laca which he shares with Peter Auty. Peter Berger is no stranger to this role and has previously performed it with Scottish National Opera and Danish National Opera. Completing the cast is Angela Denoke who shares the role of Kostelnička with Eliska Weissova.

Continuing WNO’s commitment to talent development, WNO’s Associate Artists Adam Gilbert, Aaron O’Hare and Isabelle Peters have all been cast in roles in Jenůfa singing Ŝteva Buryja, Stárek and Jana. The cast is completed by Welsh tenor Rhodri Prys Jones who shares the role with Adam as Ŝteva Buryja and with Welsh bass Sion Goronwy as Mayor. Rhodri returns to WNO after making his professional debut in Autumn 2018 in Sir David Pountney’s War and Peace. Sion also joins the cast of Madam Butterfly sharing the role of The Bonze with Keel Watson.

WNO Music Director Tomáš Hanus said: “Janáček is a composer that is very close to my heart and my history, equally he was a composer that still has a lot to say that can speak to audiences today. Jenůfa is one of the best opera’s ever written and I want to make sure it is done to the highest level. I am looking forward to presenting this piece to the audiences in Cardiff and also on tour so as many people as possible can experience this wonderful music.”

Madam Butterfly
The new production of Madam Butterfly which premiered in Autumn 2021 returns in the Spring, directed by Lindy Hume and conducted by James Southall. This critically acclaimed production explores socially relevant themes of Puccini’s classic tale with its beautiful music providing the backdrop to this much-loved opera. Told through a 21-century lens where love is a commodity, this production of the opera is not only true to Puccini’s moving score but provides perspective on the relevance this story still has in society today.

Soprano Alexia Voulgaridou returns to the role as Butterfly (Cio-Cio-San) and will share the stage with Leonardo Caimi in the role of Pinkerton. Gareth Brynmor John joins the cast as Sharpless, with Keel Watson, Tom Randle, Neil Balfour and Kezia Bienek returning to complete the cast.

WNO General Director Aidan Lang: “While the difficulties that Covid-19 creates have not yet gone away, we are nevertheless looking forward to presenting our Spring season. One of the strengths of opera is that the great works can transcend time, their central ideas being as relevant to our lives today as they were at the time they were written. In some cases, such as with the amoral Don Giovanni, we view his actions today through a new, more contemporary lens. What chimes so strongly with Janáček’s extraordinary Jenůfa is how the terrible actions of the opera happen because of the belief that they are being done for the right reason. And the emphasis in our production of Madam Butterfly on its young titular character being trafficked as part of a pleasure package has unfortunately proved to be timely, given recent revelations”.