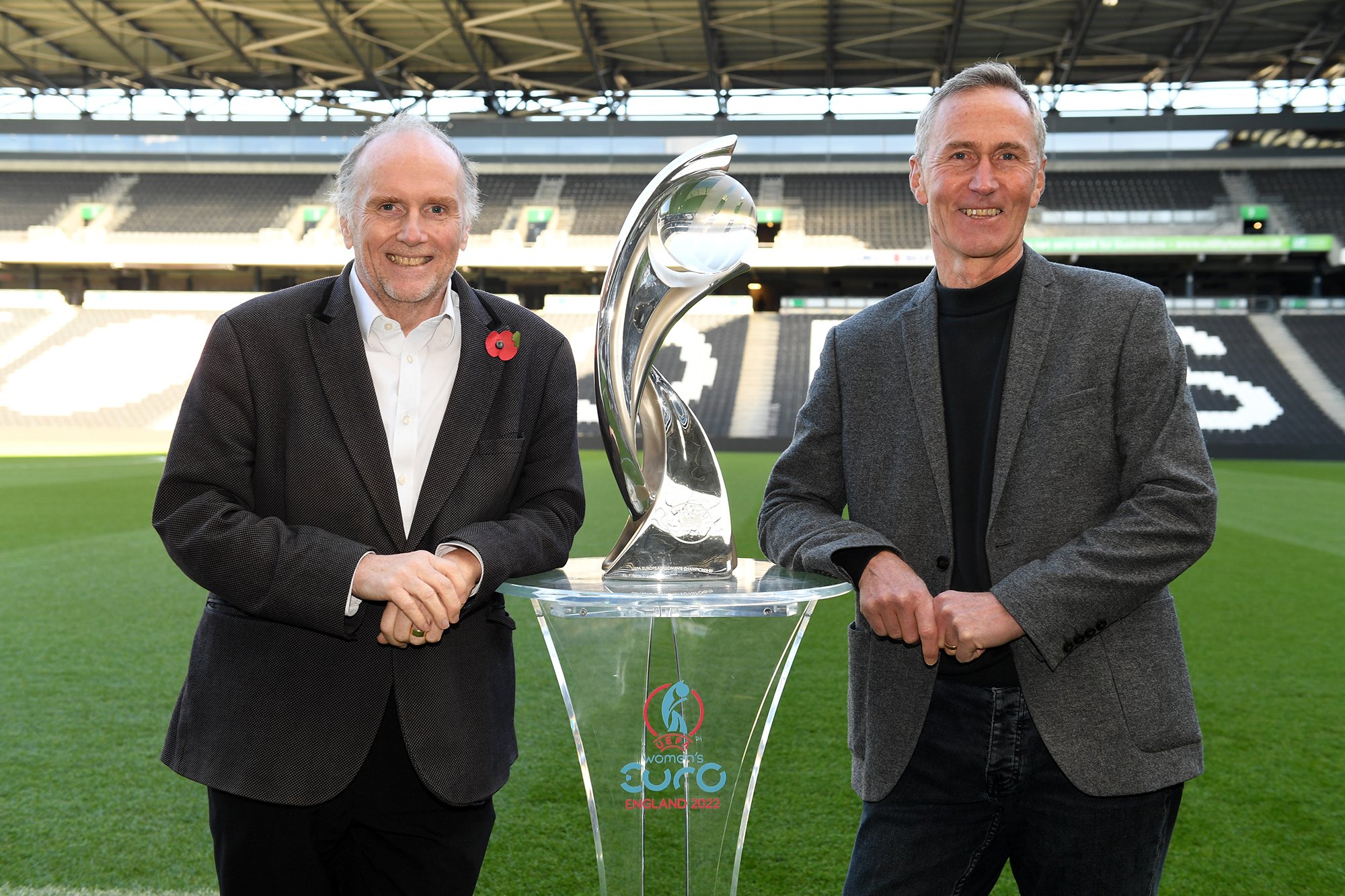 MK is proud to be hosting four games including a semi-final next summer in what’s expected to be a record-breaking event for women’s football.

Following the Final Draw live on BBC One last week, Milton Keynes now knows that Germany, Denmark, Spain and Finland will be involved in three group games at Stadium MK.  A semi-final match is also being played in Milton Keynes.

The public ballot for people to apply for tickets in MK is now open, with tickets priced from £10 for adults and £5 for concessions.

The public ballot will close on 16 November and remaining tickets will go on general sale from mid-February 2022.

Local partners including the Berks and Bucks FA, MK Dons SET and Destination MK gathered at Stadium MK this week to welcome a visit from the tournament trophy as it stopped off in Milton Keynes during a national media tour.

Cllr Jane Carr, Cabinet Member with responsibility for Sport at MK Council said: “We’re really excited to be hosting the UEFA Women’s EURO 2022 in Milton Keynes next summer.  Milton Keynes always rises to the big occasion and we want to give the warmest MK welcome to our European visitors.  The tournament is yet another opportunity to showcase our city to a global audience, and create a lasting local legacy to increase female football participation in Milton Keynes.”

MK Dons chairman, Pete Winkelman said: “Stadium MK was built for events like this and we’re so excited to be involved in delivering a record-breaking tournament.”

Ian Stuart, CEO at Destination Milton Keynes, commented: “At last, the UEFA Women’s EURO 2022 tournament is finalised and we now know which teams are playing here in Milton Keynes, and the ballot for tickets is now open for this huge sporting event next July. Germany one of the favourites, and Spain who are the team in form, together with Finland and Denmark all play their group games at Stadium MK, we have some great matches to look forward to next summer.”

This is a brilliant opportunity for Milton Keynes to showcase yet again what an amazing city we are – to regional, national and international visitors. Let’s make sure we make their experience as memorable as possible.”

For more information and to enter the public ballot for tickets, visit www.uefa.com/womenseuro/ticketing.