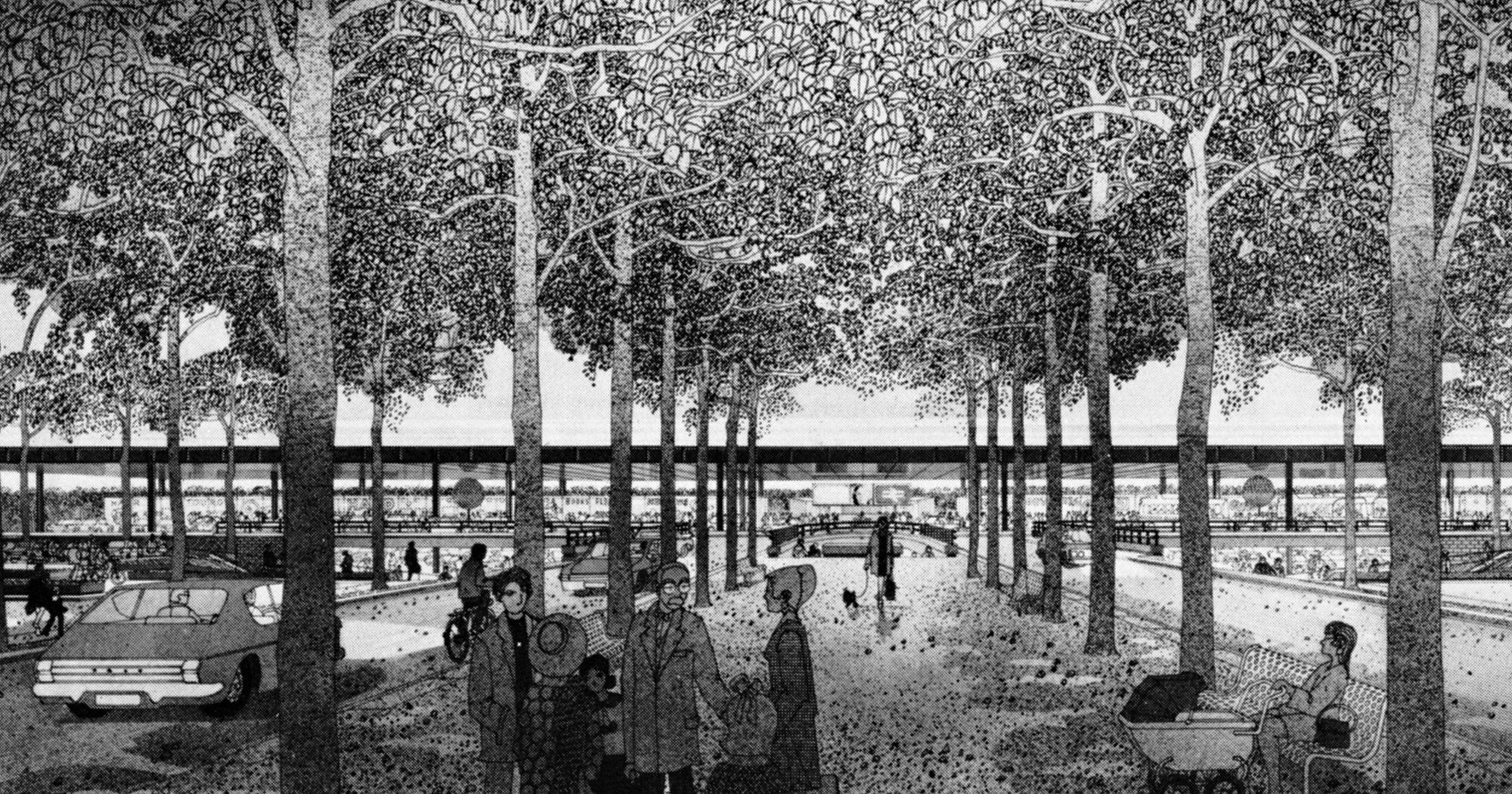 The Modernist Glade is a temporary public art project devised by Hayatsu Architects and artist Tue Greenfort, with curator and producer Aldo Rinaldi.

Inspired by the drawings of Helmut Jacoby which were originally commissioned by the MK Development Corporation in the late 1960s to imagine Milton Keynes, commission celebrates the idea of ‘The Forest City’.

Taking inspiration from MK’s unique grid-road system, 48 trees have been installed marking out a new grid within the Square. At the end of the project, the trees will be replanted throughout MK for all to enjoy.

Alongside the trees, a new temporary Pavilion will house a free programme of a workshops, talks and family activities all of which will explore the relationship between fungus, trees and nature.

Scientists have recently discovered that, as part of a complex organic communications system, trees play a greater role in our environment than we first realised. An important relationship exists between trees and fungus, through a sprawling subterranean network called mycelium.

Within the Pavilion you can all see oyster mushrooms growing, which will be available for free to take home when they are ready for harvesting.

Programme updates will be shared via Twitter @culturemk and @destinationmk

A large-screen has been installed on one of the lawns, providing a temporary billboard and a place for a free film programme. Everything from film classics, family favourites and a dedicated programme showing films which highlight our climate emergency. 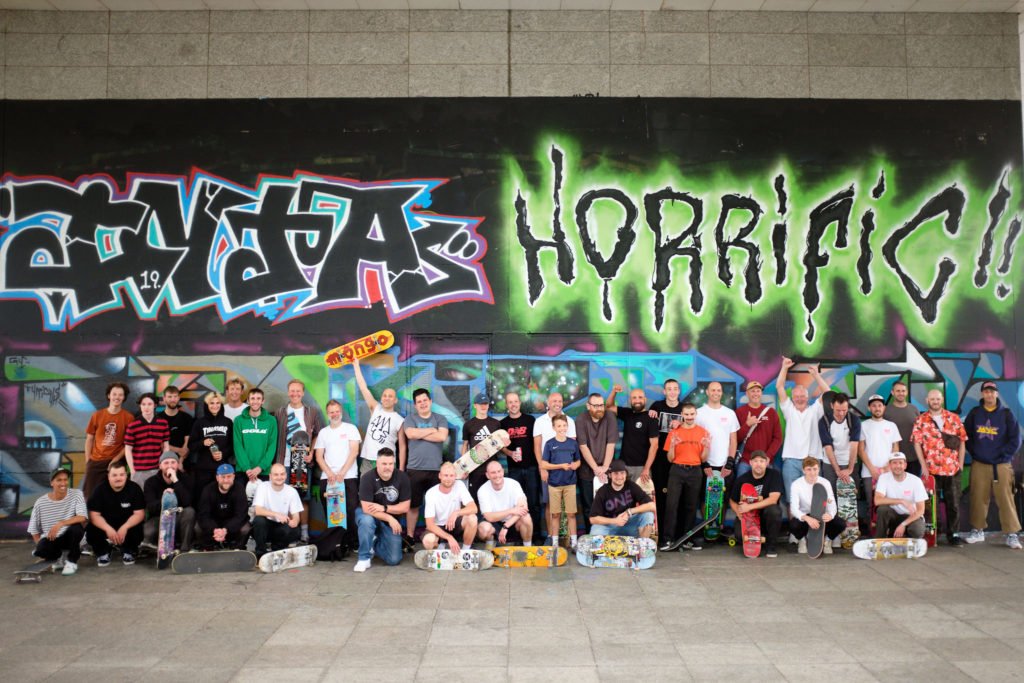 Marking the end of a two-year project telling the story of MK’s skate scene, funded by Milton Keynes Council and The National Lottery Heritage Fund, a new short film by Lindsay Knight which captured the project and those involved will be screened alongside I Heart MK – telling the story of The Buszy skate plaza. GET TICKETS

Future films will be shared via Twitter @culturemk and @destinationmk