Home / News / The Comedy Cow Has All The Answers and Questions 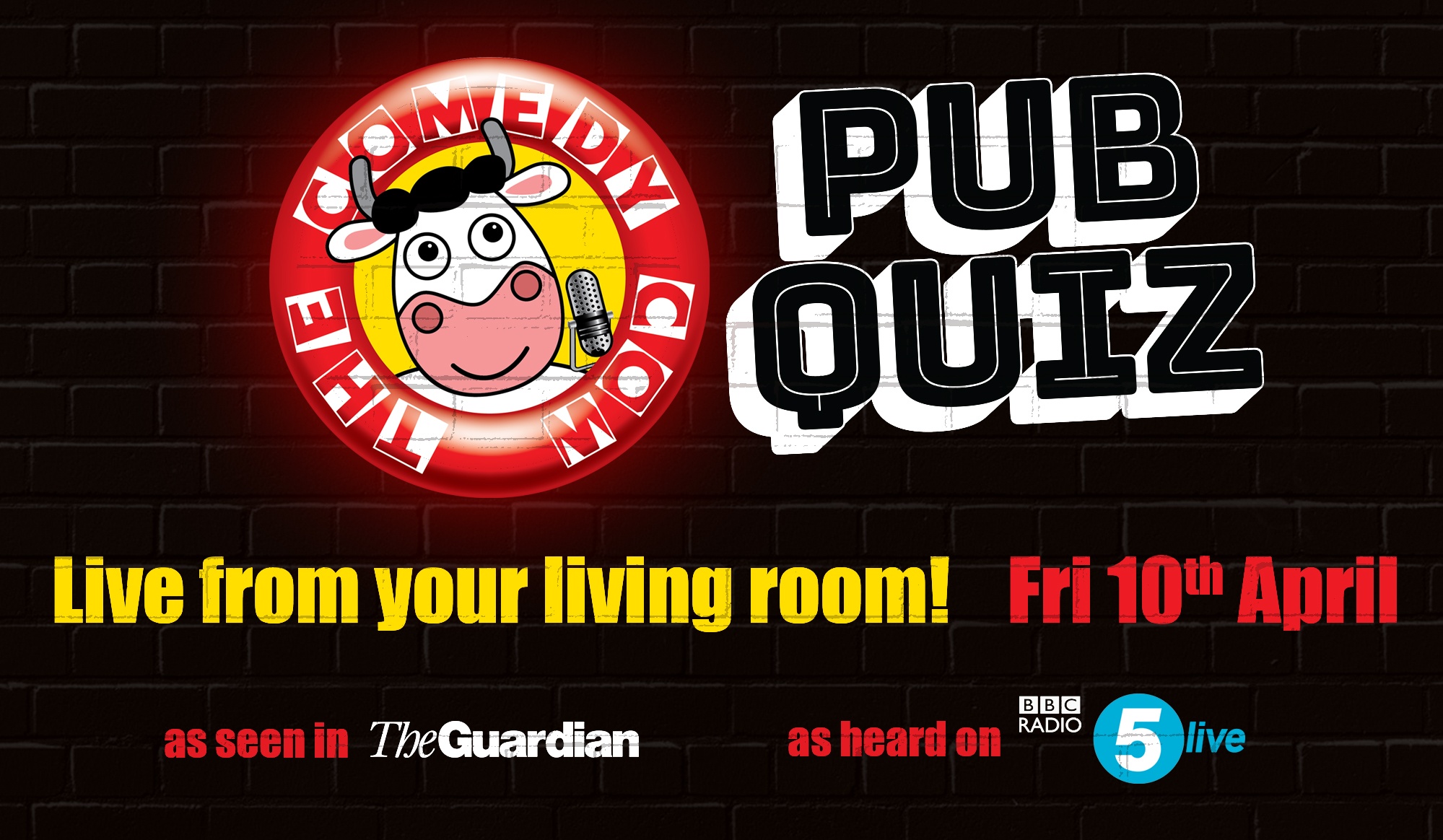 The Comedy Cow Has All The Answers and Questions

In what has been an uncertain time for everyone, you could be forgiven for being bogged down with all the questions that are seemingly going unanswered.  But if it's all getting too much, then why not let local entertainment company 'The Comedy Cow' brighten up your Friday evening with a bit of a more lighthearted Q and A.

The team who are better known for packing out local venues for Friday evenings of stand up comedy, recently launched their very first online event, The Comedy Cow Pub Quiz, which they streamed live via Facebook to over 3000 living rooms.  Despite only having six days to prepare, the quick thinking team spotted the opportunity to do something good and raise some funds for charity.  They launched a crowdfunding page to go alongside the quiz and raised £2000 with the winners deciding where the cash went, with 50% going to Macmillan Cancer Support and 50% going to The Samaritans.

The night took on something of a gameshow feel with a selected few lucky Comedy Cow fans also be able to play live on screen via Zoom and chat to host James Redmond who is most well known as an actor from his roles in Hollyoaks and Casualty, but is a friend of The Comedy Cow having regularly performed at their gigs over the last few years.

Ben Robinson, owner of the Comedy Cow said "We only did this really just for a bit of fun. Things are extremely tough for everyone at the moment and we just wanted everyone to join in and have a good time. We were delighted to be able to raise such a good amount for charity too, as in these difficult times, we're sure their funding will be under a lot of pressure too."

The event was such a runaway success that they even featured in The Guardian and on Radio 5Live, so with that much interest, they couldn't resist doing it all again.  The next night will be run via Zoom and Facebook Live on Friday 10th April at 19:45, with details of how to enter the quiz on the Comedy Cow's Facebook page:   www.facebook.com/thecomedycow