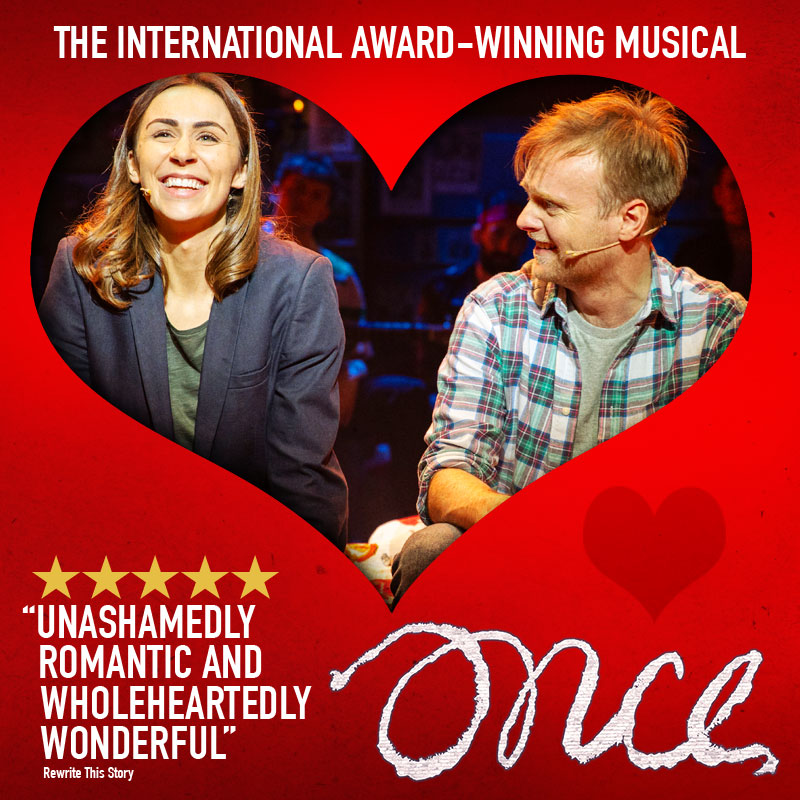 This Valentine’s day, the UK Tour cast of Once bring a Valentine’s treat like no other to the centre of Milton Keynes!

For one day only, the city will be enchanted by the Irish folky sounds of nine talented actor-musicians performing live in locations throughout the city centre. The pop-up performances will start at centre:mk and Intu Shopping Centre’s before making their way to Milton Keynes Train Station on Friday, February 14 in the early afternoon.

Once is a musical that tells the story of two lost souls whose lives are changed over the course of five short days. ‘Girl’ meets ‘Guy’ just as he is on the verge of giving up his dream of becoming a successful singer-songwriter. Worn down by the misery of a broken heart and an infuriating excess of self-pity, the arrival of ‘Girl’, with her boundless optimism, common sense and motivation, is exactly the kick up the backside ‘Guy’ needs to recharge his batteries and restore his faith in, not only the power of music but also the power of love.

Emma Lucia (who plays Girl) and Daniel Healey (who plays Guy) along with several ensemble members will turn up the romance, performing heartfelt songs from the musical, including Academy Award-winning song ‘Falling Slowly’. Emma said: “This song is so special because it’s the first time ‘Guy’ and ‘Girl’ realise that they understand each other; they have a special connection when they make music together. Music has always and will always connect people in a way words sometimes can’t. It’s definitely one of my favourite moments in the whole show, it gives me goose bumps every time.”

On Friday, February 14, between 12.30pm and 2:45pm, lend your ears to the beautiful music of Once. Whether you’re on your lunch break or shopping for a last minute present, listen up for this free entertainment that is a genuine Valentine’s Day gift to you – from Milton Keynes Theatre, with love.