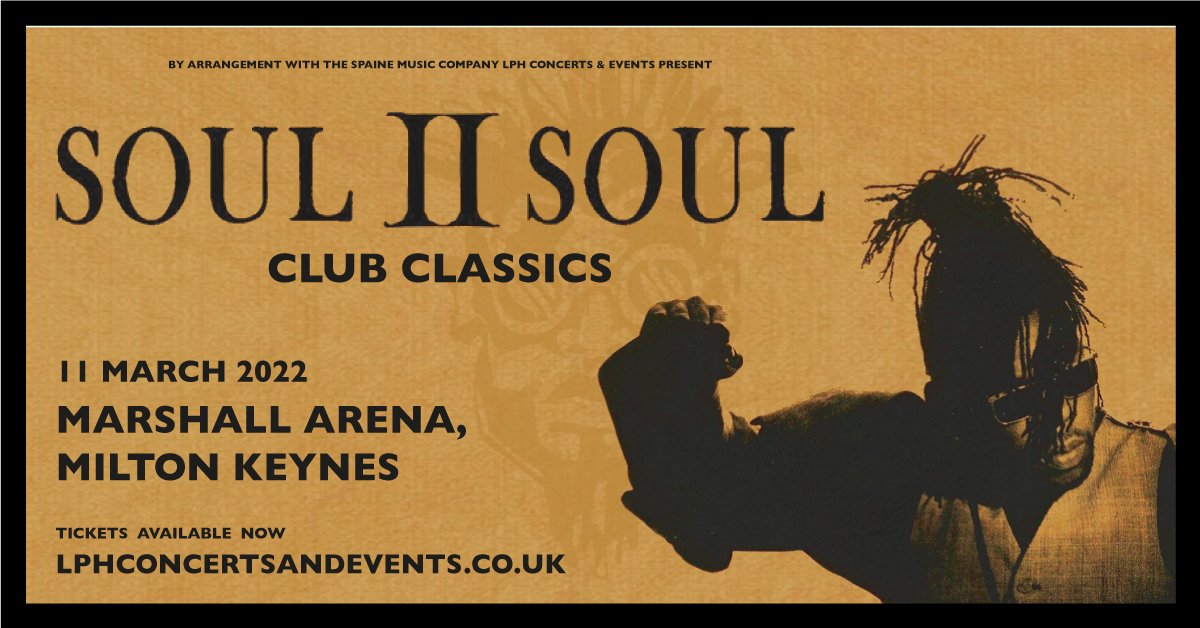 Soul II Soul are set to return to Marshall Arena

On Friday 11 March 2022 Soul II Soul ‘Club Classics’ will follow in the success of their sell out show at the Marshall Arena in 2018. Iconic British band Soul II Soul will take their acclaimed Club Classics tour back on the road in 2022, paying tribute to their legendary debut album, ‘Club Classics Vol 1’.

With huge hits including ‘Keep On Movin’ (which sold over a million copies in the US alone) and the UK number-one single ‘Back To Life (However Do You Want Me)’, Soul II Soul progressed from being one of the leaders of the 1980’s warehouse scene to pioneering British black music around the world and securing commercial success for themselves and the huge amount of artists they have influenced.

“We are delighted to be bringing Soul II Soul back to the Marshall Arena, Milton Keynes next year.  We received so many messages, after the 2018 concert, saying ‘when are they coming back!’ so we thrilled that we can announce this date.  It was been an unprecedented year for the live music scene, and we can’t wait to share these incredible performances with our customers” comments Mark Harrison, director at LPH Concerts & Events, promoter of the concert.

The concert is on general sale NOW with ‘early bird’ tickets priced at just £32.  All ticket purchases are subject to booking fees. Strictly over 18’s only. Doors open at 7pm.

VIP upgrades will be available which will include access to the VIP Suite, glass of Prosecco on arrival, canapes and bowl food, casual seating within the VIP Suite and souvenir concert laminate.