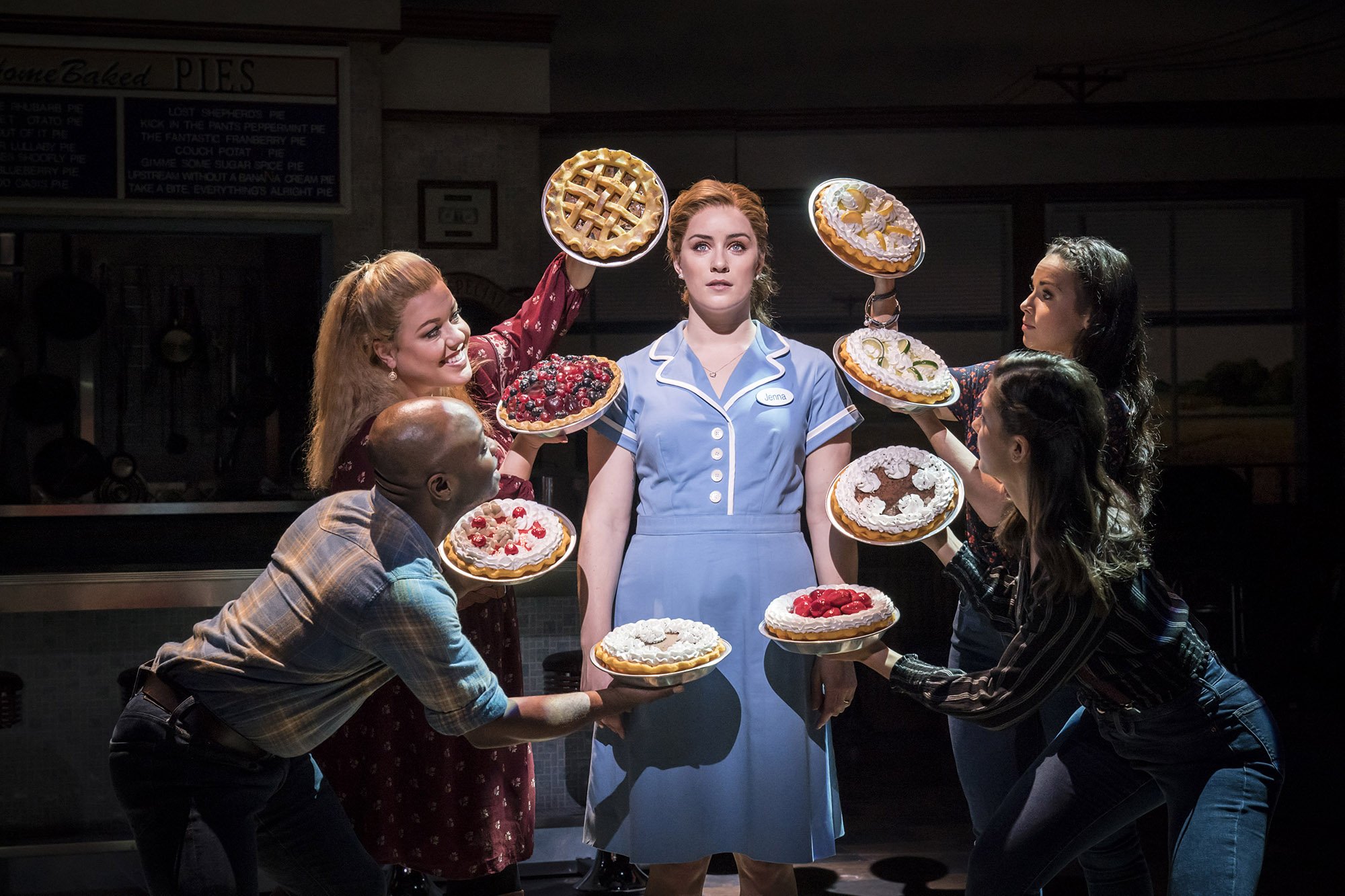 Brought to life by a ground-breaking, female-led creative team, this sweet musical arrives at Milton Keynes Theatre (4-9 October) fresh from its outstanding run in the West End.

The show will star Lucie Jones as ‘Jenna’, Sandra Marvin as ‘Becky’, Evelyn Hoskins as ‘Dawn’ and Busted’s Matt Willis as ‘Dr Pomatter’.

Meet Jenna, a waitress and expert pie-maker who dreams of some happiness in her life. When a hot new doctor arrives in town, life gets complicated. With the support of her workmates Becky and Dawn, Jenna overcomes the challenges she faces and finds that laughter, love and friendship can provide the perfect recipe for happiness.

Lucie Jones reprises the role of ‘Jenna’ having recently played the part in the West End production of the show at the Adelphi Theatre. Lucie first came to prominence in 2009 when she reached the finals of ITV’s The X Factor. Since then, her many West End theatre credits include ‘Cosette’ in Les Misérables at the Queen’s Theatre, ‘Victoria’ in American Psycho at the Almeida and ‘Maureen’ in RENT at The Other Palace.

In 2017, Lucie represented the United Kingdom at the Eurovision Song Contest in Kiev with the single ‘Never Give Up On You’, performing to a worldwide audience of over 300 million viewers. Last year Lucie performed a live concert to a sold-out audience at London’s Adelphi Theatre. Accompanied by the London Musical Theatre Orchestra, the concert was recorded for a live album ‘Lucie Jones – Live at The Adelphi’.

Evelyn Hoskins most recently played the role of ‘Dawn’ in Waitress in the West End at the Adelphi Theatre. Her other theatre credits include the title role in Carrie at Southwark Playhouse, Spring Awakening at the Lyric Hammersmith and in the West End, Assassins at the Nottingham Playhouse and Watermill Theatre, Mrs Henderson Presents at the Royal Alexandra Theatre in Toronto, Peter and the Starcatcher at Northampton’s Royal & Derngate, This Is My Family at Sheffield Crucible and on UK Tour, The Boy Who Fell Into A Book at the Stephen Joseph Theatre and The Secret Garden at Birmingham Rep.

Matt Willis is probably best known as a member of the double Brit Award winning band Busted, who have released four No1 UK singles, two platinum albums and sold over four million albums in the UK. No stranger to the musical theatre stage, his West End credits include ‘Fiyero’ in Wicked at the Apollo Victoria, ‘Nick Hurley’ in Flashdance at the Shaftesbury Theatre and most recently ‘Bob Cratchit’ in A Christmas Carol at the Dominion Theatre. His other theatre credits include ‘Orin Scrivello’ in Little Shop of Horrors at Regent’s Park Open Air Theatre and ‘Chuck Cranson’ in the national tour of Footloose The Musical.

WAITRESS is based on the 2007 movie written by Adrienne Shelly. Music and lyrics are written by GRAMMY award-winning, singer-songwriter sensation Sara Bareilles, who appeared on the Graham Norton TV show, performing the hit song from the show She Used To Be Mine. With a book by Jessie Nelson, direction by Tony-award winner Diane Paulus and choreography by Lorin Latarro, Waitress has garnered multiple awards and nominations in both America and the UK, receiving acclaim from both audiences and critics alike.