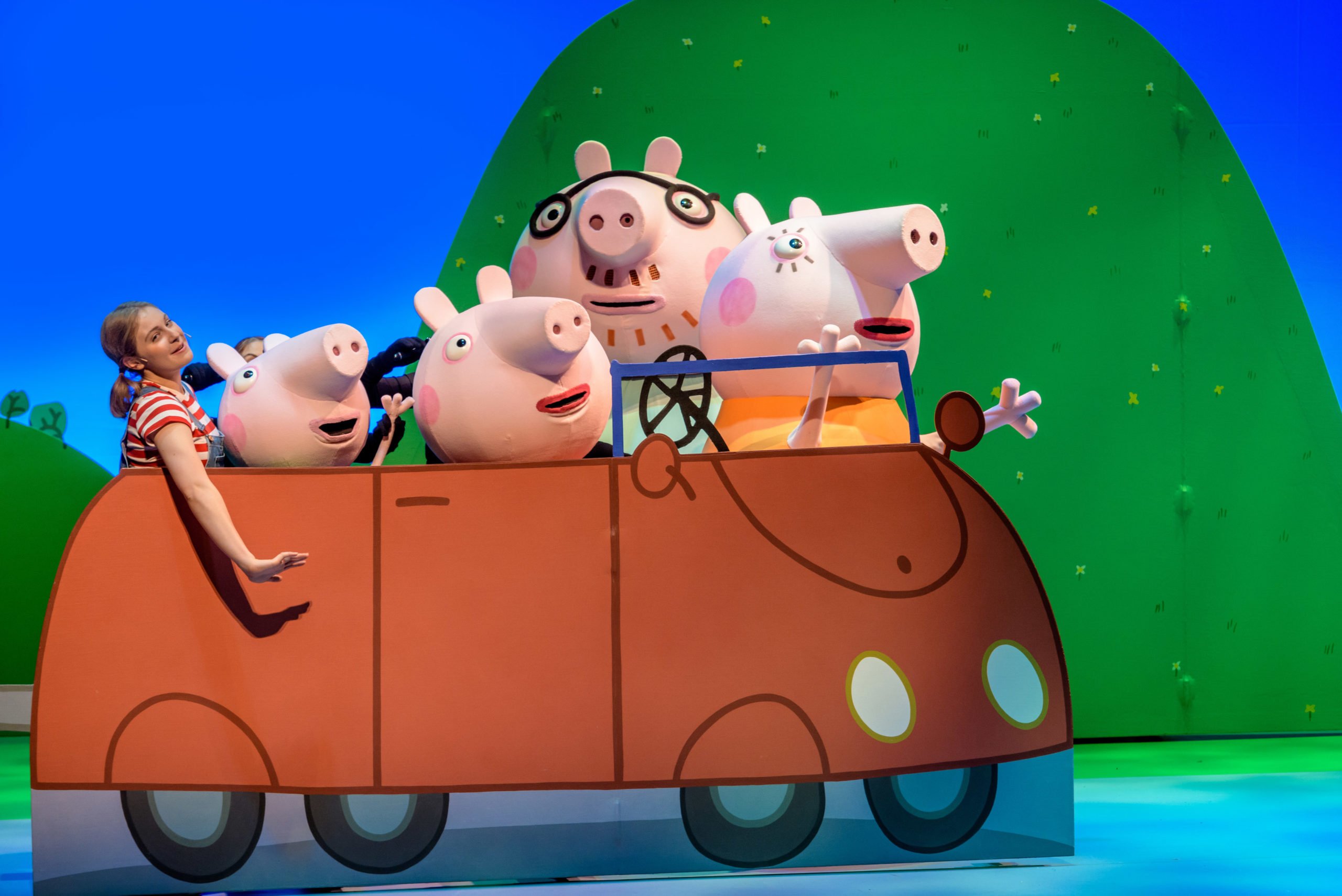 Peppa Pig’s Best Day Ever!, the latest live show based on the much loved animated TV series from eOne, Hasbro’s global entertainment studio, will resume its extensive UK and Ireland tour from 15 October 2021, visiting over 80 venues, including Milton Keynes Theatre from Tuesday 15 to Wednesday 16 March.

Peppa Pig is excited to be going on a special day out with George, Mummy Pig and Daddy Pig – it’s going to be her best day ever!

Get ready for a road-trip full of fun adventures. From castles to caves, dragons to dinosaurs and ice-creams to muddy puddles – there is something for all of the family and their friends to enjoy, including Miss Rabbit, Mr Bull, Suzy Sheep, Gerald Giraffe and more!

Over the past 10 years, Peppa Pig Live have created 6 hugely successful productions, which have been enjoyed by over 1.5 million in the UK alone.  Peppa Pig Live has also toured throughout the US and Australia and played 8 consecutive West End Christmas seasons.

The live stage adaptation of Peppa Pig is produced by leading children’s theatre team Fierylight, in partnership with licensor Hasbro. The production is directed and adapted for theatre by Richard Lewis, and features music from BAFTA award-winning composer Mani Svavarsson.