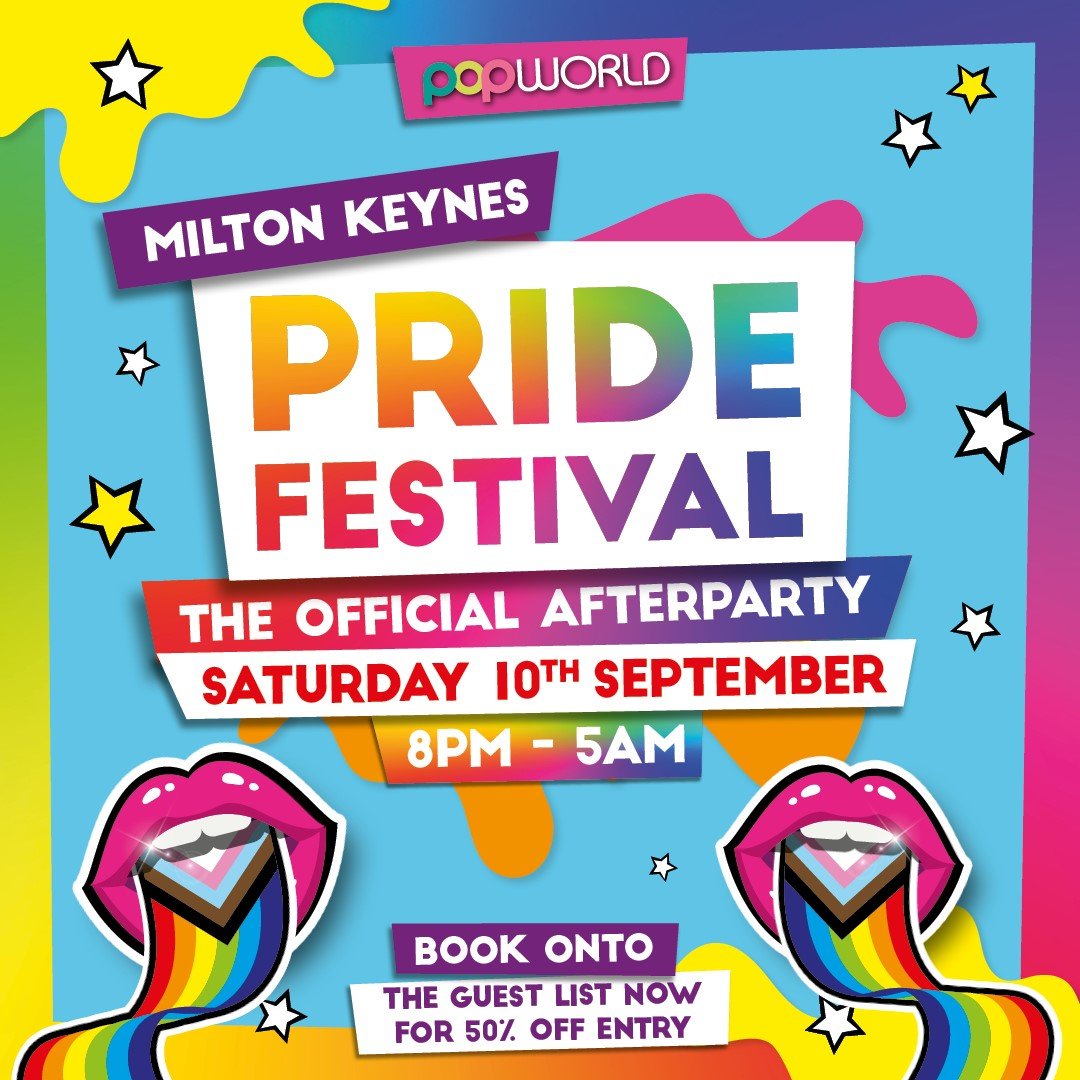 MK Pride Festival has announced that it will be back this September – bigger and better than ever before!

The popular event, which sees crowds of around 10,000 attendees will be taking place at Campbell Park on 10th September, and this year the beloved leisure quarter, 12th Street, formerly known as the Theatre District, will be the official pride village and after party hosts.

This not-for-profit community event will welcome smiles, glitter, fur babies, families and friends for an enjoyable day that embraces the wonderful and diverse LGBTQ+ community.

The area will be a family-friendly haven throughout the day, and lots of the businesses in the quarter will be hosting their very own LGBTQ+ safe havens for the whole family, with more entertainment to be announced shortly in the outdoors quarter.

PRIDE at night will see Milton Keynes come alive and carry on the MKPF festival celebrations. Featuring a host of DJs and live acts coming together to create the best post pride parties in 12th Street Leisure Quarter.  Expect to hear everything from your favourite LGBTQ+ party anthems, to the biggest house beats, pure cheese classics and chart hits.

Popworld have an extended licence and will be operating from 8pm to 5am on Saturday 10th September (Official Pride After Party) and are currently offering 50% off pre-purchased tickets whilst they last.

Proud as Pop local Drag Queen and DJ, Sandy Flaps will also be hosting a large majority of Sunday evening with free entry from 9pm till 2am with special drink deals all night long.

VIP Booths available on the night to purchase too.

Revolucion de Cuba will also be hosting a Pre-Pride Party (Friday Fiesta) on 9th September 8pm to 3am, which will feature cabaret from local Drag Queen – Sandy Flaps.

On Pride Day, Saturday 10th September, Revolucions de Cuba will be open from 11.30am for food and drinks, with a special KIDS EAT FOR £1 offer. The Official Pride After Party (no kids allowed) will be running from 9pm till 4am with DJS, music, cocktails, and samba dancers.