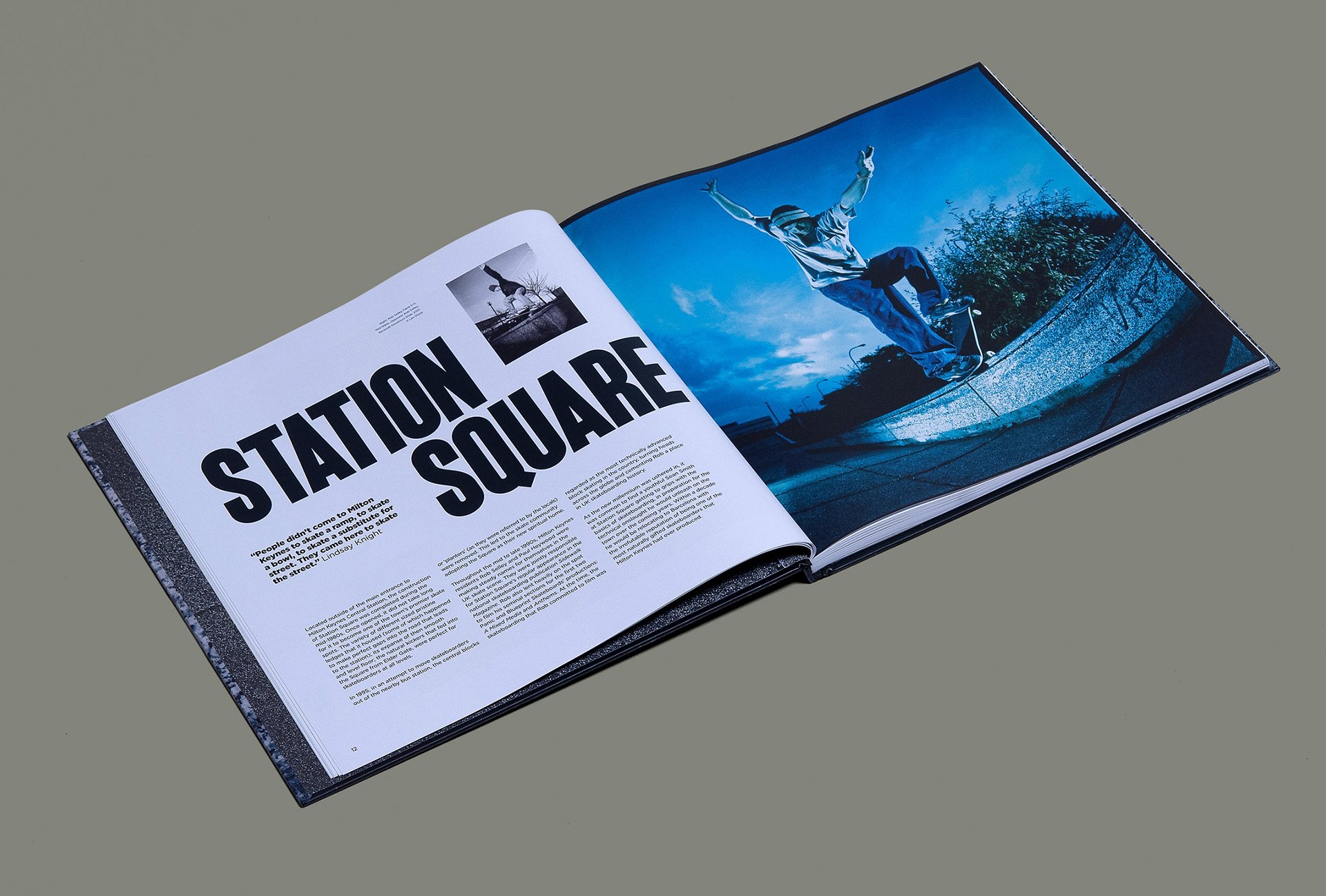 New book charting the history of skateboarding in MK

MK Skate, a history of skateboarding in Milton Keynes will be released on November 25th; it is the culmination of a unique two-year heritage programme led by creatives and the community of local skateboarders.

The book explores the seminal role Milton Keynes has played in the development of UK skateboarding culture. Since the late ‘80s and early ‘90s the town has been regarded by many as the skate capital of the UK. It sits alongside the Undercroft at London’s Southbank and the Rom Skatepark in Hornchurch in Essex as one of the three ground-breaking places for skating in the UK, it is the only city-wide in scale.

It is an important story which until now has remained unrecorded and largely unknown outside of the skate community.

MK Skate, a history of skateboarding in Milton Keynes pulls together spotlight features on key skate places; interviews with local skateboarders across three generations, from the punk pioneers of the ‘80s through to current local pro skaters; thought pieces from architects and designers including Iain Borden and Gustav Edén; pieces on or by leading skate figures with local significance such as Matt Pritchard and Phil Chapman; highlights the strong accompanying creative culture and the work of key photographers, such as Leo Sharp and Wig Worland whose images feature throughout the publication.

It is designed by local skater Neil Bowen, of Zip Design. It is authored and edited by the team behind Sidewalk Magazine: Ben Powell, Ryan Gray, Leo Sharp and Wig Worland, who says: “This book is a truly authentic account and celebration of MK skateboarding. It reveals the specific contribution the city’s modernist architecture has had on the development of the scene, including on the development of some extraordinary talent such as Rob Selley, Sean Smith and James Bush. It includes the redevelopment of the city’s Central Bus Station building into a sanctioned space for skateboarding. A truly groundbreaking project that resulted in the first Skate Plaza of its kind in Europe. I hope the book builds a better and wider understanding of the cultural impact the city has had internationally through skateboarding.”

Thanks to funding from The National Heritage Lottery Fund and Milton Keynes Council as commissioner, the MK Skate project has sought to capture and to tell Milton Keynes’ unique skateboarding story through sharing memories, oral histories, film and photography and through the exploration and archiving of personal collections. Between June 2019 and November 2020, working with 50 local skaters, it delivered a city centre on-street exhibition and digital trail, an exhibition in centre:mk, a talks and workshop programme, the digitisation of over 60 films, an archive programme and now the production of this new book.

The book, RRP £40.00, can be purchased through https://mkskate.org/the_book

Additionally, a copy will also be donated to every Milton Keynes library, secondary school and college. The book was printed with the support of Dorling Kindersley. Milton Keynes Council commissioned the MK Skate project