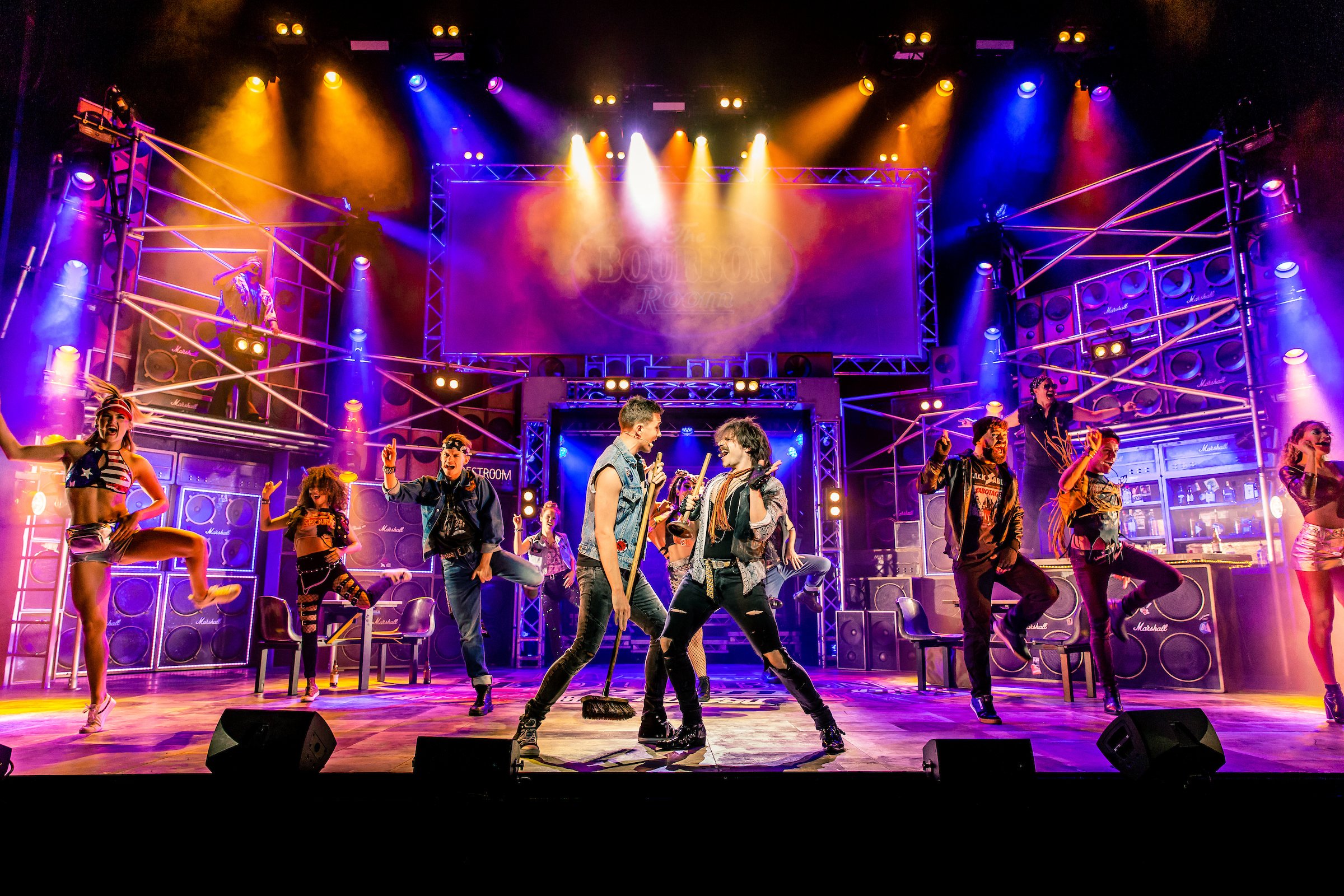 Following a sell-out tour in 2018/19, the award-winning smash-hit musical “ROCK OF AGES” will return to tour the UK coming to Milton Keynes Theatre in September and October 2021.

“ROCK OF AGES” is the hilarious musical comedy lavished with over 25 classic rock anthems, including ‘Don’t Stop Believin’, ‘We Built This City’, ‘The Final Countdown’, ‘Wanted Dead or Alive’, ‘Here I Go Again’, ‘Can’t Fight this Feeling’ and ‘I Want To Know What Love Is’, played loud and proud by an awesome live band. Leave it all behind and lose yourself in a city and a time where the dreams are as big as the hair, and yes, they can come true!

Now a global smash with hit seasons on Broadway, London’s West End and Las Vegas and a star-studded Hollywood movie version this show promises you the best party night out around.

“ROCK OF AGES” has a book by Chris D’Arienzo and arrangements and orchestrations by Ethan Popp. It is directed and choreographed by Nick Winston (“Chess”, “Mame” and “Cats”) designed by Morgan Large (“The Woman in White”, “Joesph and the Technicolour Dreamcoat” and “Tell Me On A Sunday”) and has lighting design by Ben Cracknell (“Sunset Boulevard”, “Pantoland at the Palladium”, “Priscilla Queen of the Desert”). Sound design is by Ben Harrison (“Mame”, “Priscilla Queen of the Desert” and “Fame”) and musical supervision is by Barney Ashworth (“Sunny Afternoon”, “Grease” and “Mrs Henderson Presents”).

Tickets are now on sale: www.atgtickets.com/miltonkeynes