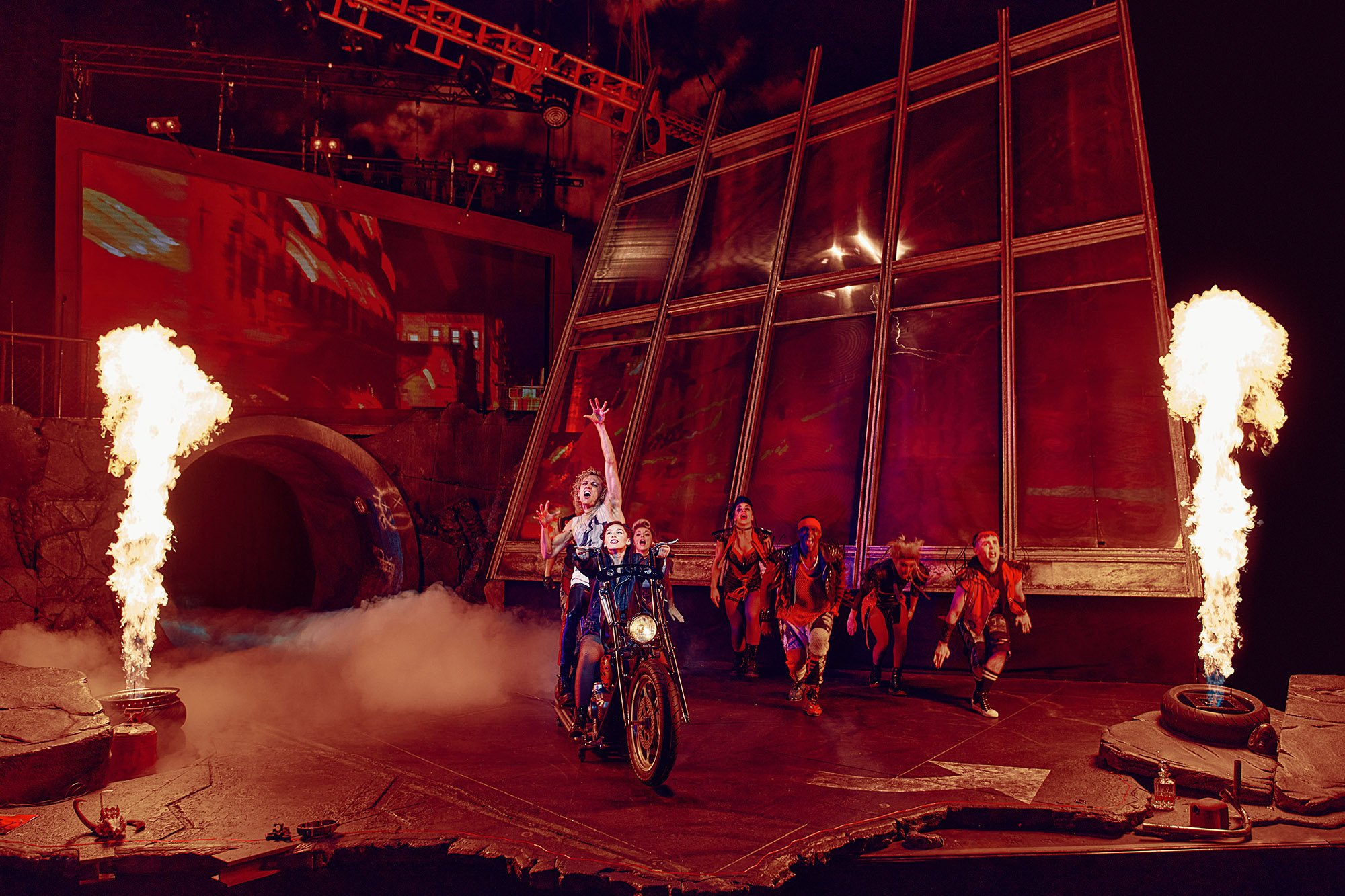 Returning to the venue after a sell-out run in 2019 is the phenomenal Les Misérables, the musical often regarded as the most popular in the world. Cameron Mackintosh’s acclaimed production arrives in Milton Keynes on Tue 26 Apr for four weeks.

Northern Ballet share their take on the beloved literary classic The Great Gatsby from Tue 24 May, promising the most glamourous party in town.

From Mon 30 May, a whodunnit everyone can enjoy arrives fresh out the boardgame box and onto the stage. Cluedo is the new comedy thriller directed by Mark Bell, director of the award winning The Play That Goes Wrong, which will also be arriving in Milton Keynes on Mon 25 Jul.

Bringing life and energy to the immortal songs of the late Jim Steinman and Meat Loaf is the rocking musical, Bat Out of Hell, from 14 June. With all the anthems you know and love, this show is set to be a crowd-pleaser for those inclined to rock ‘n’ roll.

From best-selling author David Walliams comes the Olivier nominated Billionaire Boy from Thu 30 June, a winner for the whole family!

Take a chance on the ultimate feel-good musical MAMMA MIA! as it returns to Milton Keynes on Tue 2 August. Set on a Greek island paradise, this musical is a story of love, friendship and identity, cleverly told through the timeless songs of ABBA. And from one musical legend to another, The Cher Show joins Milton Keynes Theatre from Tue 9 Aug. Get ready to Turn Back Time in this outrageous new musical directed by Arlene Phillips (Grease, Starlight Express) and choreographed by Strictly’s Oti Mabuse.

Willy Russell’s moving Liverpudlian tale, Blood Brothers, then takes to the stage from Tue 30 Aug. Few musicals have been received with such acclaim as this multi-award-winning production which surpassed 10,000 performances in London’s West End.

Milton Keynes will be screaming Go, Go, Go Joseph this September when the sensational new production of Tim Rice and Andrew Lloyd Webber’s Joseph and The Amazing Technicolor Dreamcoat comes to the Milton Keynes Theatre for two weeks. The family musical which opens on Mon 12 Sep stars Alexandra Burke as the Narrator and Jac Yarrow as Joseph.

Milton Keynes Theatre continues its outstanding programme of one night entertainment this season. The hilarious Menopause the Musical 2 comes to the theatre on Sat 11 Jun. Enjoy an evening with world famous football manager Harry Redknapp on Tue 28 Jun. Strictly professionals Anton & Giovanni team up for an evening of song and dance with their show, Him and Me. And the tribute shows are back! For Rod Stewart fans there’s Some Guys Have All The Luck on Sun 31 Jul, and celebrating the music of Tina Turner is What’s Love Got To Do With It on Sun 4 Sep.