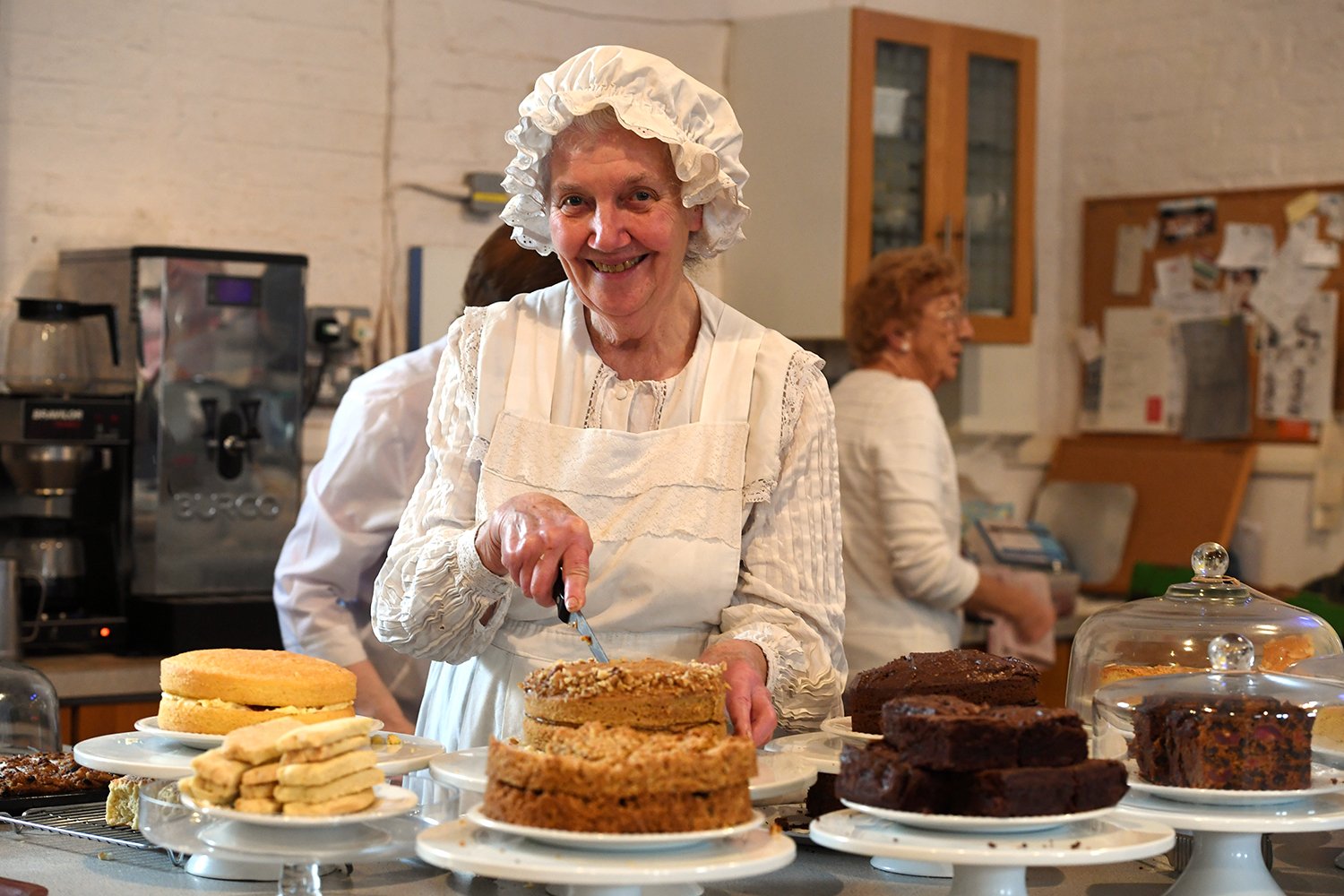 A visit to Milton Keynes Museum usually always involves a visit to the Granary Tea Room for a little refreshment break, and its cakes are famous for miles around!

Baker extraordinaire Diane Roder has been giving her time to the museum for more than four decades, and she has spent the last 22 years volunteering as catering manager for the history hub. There is seldom a time when Diane isn’t found baking up a storm in the kitchen!

“We often have people who will buy a slice of cake to share with a cup of tea or coffee, but then ask to buy the whole cake, or beg us for the recipes!” said museum director Bill Griffiths.

“We have some truly fantastic and rare objects in the museum, but none of them is more famous than a slice of Diane’s chocolate cake!”

Now, Diane has decided to share recipes for 14 of her favourite sweet treats in a new book to raise funds for the museum.

Recipes for best sellers including lemon drizzle, coffee & walnut, fruit cake, shortbread and bread pudding are included. Others featured among the pages include flapjack, carrot cake and apple cake.

“I have always been willing to share recipes when asked, but so many people ask for them that I have often thought of putting them together in a book,” Diane said, “The pandemic has had a big impact on the museum, which has obviously spent much of the year closed to visitors and financially it has been difficult.

“Putting the book out now was a no-brainer – every penny of profit will go to help to swell the museum coffers during these challenging times,” Diane added.

“I hope people get as much enjoyment baking them at home as I do baking them for the tea room.”

The book is for sale in the Granary Tea Room and in the museum reception at £3.99 while copies last.