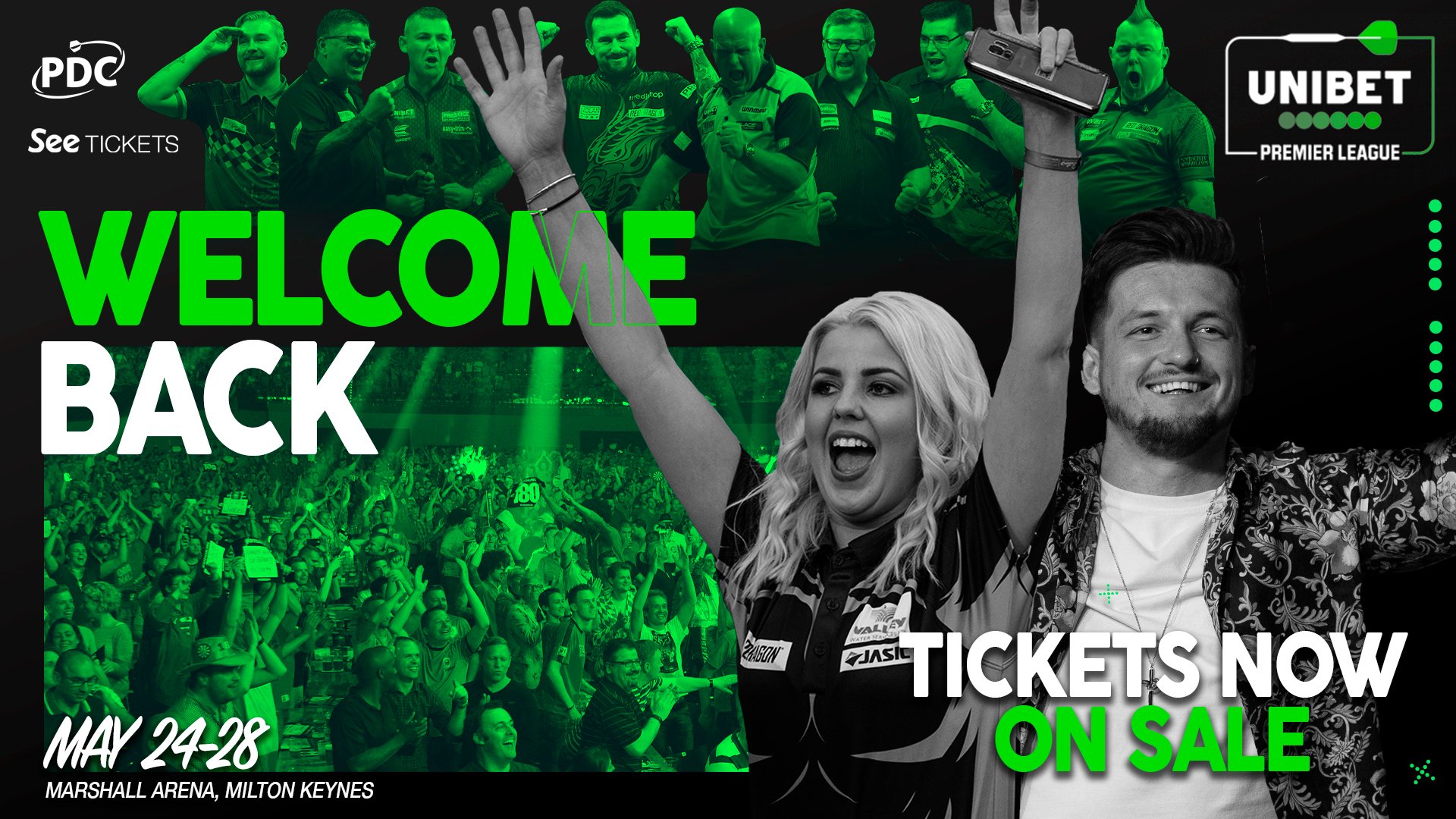 Live crowds set to return for the darts at Marshall Arena

Live crowds will return for the first time in 2021 for the conclusion of the Unibet Premier League from May 24-28 at Marshall Arena.

Step 3 of the UK Government’s Roadmap out of Lockdown from May 17 onwards is set to allow sporting events in indoor venues of up to 1,000 fans.

This means that the final five nights of the Premier League from May 24-28 will be able to welcome a crowd – ending almost six months of behind-closed-doors action.

The fourth block of the Premier League season will begin on Monday May 24, with Night 13 seeing the race for Play-Off places intensify with the first of four league nights. The top four players following Night 16 on Thursday May 27 then progress to the Play-Offs on Friday May 28, which will feature the semi-finals and final in a dramatic conclusion to the season – with a £250,000 top prize on offer!

“We’re delighted that we’ll be able to welcome back crowds for the culmination of the Unibet Premier League at the end of May for what should be five great nights of action.

It feels like such a long time since we last had a live crowd in December at the start of the World Championship, but we’ve continued to work with the relevant authorities regarding the safe return of fans to PDC tournaments at the appropriate time.”

A Covid-secure environment in the Marshall Arena will include socially-distanced tables, a requirement for face coverings to be worn, table service for food & beverage, one-way walking routes and pre-entry screening.