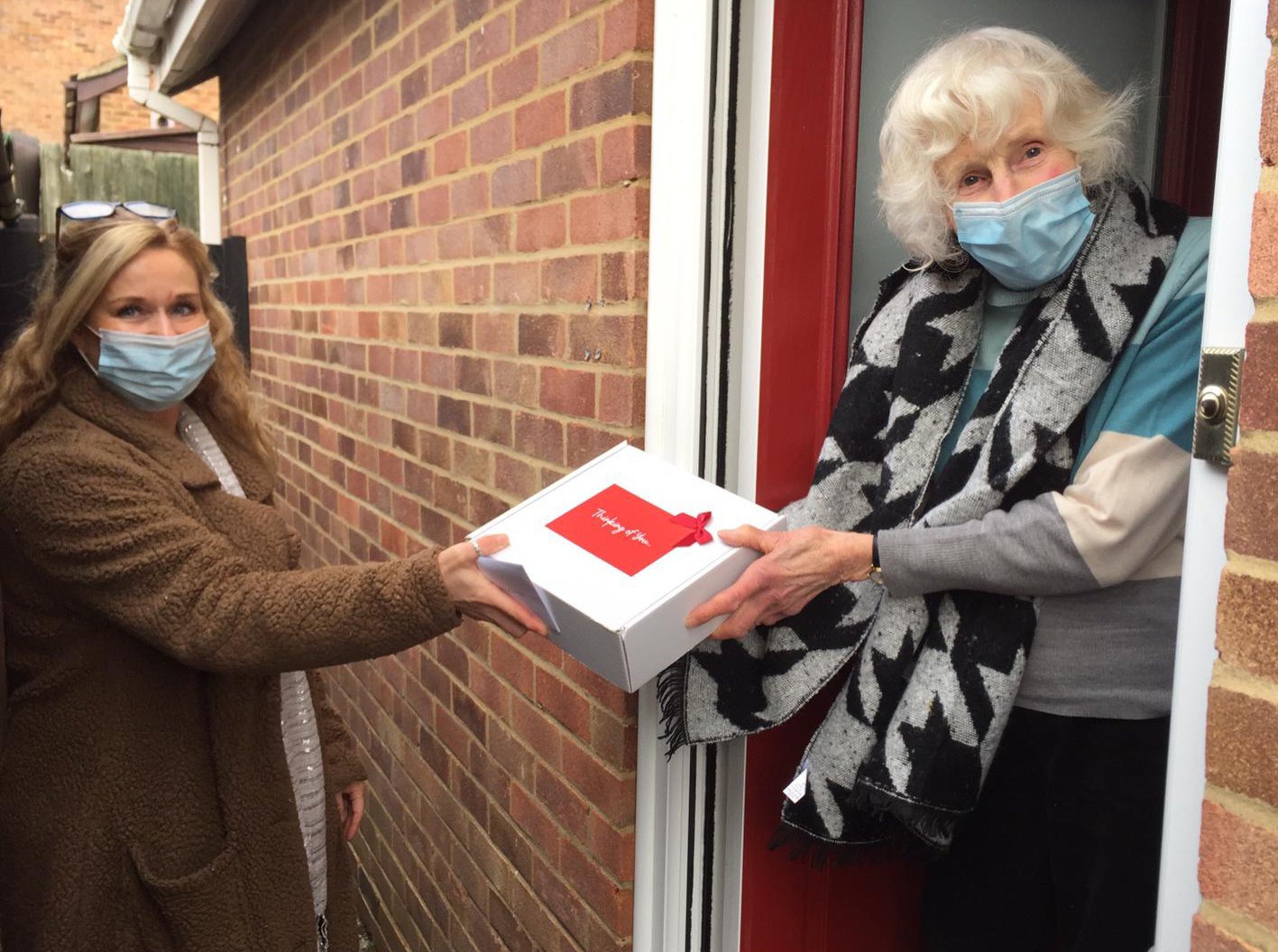 The intu Milton Keynes ‘Thinking of You’ campaign has been praised by recipients who received letters from people across the world at Christmas.

The festive project, which asked people to write a letter to an older person spending Christmas alone, received an unprecedented response, even reaching communities from across the globe. Over 300 letters were sent from schools, community groups and individuals of all ages in the region and from other countries.

Schools in Germany, the Netherlands and Czech Republic heard about the initiative and asked students to write letters to be added to the hampers created by intu Milton Keynes. Sending Christmas wishes, stories of their families and some people even sharing photos, the personal letters were added to boxes for people to read over the festive period.

Vivienne (pictured) who is nearly 90 was so delighted and had a tear in her eye when she received her gift. She said: “it’s like belonging to big family with the support received from Age UK Milton Keynes. The gift shows such kindness and thought.” Vivienne was overwhelmed to be receiving a gift from people who didn’t know her but cared enough to send it.

Shelley Peppard, general manager at intu Milton Keynes said: “Words cannot explain the emotions that the team and myself are feeling right now. We have a huge sense of pride in our local community and for the kindness they have shown over the past six weeks. The letters received have been wonderfully touching and thoughtful and to receive them from children from other countries is fantastic.

“I want every person that wrote a letter to know how much this will mean to an older person this Christmas. These people do not see anyone other than their carer so receiving a letter and some treats will make a wonderful difference. Thank you to every person that has supported us and especially to Age UK Milton Keynes for helping to deliver our idea to those that need it the most.”

Letters received from today will still be delivered to people in the Milton Keynes community.