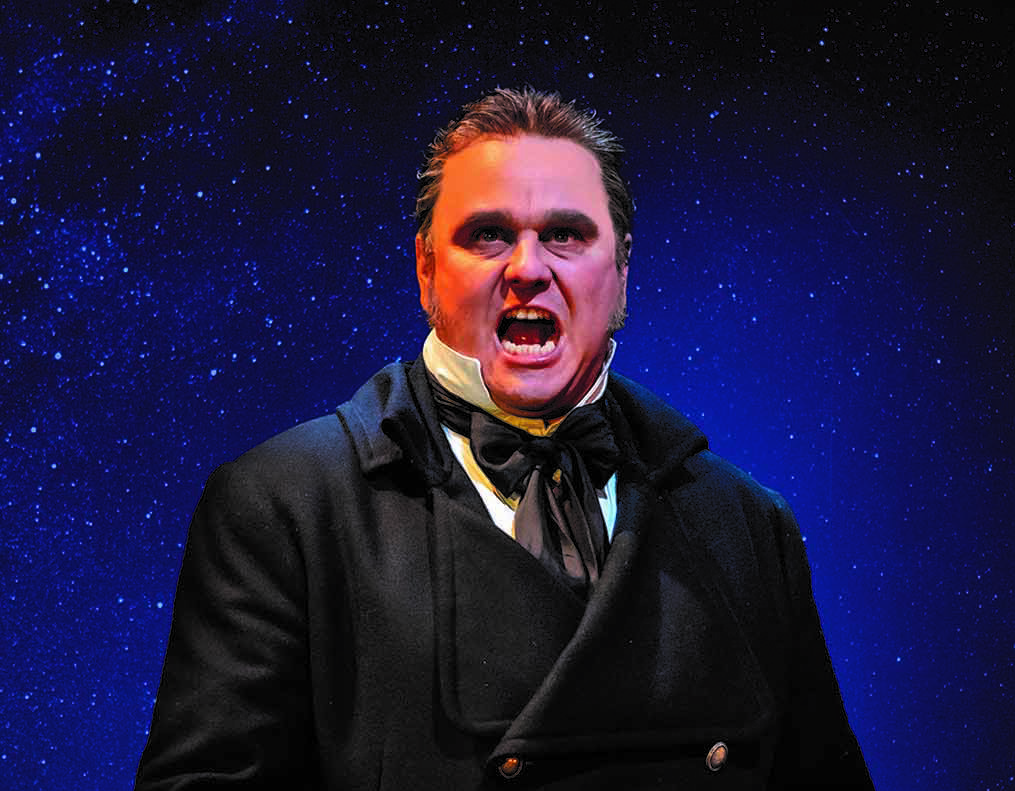 Interview with Les Misérables cast as they arrive in MK

You’re both playing two of the most iconic roles in musical theatre, Jean Valjean (Dean Chisnell) and Javert (Nic Greenshields) in Les Misérables UK Tour. What’s it like taking on roles like these?

Dean Chisnall: I say it to everybody, this is the dream role for anybody in musical theatre. It’s the pinnacle for any male performer and I just feel very lucky to do it, and to have done it for as long as I have. I’ve now played over 500 performances as Jean Valjean, and it still feels as magical as it did the first time I stepped on the stage. I pinch myself every day.

Nic Greenshields: It’s a great privilege to play Javert. I first saw the show when I was in my teens, and to be doing it 25-years later is a huge honour. I try to bring out a different side to Javert, giving him multiple dimensions and making him more than just the baddie, showing a more emotional side to him.

Were you both fans of the show before being part of it, do you remember your first experience of Les Mis?

DC: I do remember the first time I saw it. I’ve always been a fan, long before I even dreamt of having a career in theatre. I was in London on my own about the age of 18 and pootled off to get myself a single ticket to see Les Misérables at The Palace Theatre. I sat there and completely fell in love with the show.

NG: I remember buying a cassette when I was about 11 years old of people singing songs from Les Mis. I remember listening to it and trying to imagine what the show would be like. Eventually I begged my Mum to take me, and we queued for returns. I was just blown away. The show really resonated with me, and I thought “I want to be part of this. This is what I want to do.”

You’ve both played these roles for a long period of time. Have you found that your understanding of the character has changed since you first began performing the role?

NG: Most definitely. I’ve changed since I first covered the role. I’m a dad now, I’m older and more mature and have experienced life a bit more. I’m now able to identify a lot more layers to him. It’s a great role and there’s no other role in the show I would rather do. I always like to discover more about him as I continue to play him.

DC: I say to people that we always try to strive for perfection, which is not attainable, which means you never stop trying to achieve it. With someone like Jean Valjean, he is very complex in many ways but very simple in others, it’s always a challenge to try and work him out and I love that about him. I think I’ve probably played him a little bit differently every performance. There’s always something new you can find in him and he’s a wonderful person to play.

What are your favourite moments in the show?

DC: I love Bring Him Home. I know it’s a song that I sing on my own, but it has always felt like a whole company moment.  The rest of the cast are asleep on the barricades, so it always feels quite magical. I also love the absolutely iconic One Day More, with the whole company there. To be honest, the whole show is two and a half hours of pure magic.

NG: I absolutely agree, One Day More is such an iconic moment for everyone. There is no better way to end the first act of a show! I always enjoy listening to Fantine sing ‘I Dreamed A Dream’, it’s a great number and I defy anyone to come and see it and not love that moment. The moments I have with Dean are wonderfully dramatic. I love the opening with the prisoners, and the moment that moves me is the finale with Valjean and Cosette. It’s musically so beautiful and the lyrics are stunning as well.

Does the role require a lot of stamina as a performer, and what helps you to perform each night?

NG: I took up running during lockdown! I felt I needed to do something, and just before we started rehearsals, I ran a half marathon which was a big achievement. All the roles are demanding, if you keep delivering at the level we want to, it is tough work. You do have to look after yourself. Dean and I try and take care of our voices and energy to ensure that we’re performing well eight shows a week.

DC: Preparation is key! Trying to stay healthy and get some sleep. I love my job, so it’s not a chore and I don’t think of it as being exhausting. It is tiring but I have to say probably more mentally exhausting than it is physically because of who Jean Valjean is and what a marathon journey he goes on. We are here to give the audience some sort of escape and of course actors like to escape into a role as well. I undoubtedly feel that I am somewhere else during those two and a half hours, you have to live and breathe these characters. You can’t fake Les Mis.

Why do you think audiences still love to come and see Les Mis?

DC: The messages of Les Mis are still so relevant. Everyone has something that they can relate to in the show, something that they have experienced in their lives. The show now is as fresh as it ever was, it’s a wonderful company that we’ve got here, and we’re delighted to be sharing it with people. There is no show that has a reaction quite like this one. It’s the greatest show on earth.

NG: The music is definitely a huge part of it. The score is stunning and has really broken through into popular culture bringing it to a new audience. Ultimately, I think the show has remained so popular because of the themes. It’s a show about redemption and the human condition and everything that still resonates with us all today. We connect with the characters and become engrossed in the story and the beautiful music pulls everything together. It’s clearly a magical formula.

Have you ever been given a piece of advice that has stuck with you?

DC: I think just take on as much information as possible, as you’re like a sponge in rehearsals. I also always want the people I’ve worked with before to want to work with me again. So, just be nice, be kind and be a team player. Those are the fundamentals of being part of a show.

NG: Mine is the same as Dean’s really, it really is so important to be nice to people, and to remember everything is a collaborative effort. I also remember my principal at drama school, Betty Laine, really instilling in me never to be late. I have a real thing about that, and I always plan to be early!

Les Misérables is at Milton Keynes Theatre from Tuesday 26 April to Saturday 21 May.