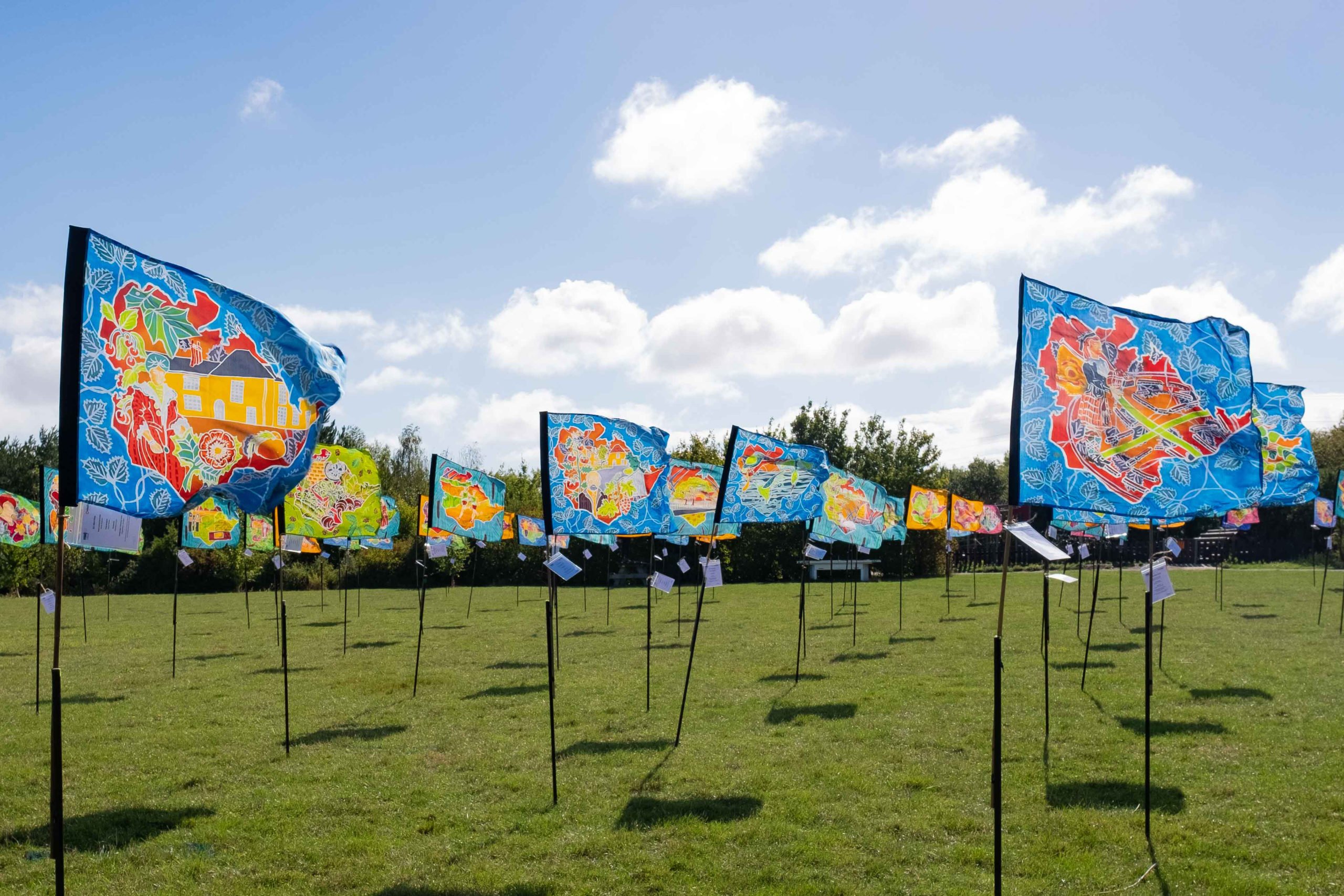 For 21 days from 10 to 30 July, the future-facing garden city of Milton Keynes plays host to imagination-catching artworks for IF: Milton Keynes International Festival 2021.

Six distinctive installations, ALL FREE, come to different locations throughout the City.

Commissioned by The Stables and seen here in its World Premiere, Breathing Room is a kinetic installation created by UK artist Anna Berry, known for creating socially and politically conscious work in non-gallery environments. Berry has created an illuminated tunnel, lined with thousands of delicate paper-like cones that move and breathe. Audiences walk through its pulsing interior in a multi-sensory and immersive experience. Its mesmeric movement is generated by the ingenious mechanics of a sculptural exterior created from found objects, cogs, chains and bicycle parts. Headline Festival sponsors centre:mk host Breathing Room in the open-air Queen’s Court, centre:mk from 10 to 30 July.
http://www.annaberry.co.uk 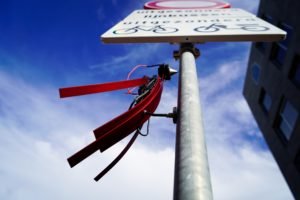 Berlin-based Italian sonic and media artist Marco Barotti specialises in interventions in both urban and natural surroundings. Throughout the Festival from 10 to 30 July, The Woodpeckers pop up in different Milton Keynes City Centre locations, attached by magnets to street signs, lamps, and other metal components of the urban landscape. The robotic birds transform the invisible signals from mobile and wireless technology into a constantly changing composition of rhythmic beats tapped out on the City’s architecture. A rural version of The Woodpeckers is also part of the Summer of Sound Festival at Kew’s country outpost Wakehurst from 9 July to 12 September.
www.marcobarotti.com/

Yara + Davina’s Arrivals + Departures is an interactive artwork rooted in the direct life and death experiences of local people. British social practice artists Davina Drummond and Yara El-Sherbini use the iconic format of an old-fashioned arrivals and departures board as a poetic context to reflect on birth, death and memories of lives lived. Over the 21 days of the Festival from 10 to 30 July, names and other data will be gathered from the public and continually added to the artwork which will be located in City Square.
www.yaraanddavina.com/ and www.arrivalsanddepartures.net/

For MK Mandalas, international creative company Kinetika is working with two Milton Keynes artists and ten community groups to design and create 30 batik silk flags. Inspired by the visual forms and mandala symbols that were used in designs for The Milton Keynes Rose – a spectacular public space in Campbell Park used for celebration, commemoration and contemplation – the flags incorporate resonant themes including coming together, appreciating nature and looking forward. The flags will be on display at The Milton Keynes Rose from 16 to 18 July and 23 to 25 July, with additional events on 16 July to mark Milton Keynes Disability Awareness Day.  www.kinetika.co.uk 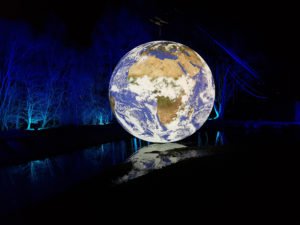 Installation artist Luke Jerram brings his monumental inflated 3D models of Earth and the Moon to Milton Keynes, the first time the two works have been exhibited in the same city in the UK, at the same time. Installed in two contrasting locations, Gaia is in Middleton Hall in centre:mk, while Museum of the Moon is in the lush greenery of the Tree Cathedral.

The two awe-inspiring internally-lit sculptures are seven metres in diameter and feature detailed NASA imagery on their surfaces. Surround sound compositions by BAFTA and Ivor Novello award-winner Dan Jones feature voices including that of Sir David Attenborough. With Gaia, Jerram wants audiences to share an astronaut’s experience of seeing Earth from space for the first time – a feeling of wonder about the planet and a renewed sense of responsibility for taking care of it. The Moon has always inspired humanity, acting as a ‘cultural mirror’ to society, reflecting the ideas and beliefs of all people around the world. Museum of the Moon lets us observe and contemplate our cultural similarities and differences, and learn about the latest Moon science. Gaia is in centre:mk for the duration of the Festival from 10 to 30 July. Museum of the Moon is in The Tree Cathedral, Newlands from 22 to 25 July.
www.lukejerram.com

The Festival’s full programme will be announced later in May – https://ifmiltonkeynes.org/