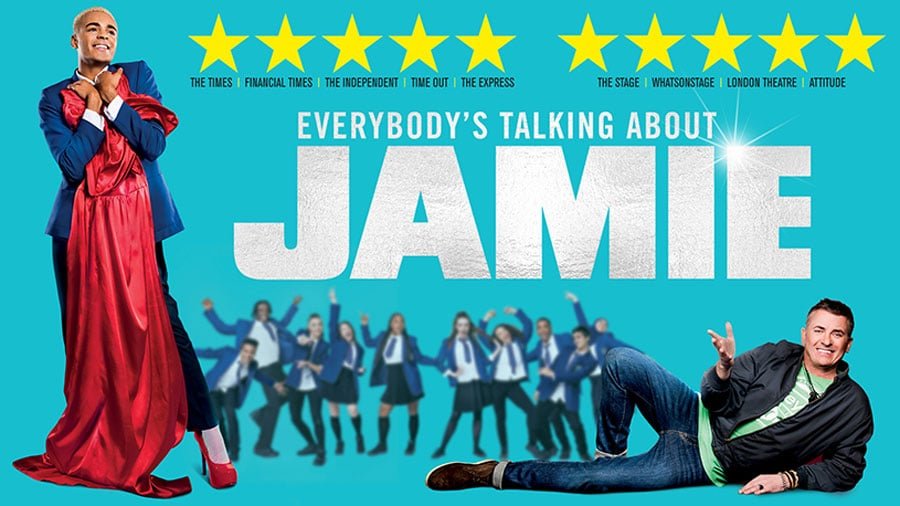 Everybody’s Talking About Jamie is coming to Milton Keynes Theatre

Out of the darkness…into the spotlight…back to the place where we belong. Inspired by a true story, Everybody’s Talking About Jamie is the award-winning hit musical for today – bang up to date, more relevant than ever and specially updated for the times we live in today. Jamie New is sixteen and lives on a council estate in Sheffield. Jamie doesn’t quite fit in. Jamie is terrified about the future. He is going to be a sensation.

Layton Williams plays Jamie New. Layton is one of the most exciting talents in UK theatre. He has been playing Jamie New in the West End production of Everybody’s Talking About Jamie since January 2019. Layton recently performed as Angel in the UK Tour of much-loved musical Rent, for which he received great reviews and in the Sheffield Crucible production of Kiss Me, Kate. On screen Layton is known for playing the character Kylie in the BBC’s Beautiful People, and for playing the lead alongside Jack Whitehall in the critically acclaimed BBC comedy Bad Education and follow up film.

Tickets are on sale NOW! https://www.atgtickets.com/venues/milton-keynes-theatre/