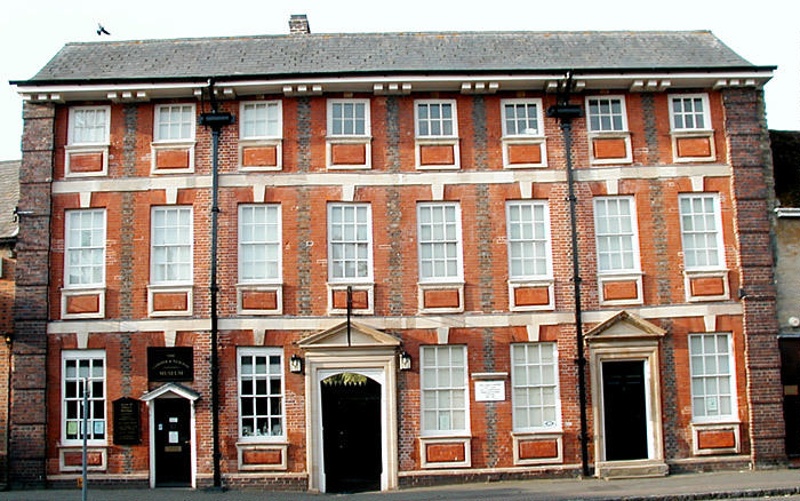 The Cowper & Newton Museum Volunteers based in Olney near Milton Keynes have been honoured with the Queen’s Award for Voluntary Service, the highest award a voluntary group can receive in the UK.

The group supports all aspects of the running of the Museum including front of house, conservation, catering, maintenance, gardening, events planning, fundraising, administration, and guiding. The museum tells the stories of William Cowper (a nationally renowned 18th century poet), and his friend John Newton (the local curate-in-charge and former slave ship captain), who together wrote a total of 348 hymns known collectively as “The Olney Hymns”, the most famous of which “Amazing Grace” was written by John Newton in Olney in 1772. Both men also played a significant role in the campaign to abolish the slave trade.

The volunteers also promote the museum in the wider community through delivering talks and lectures and by giving costumed displays of 18th century dance. The Cowper & Newton Museum volunteers is one of 230 charities, social enterprises and voluntary groups to receive the prestigious award this year. The number of nominations remains high year on year, showing that the voluntary sector is thriving and full of innovative ideas to make life better for those around them.

The Queens Award for Voluntary Service aims to recognise outstanding work by volunteer groups to benefit their local communities and was created in 2002 to celebrate the Queen’s Golden Jubilee. Recipients are announced each year on 2nd June, the anniversary of the Queen’s coronation.

Representatives of the Cowper & Newton Museum volunteers will receive the award from Sir Henry Aubrey-Fletcher, Lord Lieutenant of Buckinghamshire later this summer and two of our volunteers will attend a garden party at Buckingham Palace in May 2021, along with other recipients of this year’s award.