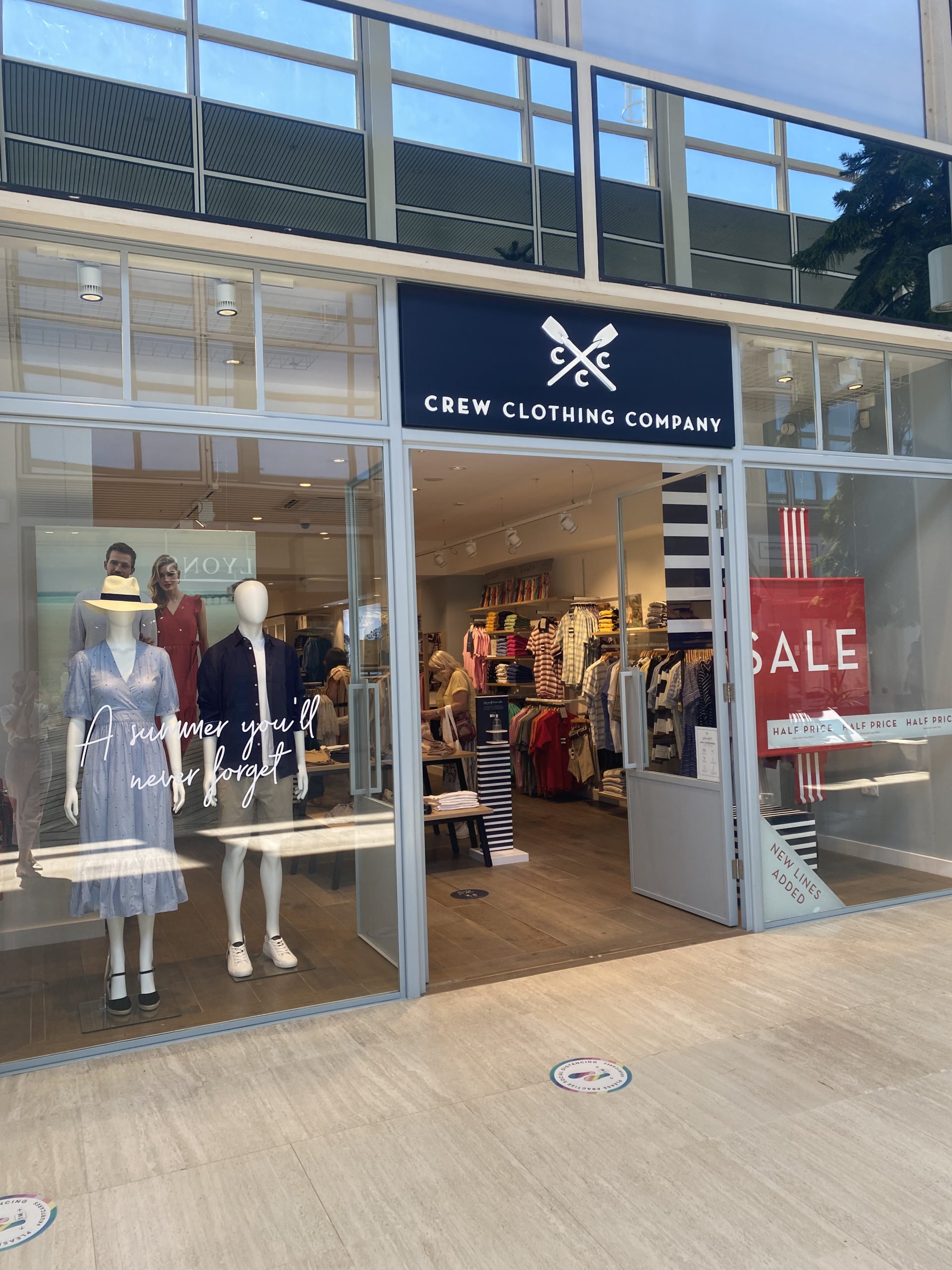 Crew Clothing, has opened in centre:mk, its first store in the region, showcasing the brand’s womenswear, menswear and childrenswear collections inspired by the British coast.

Founded in Salcombe with its crystal clear waters and cobbled streets, the brand grew from the back of a windsurfing shop to opening in the King’s Road London. Featuring timeless silhouettes, supersoft fabrics and details that could only be Crew, the brand draws on its coastal heritage to craft new favourites season after season.

Kevin Duffy, centre:mk Centre Director, said: “centre:mk is continuing to thrive, reflected in Crew Clothing’s selection of the destination for its debut in the catchment. We are thrilled to add Crew Clothing to our extensive line-up of retail brands, including luxury beauty concept, H Beauty, with the brand having recently opened their doors to their largest standalone store in the UK at centre:mk in April.”

Wesley Mullett, Crew Clothing Retail Director, said: “We’re so excited to have joined centre:mk – one of the country’s top shopping destinations. Supporting the British high street is key for us and it’s been so long since we’ve greeted customers in real life, it is brilliant to be able to see people enjoying shopping again.”

This opening is the fourth new store to open since April, alongside pop-up retailers Love Local and Hamleys committing to stay at centre:mk until the end of 2021.