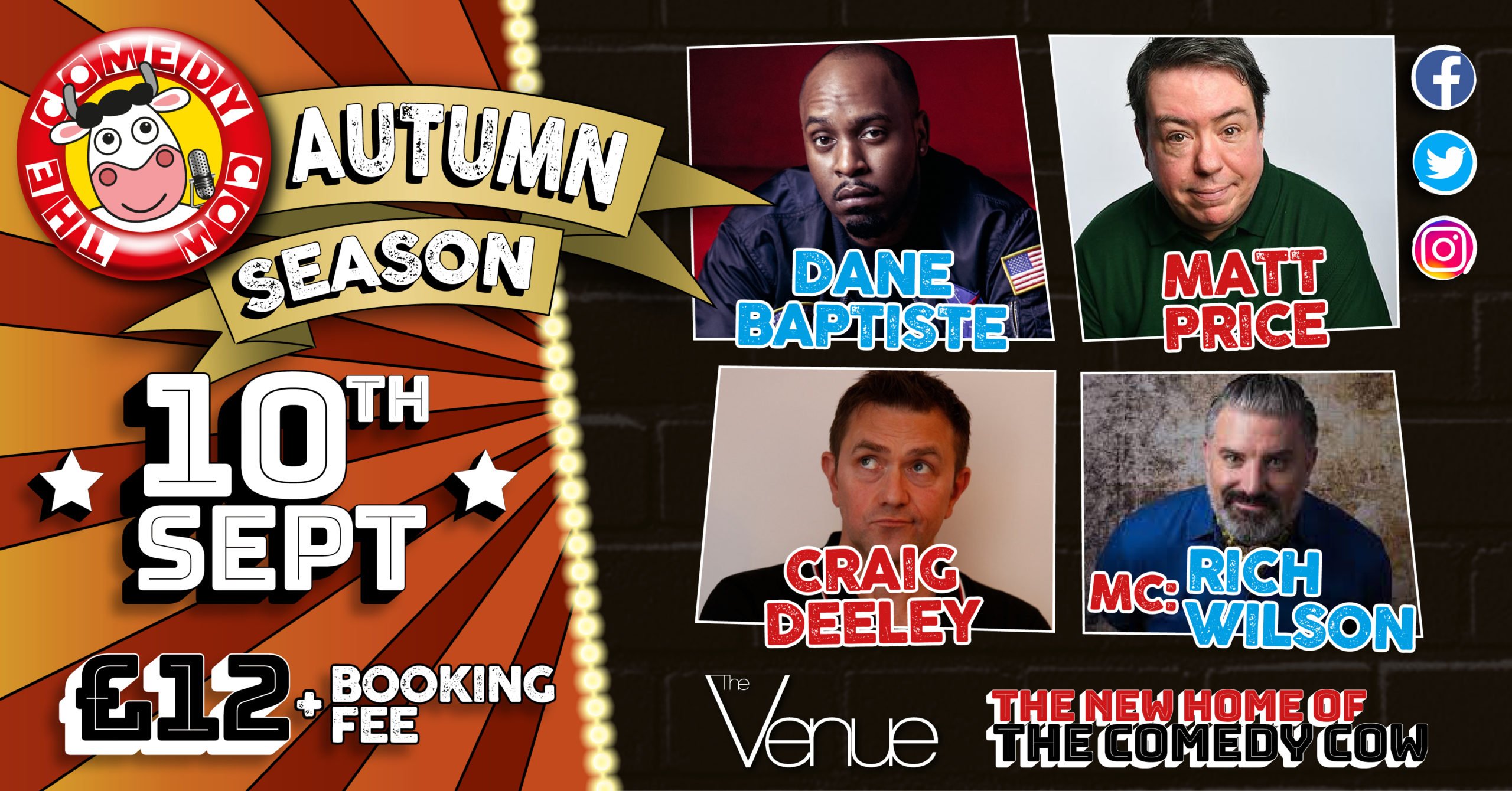 The Venue is our premier comedy night with seasoned professionals from the UK circuit. Our Theatre nights are the largest professional circuit nights in Milton Keynes and the surrounding areas. The shows are sure to provide you with belly laughs throughout in a stylish, modern auditorium. Comedians who have already appeared at our Prime Cut nights include, Ed Gamble, Zoe Lyons, Richard Herring, Simon Brodkin, Angelos Epithemiou, Stephen Bailey and many, many more.

September's show is headlined by Dane Baptiste, star of BBC Sitcom 'Sunny D' and host of the 'Question Everything' podcast. Dane is a regular guest on Steph's Packed Lunch, as well as having made appearances on Live at The Apollo, Mock The Week and 8 Out of 10 Cats.

Opener Matt Price joins us fresh from spending August in Edinburgh with his new show 'Raging Bill'. A hilarious, warm and engaging storyteller, Price is certain to get the laughter party started.