The Comedy Cow - Best in Stand Up - Destination Milton Keynes 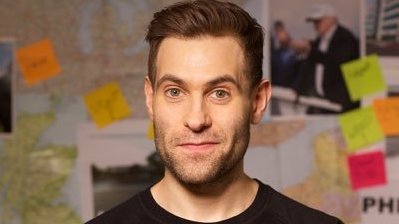 The Comedy Cow – Best in Stand Up

Comedy Cow Audiences Will Be 'Seeing Double' in The New Year

From January the Comedy Cow will be running at two venues on the 3rd Thursday of each month, one in Bedford and one in Milton Keynes, which means double the joy for audiences as they are guaranteed two headline quality acts on every single show. Each night the opening and the headline act will swap venues in the middle, whilst you are being kept entertained by an array of up and coming talent from the circuit, meaning every single night is a double Headline show, regardless of which of our venues you are heading to.

The Burrow at The Blues is fast becoming one of the most exciting venues for live comedy as their relaxed and ultra trendy bar makes a perfect setting for plenty of laughs. Meanwhile The Comedy Cow returns to Brewhouse: MK in the Theatre District, which played host to some absolutely electrifying gigs prior to the pandemic.

Kicking things off on January 20th will be Simon Brodkin and Scott Bennett,