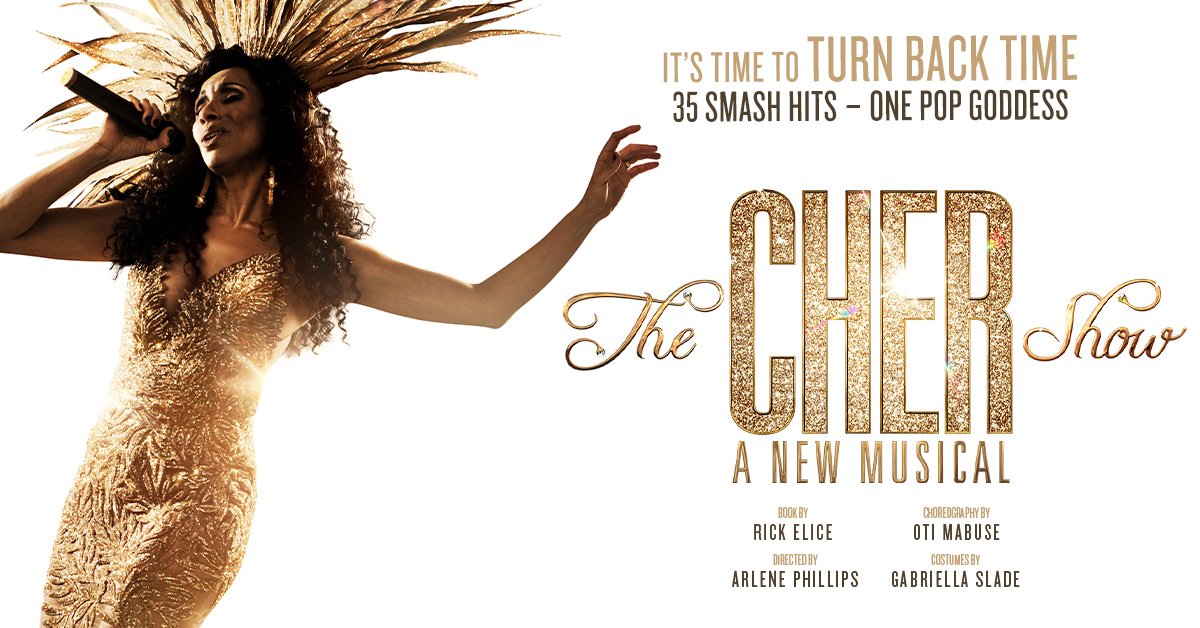 Goddess warrior of pop turned Hollywood royalty, the Grammy®, Oscar®, Emmy® and Golden Globe® award-winning Queen of re-invention has conquered it all. It’s now time to turn back time with this fiercely fabulous kick-ass new musical, from the writer of Jersey Boys, to honour the original Queen of sass – the inimitable Cher.

Six decades of stardom, over a hundred million records sold. Legend, icon, Queen. She is Cher and this is her show.

From a young kid with big dreams, to the dizzying heights of global stardom, The Cher Show tells the incredible story of Cher’s meteoric rise to fame, flying in the face of convention at every turn.

In a dazzling glitter fest of flamboyant glory, sparkling with Cher’s signature wit and style, you’ll be spinning in the aisles to the sounds of her biggest hits, including The Shoop Shoop Song, I Got You Babe, If I Could Turn Back Time, Strong Enough and Believe.