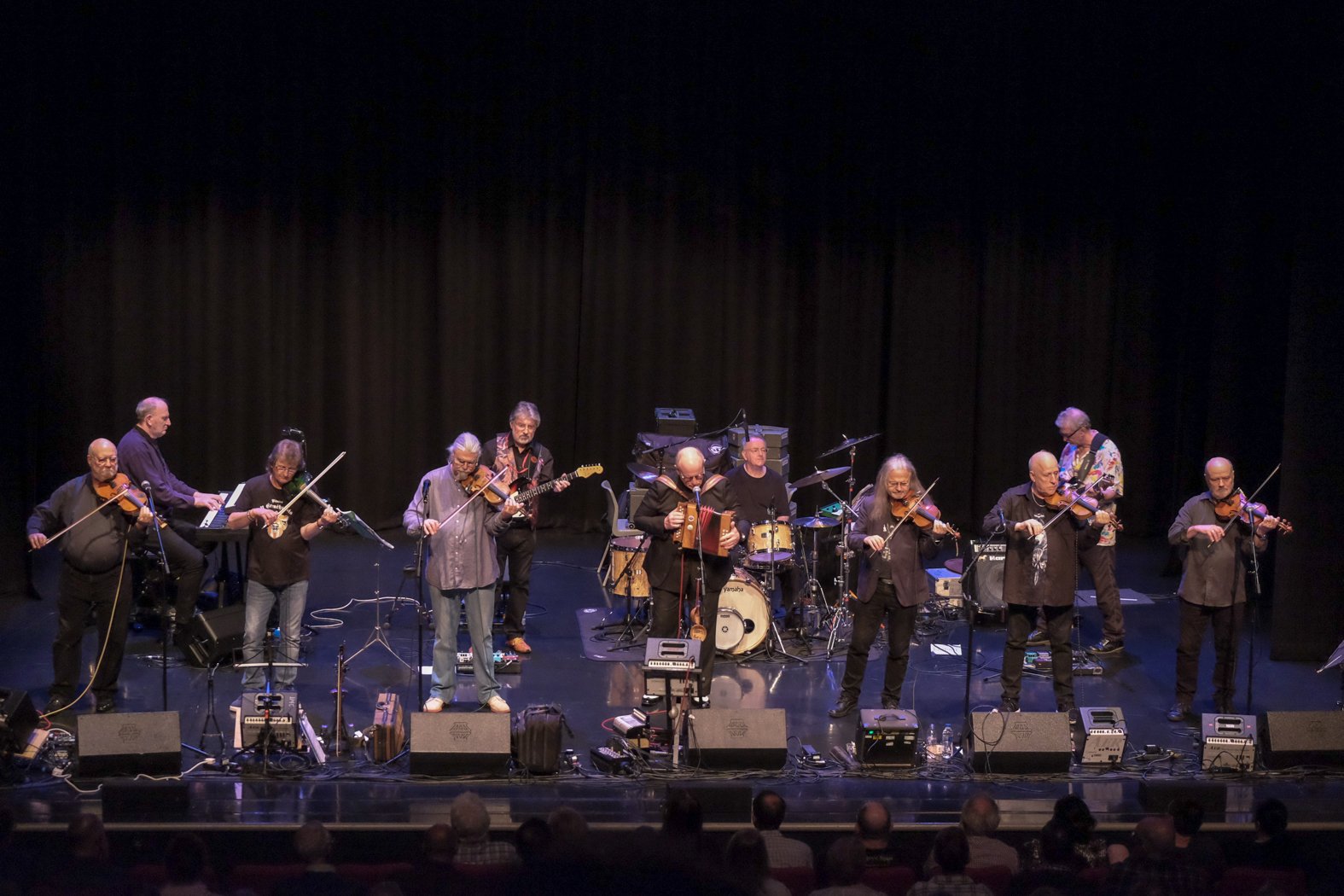 What started as an idea in a folk club has become a national folk-rock institution. Feast of Fiddles has been variously likened to a “group of geography teachers” or “Bellowhead with bus passes!” but doesn’t seem to be slowing down any. A band that puts on a show of huge dynamic range performed with passion, joy and a liberal dose of fun.

Typically, fiddlers Peter Knight (Gigspanner, Steeleye Span), Chris Leslie (Fairport Convention), Brian McNeill (Battlefield Band), Ian Cutler (Bully Wee), Tom Leary (Joe Brown Band) and Garry Blakeley (Band of Two) add the large range of fiddle playing styles to the rock back-line of guitars, keyboards, sax and accordion – all held together by legendary drummer Dave Mattacks. The band often has other fiddle players join them and Marion Fleetwood is one such expected to be involved. All together, a live music entertainment like no other on the circuit which is guaranteed to be enjoyed by even the most doubting of friends dragged along!