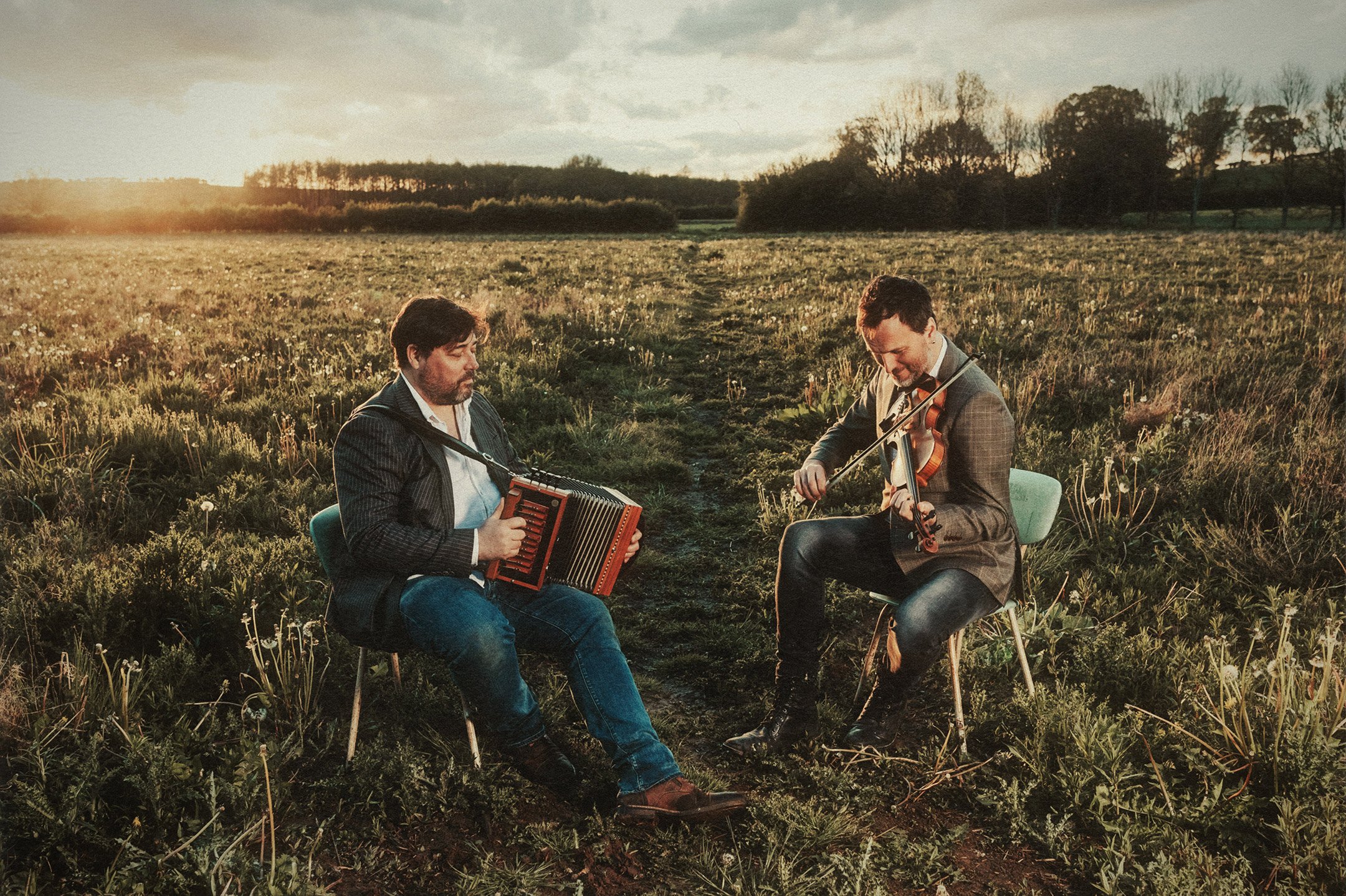 By the time John Spiers and Jon Boden had hung up their highly regarded hats as the Spiers & Boden duo in 2014 they had earned a place in the hearts of the folk audience that few could rival. Described by The Guardian as ‘the finest instrumental duo on the traditional scene’,

Spiers & Boden first rocketed onto the music scene in 2001, quickly winning a clutch of BBC Radio 2 Folk Awards and went on to become one of the best loved duos on the English folk scene and beyond. John and Jon also founded and fronted the pioneering and hugely successful folk big band Bellowhead, whose stellar career increasingly came to dominate their time. But now, after exploring solo projects, the duo is back with the album ‘Fallow Ground’ (Hudson Records), plus festival appearances and a 23 date UK comeback tour in October ’21, which included the sold out Spiers & Boden Festival at Cecil Sharp House, London.