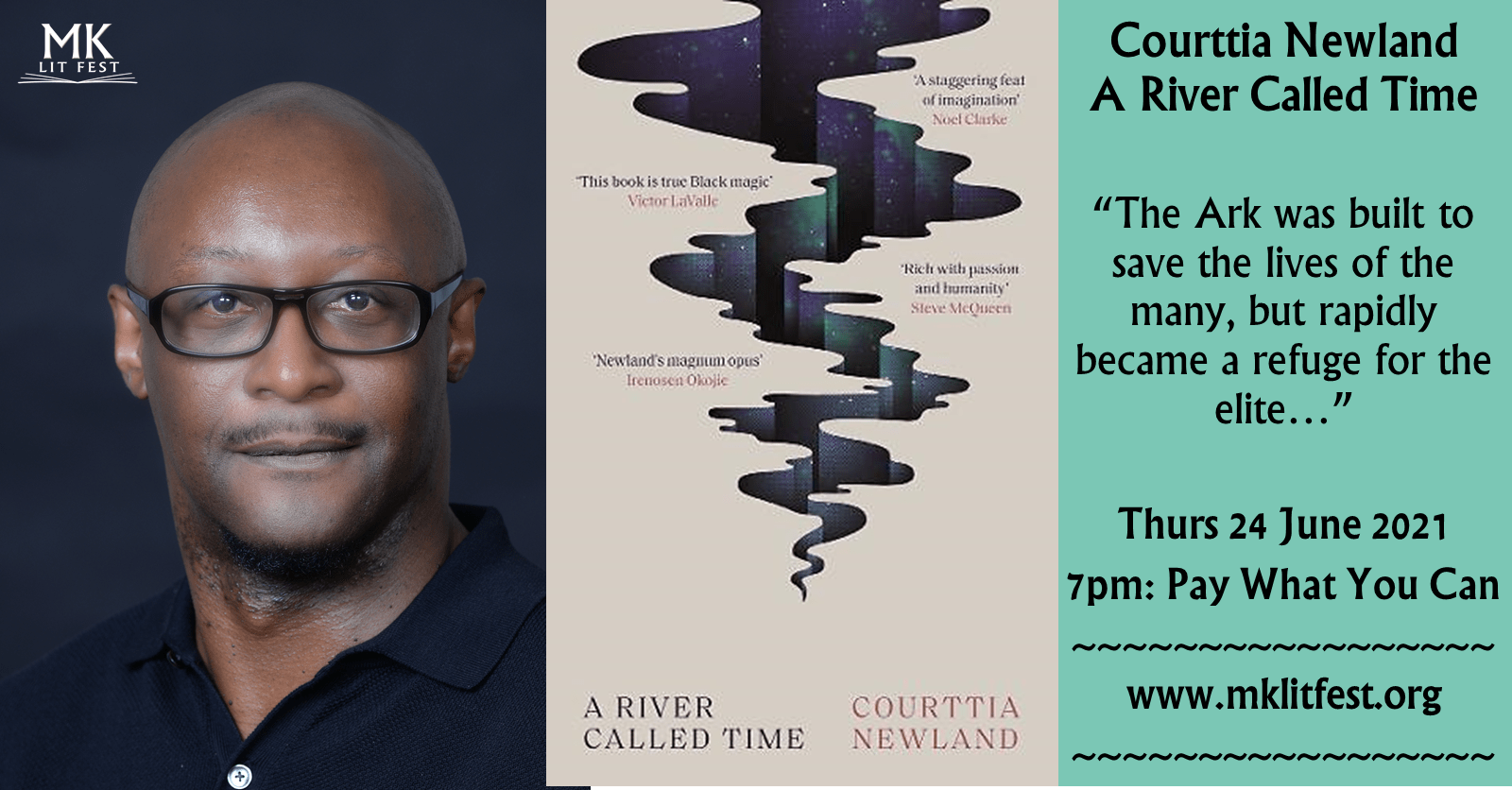 Cost of Entry: FREE or Pay what you can

Set in an alternate world where slavery and colonialism never happened, A River Called Time is at once a timely exploration of social inequality and a story about love and the search for the truth.

As a screenwriter Courttia has co-written two feature length films for the acclaimed Steve McQueen BBC series Small Axe. Newland’s short stories have appeared in many anthologies, broadcast on BBC Radio 4 and included in Best of British Short Stories 2017.