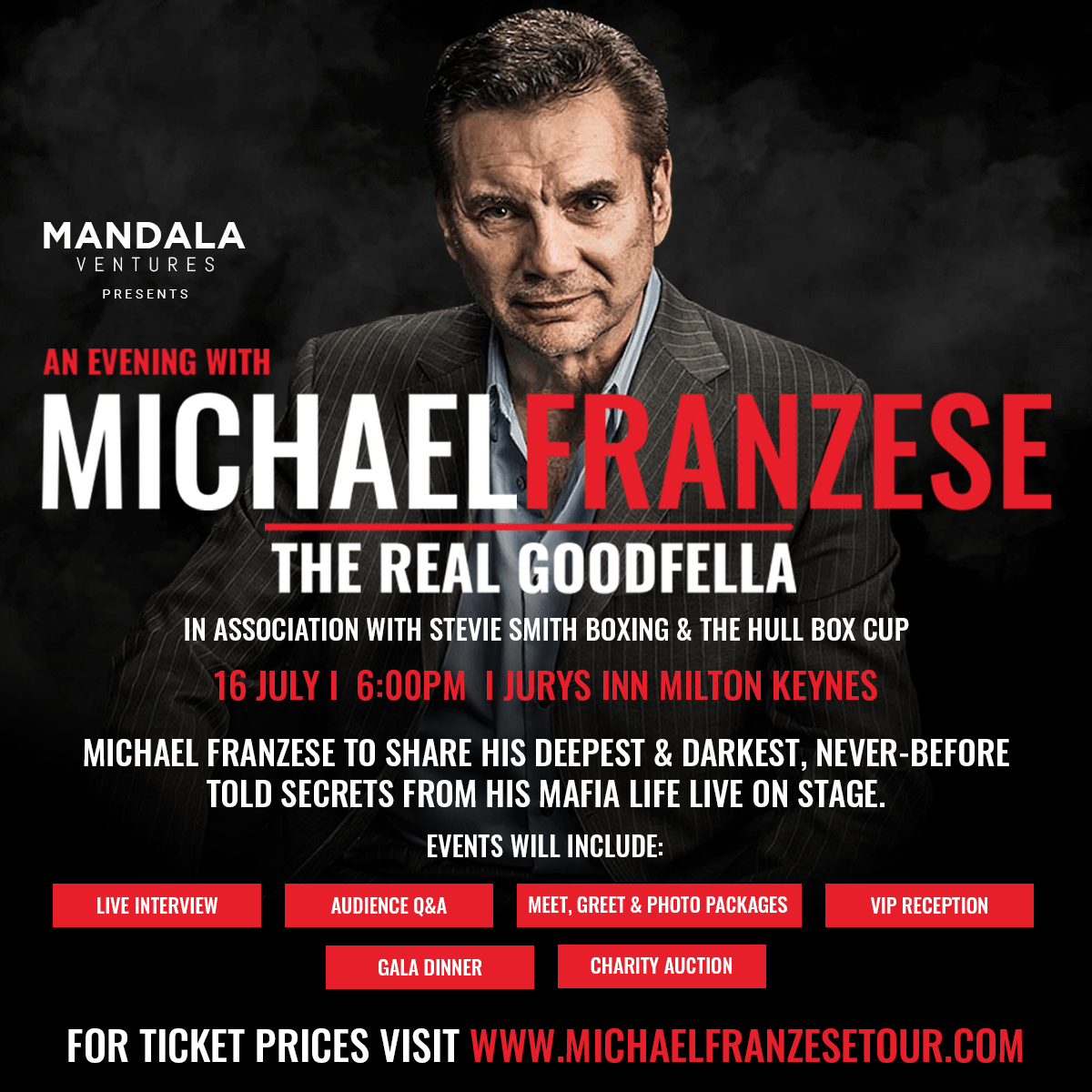 See former high-ranking Mafia Prince, seen in Netflix’s ‘Fear City’, live on stage. Gala dinner and Q&A event with secrets from within one of history’s most notorious Mafia families!

Tickets are on sale now for “An Evening with Michael Franzese – The Real Goodfella”, at Jury’s Inn in Milton Keynes on the 16th July.

With a three-course gala dinner, audience Q&A and a series of VIP experiences available, sit comfortably as Michael Franzese shares untold stories as the first high-ranking official member of a major Mafia crime family to have walked away without protective custody and survived.

Once portrayed in the legendary film ‘Goodfellas’, Michael will take the Milton Keynes audience on a journey through the deepest and darkest never-before-told secrets of a former ‘Caporegime’ (Captain) of the Colombo crime family who ran New York alongside four other family mobs across multiple decades.