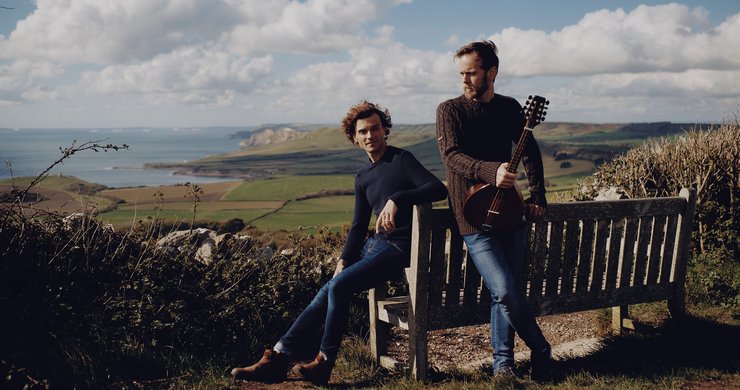 Ninebarrow are a multi-award-winning folk duo, who are impressing audiences across the country with their innovative and captivating take on the folk tradition.

For this special concert, they will be performing under Gaia by Luke Jerram in Middleton Hall.

Described by Mark Radcliffe as sounding like "two halves of one voice", by Seth Lakeman as "a fantastic duo" and by Kate Rusby as £absolutely amazing", Jon Whitley and Jay LaBouchardiere combine breathtaking vocal harmonies and melodies, delivering songs that are inspired and rooted in the landscape and history of the British Isles.

The Dorset-based duo have carved themselves a distinctive niche on the folk roots scene for their outstanding harmonies, delicate instrumentation and engaging songs. Nominated in the 2017 BBC Radio 2 Folk Awards for Best Emerging Artist and most recently picking up Best Duo in the Folking.com awards 2019, their latest album, A Pocket Full of Acorns (released in March 2021) was released to wide-spread acclaim.