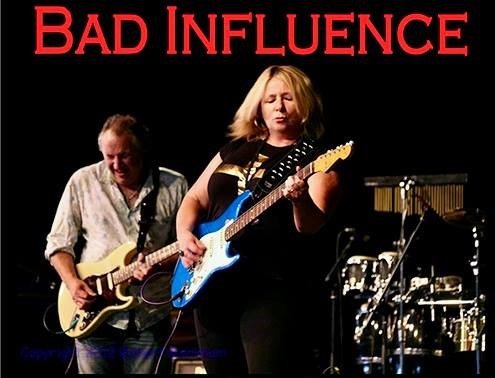 Cost of Entry: £10 per person Email us at [email protected] to reserve your seat or table

The band has existed for 25 years and has received much critical acclaim for both their original songs and their strong covers of Tom Petty to Bonnie Raitt to Fleetwood Mac etc.

Val has been described as having "a tidal wave of a voice that can take on the mantle of our greatest singers", while the band's overall performances receive reports such as. "Bad Influence always leave their audiences handsomely entertained".
www.badinfluence.org.uk